Whether you’re a football fan or not, the trailer for Welcome to Wrexham is bound to leave your eyes welling up with tears, as two Hollywood stars shine a spotlight on a team and its incredible connection with its community.

In November 2020, it was announced that Deadpool star Ryan Reynolds and It’s Always Sunny in Philadelphia’s Rob McElhenney had won their bid to buy Wrexham AFC, after promising to inject £2million into the Welsh club.

Almost two years later, the pair’s documentary series about their venture and the club is set to be released, taking viewers behind the scenes as the team and their supporters bolster one another in a way that many will undoubtedly compare to the fictional Ted Lasso.

The trailer for the Disney Plus programme opens with gradually-building chants from the Wrexham fans, as Rob and Ryan are questioned about what their connection was to Wrexham AFC that prompted them to buy the football team over in Wales.

Rob admits that they had no direct connection to the club, stating: ‘It was just a feeling,’ as Ryan jokingly confesses in response to a young fan that the link came from Wrexham’s team colour being red, the same as his Deadpool suit.

The trailer places a lot of emphasis on the symbiotic relationship between the players and the town, with Ryan opening up about the biggest challenge he and Rob are facing from the community, who might question: ‘What are these two guys doing here?’ 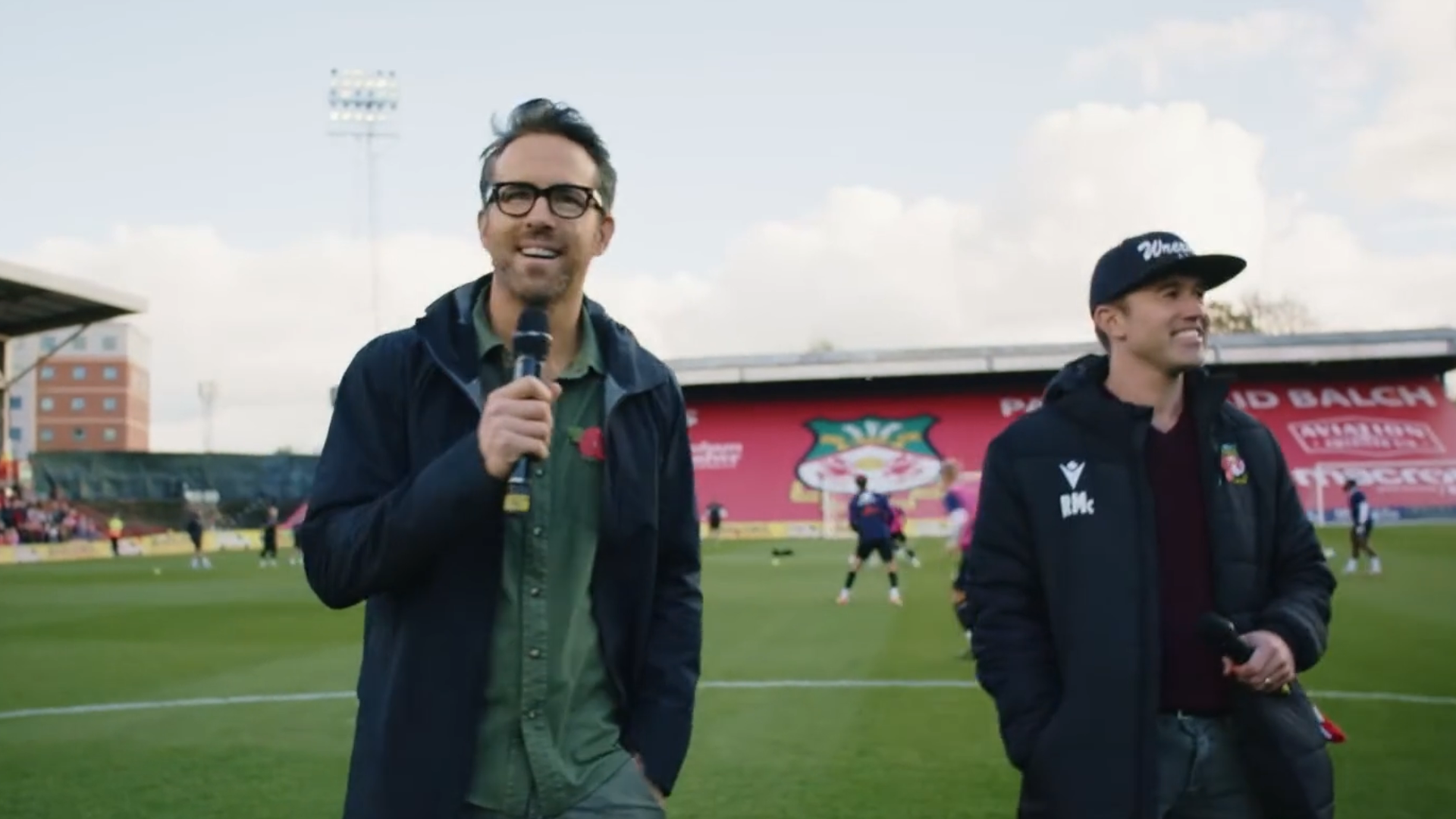 The actors are gobsmacked when they’re shown the gym at Wrexham for players, which is seriously lacking in facilities for professional footballers.

Meanwhile, a voiceover emphasises how much Wrexham has been through in the past, stating: ‘Wrexham is a town that battles against odds constantly. But the thing that we love more than anything is the football club.’

Various clips show a glimpse of what viewers can expect from the series, from one player expressing their anger in the locker room to another being carried off the pitch on a stretcher, as Elvis Presley’s Can’t Help Falling In Love plays in the background.

‘It’s an underdog story and it’s about interconnectivity between the club and the community,’ Ryan says, as someone else from the community stresses that to them, football isn’t about ‘life and death’ – ‘It’s more important than that.’

Rob also opens up about his childhood watching sports with his dad, and how much it meant to him.

People online who’ve watched the trailer have been overwhelmed with emotion, with one writing: ‘I’m not crying you are.’

‘This gave me goosebumps….and a little tear in the eyes, someone else said, while another said: ‘This gave me chills!’

Hugh Jackman, who’s frequently embroiled in a light-hearted feud with Ryan, commented on his Instagram post: ‘I’m in a puddle of happy tears and covered in chill bumps. I can’t wait to watch. I am in love with Wrexham and … you. #welcometowrexham.’

‘This feels like real life Ted Lasso,’ someone else said, with another commenting: ‘Who doesn’t love an underdog story!’

Welcome to Wrexham premieres in the UK on Thursday August 25 on Disney Plus.