The Real Housewives of Beverly Hills star and her husband married in 1998, and they share three children, Alexia, Sophia, and Portia. 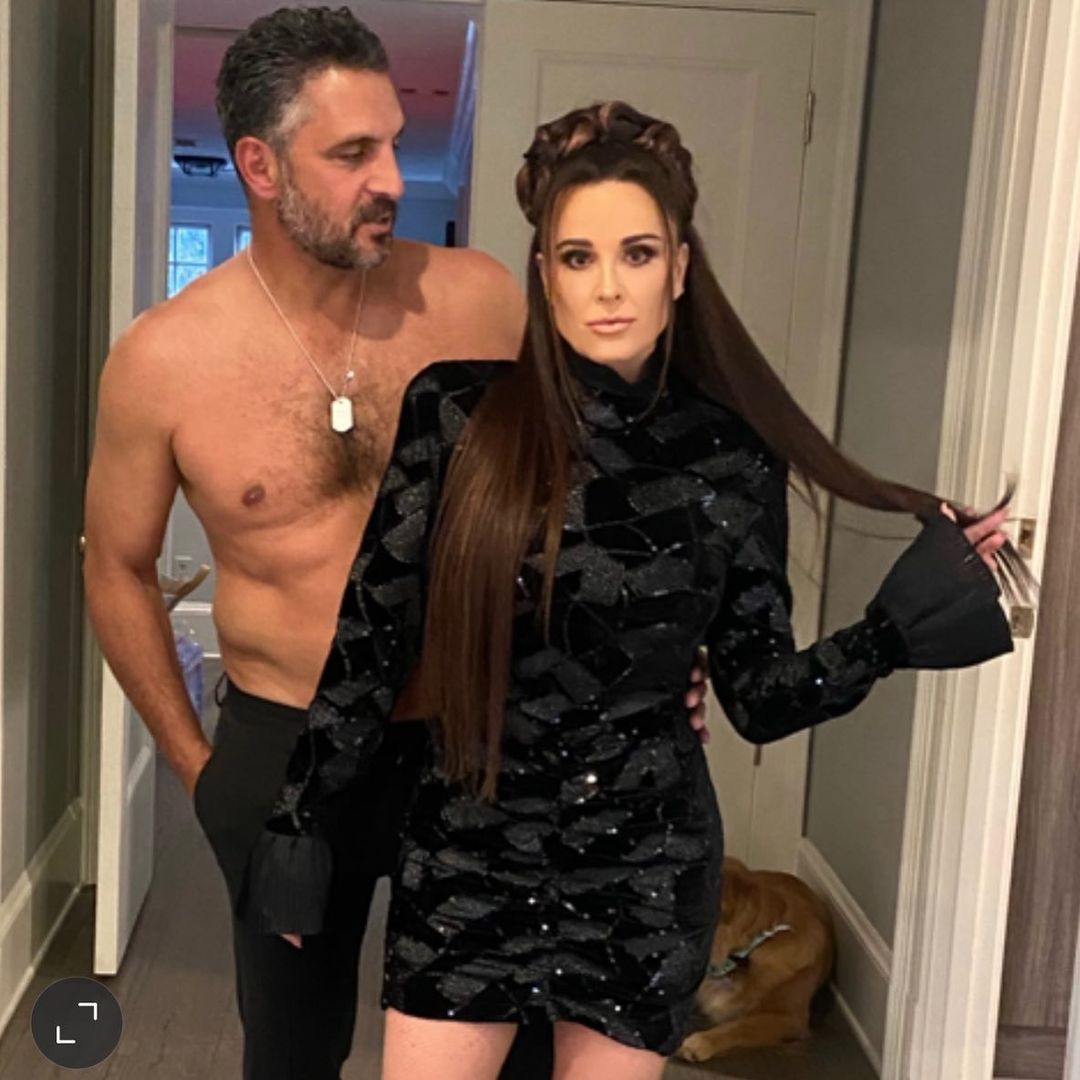 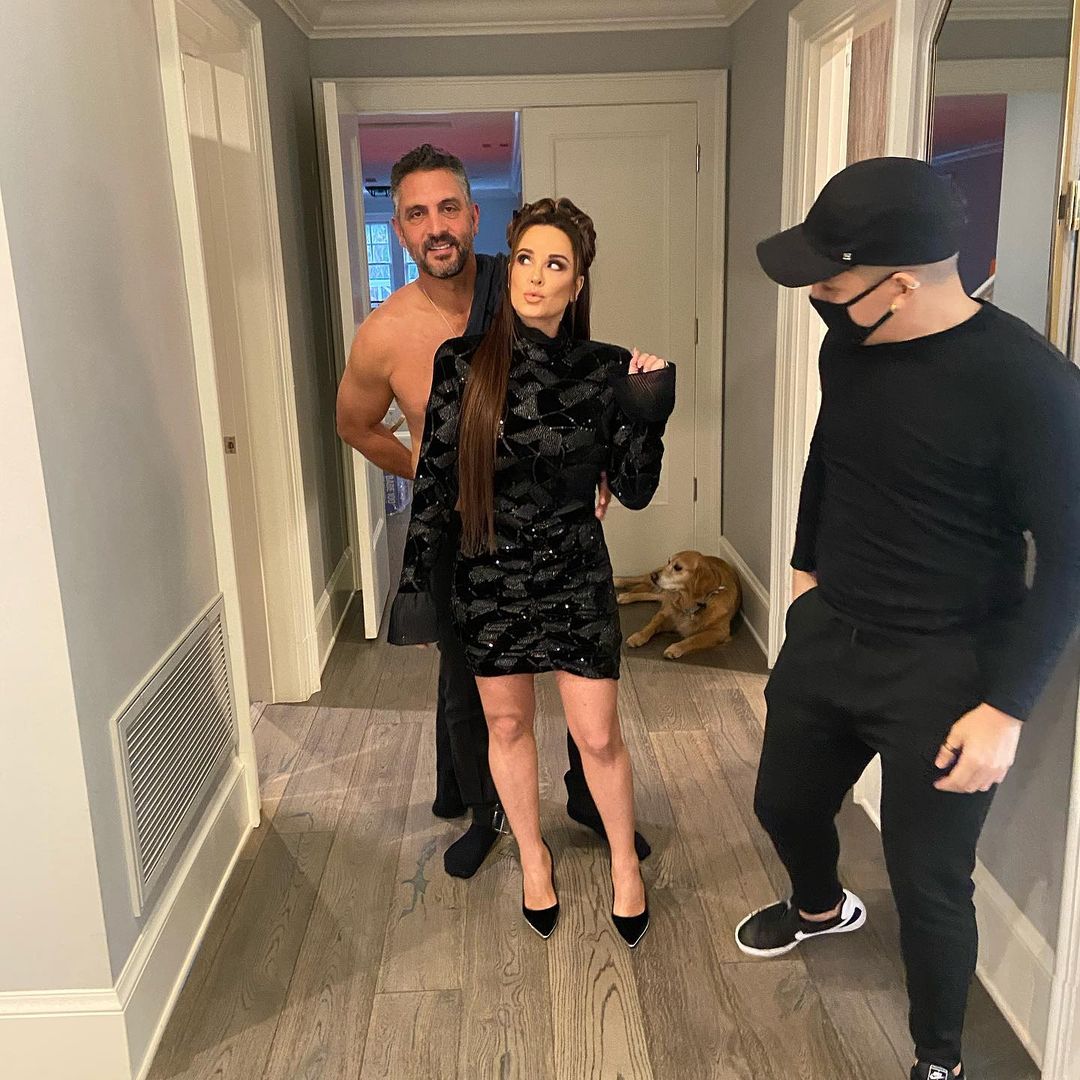 Kyle, 52, brought out the big guns last night when she flaunted her toned figure in a beautiful tight black dress with bell-sleeve and gemstone embellishments.

The reality star's hair was expertly done, and her long dark locks hung to her waistline.

Mauricio, 50, stared lovingly at his wife while completely shirtless as she posed effortlessly for the camera.

In a few other photos, Kyle looked radiant as she modeled her chic look and showed off her professionally created hairstyle. 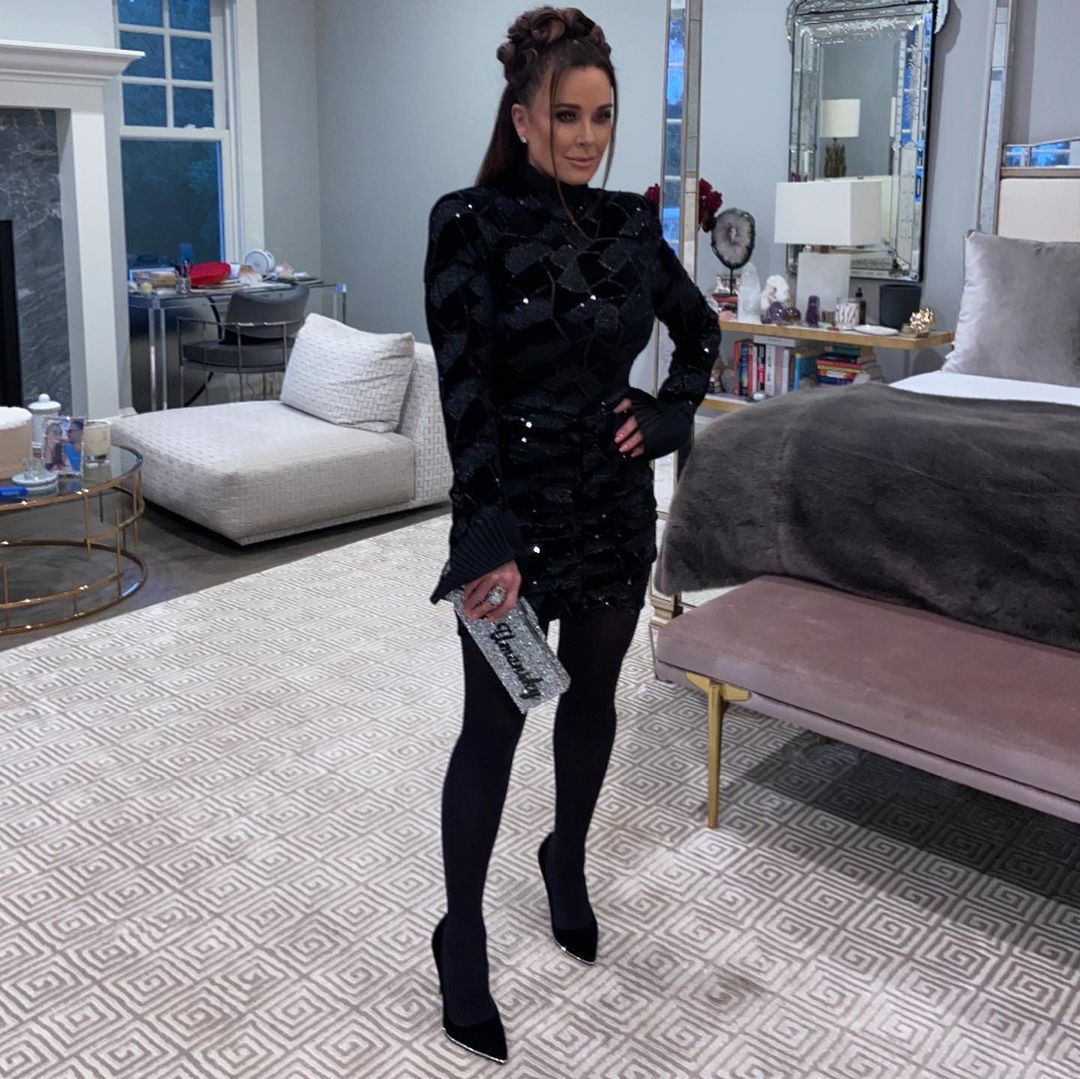 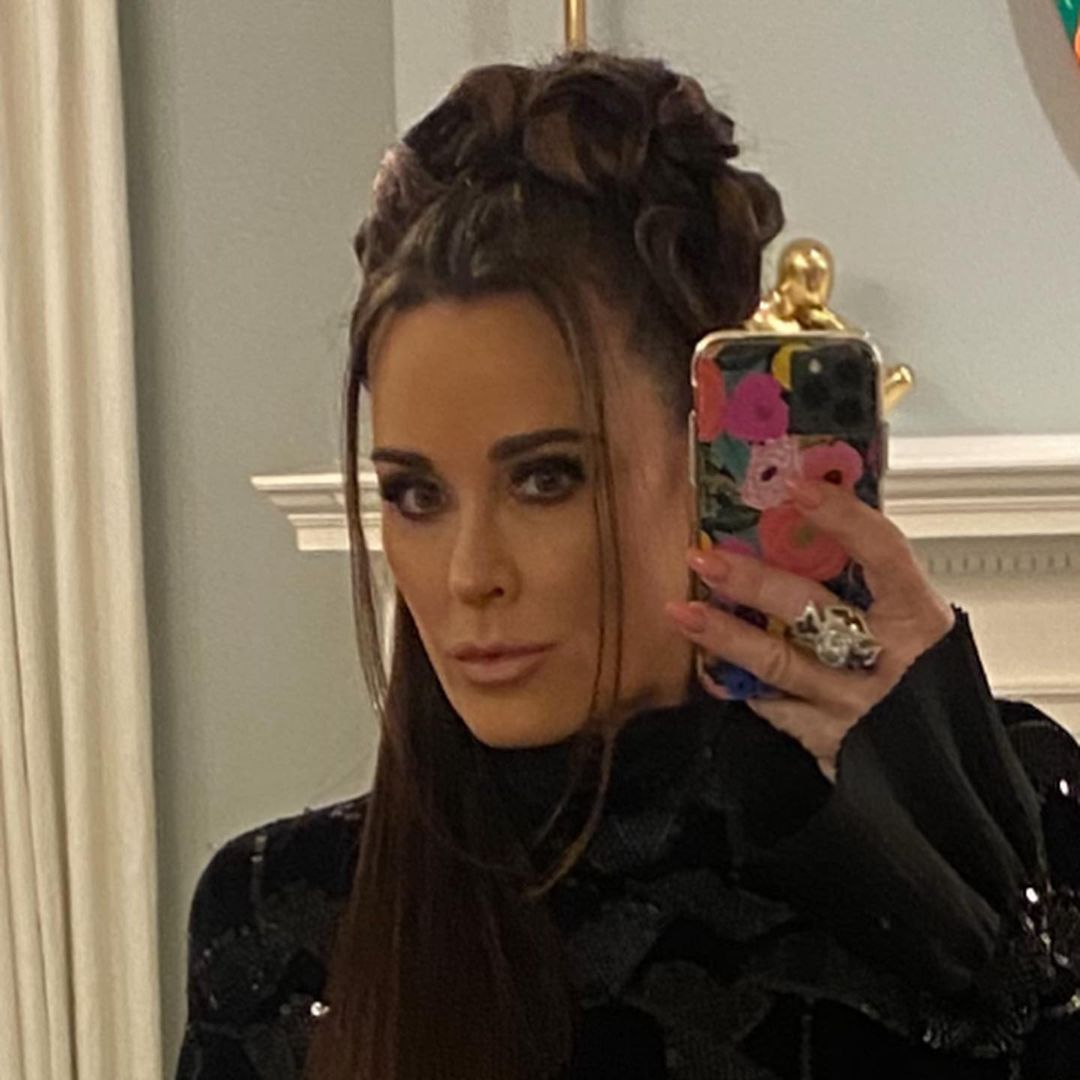 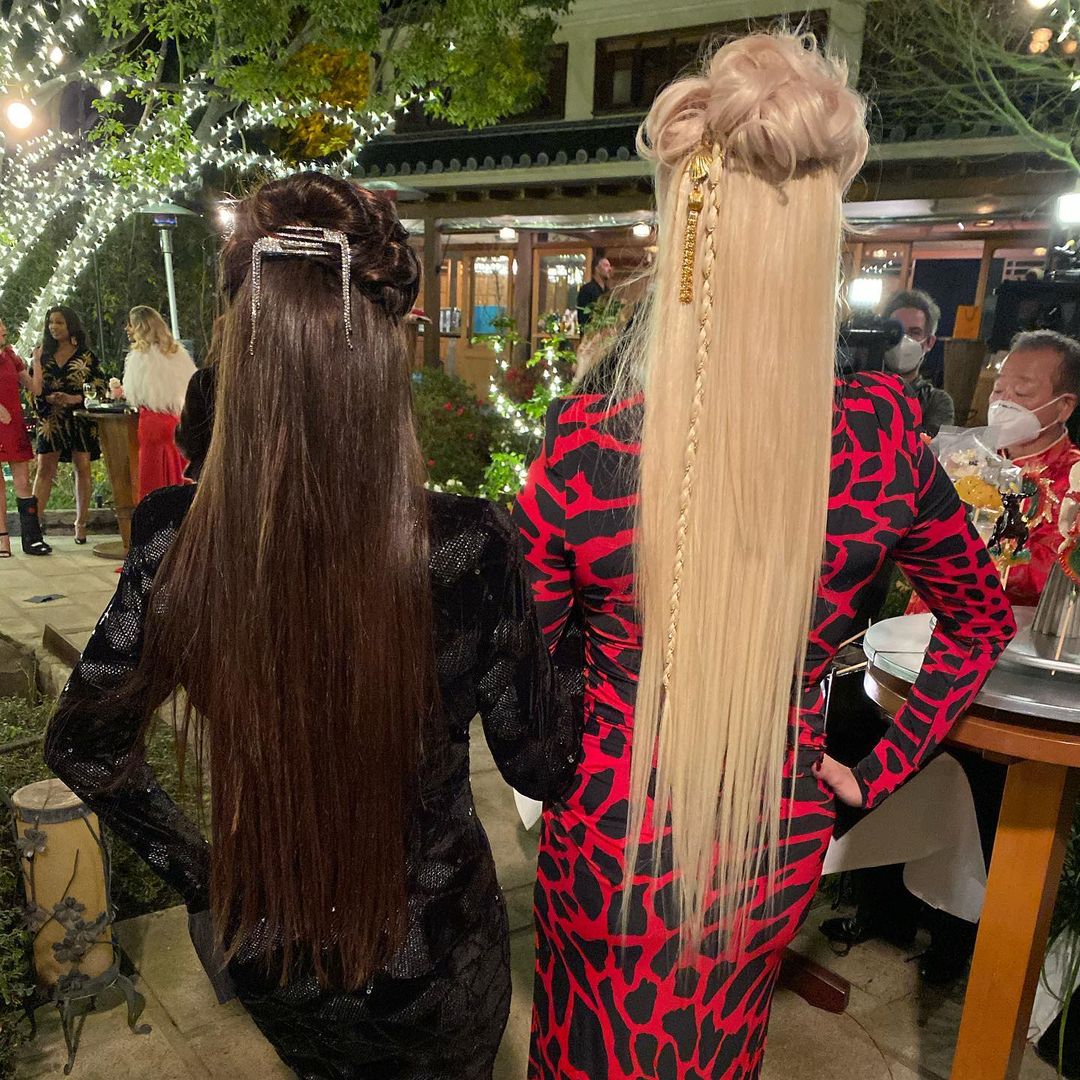 The TV personality captioned her collection: "Ready for some fun 🤩 hair @princeangelll make up @glambypamelab."

Kyle recently shocked fans when she revealed that she had gotten a nose job this past November.

The Bravolebrity admitted to having the surgery and that Mauricio was concerned she wouldn't “look like” herself.

When the mom of four shared her first selfie post-operation, her followers were shocked at the outcome. 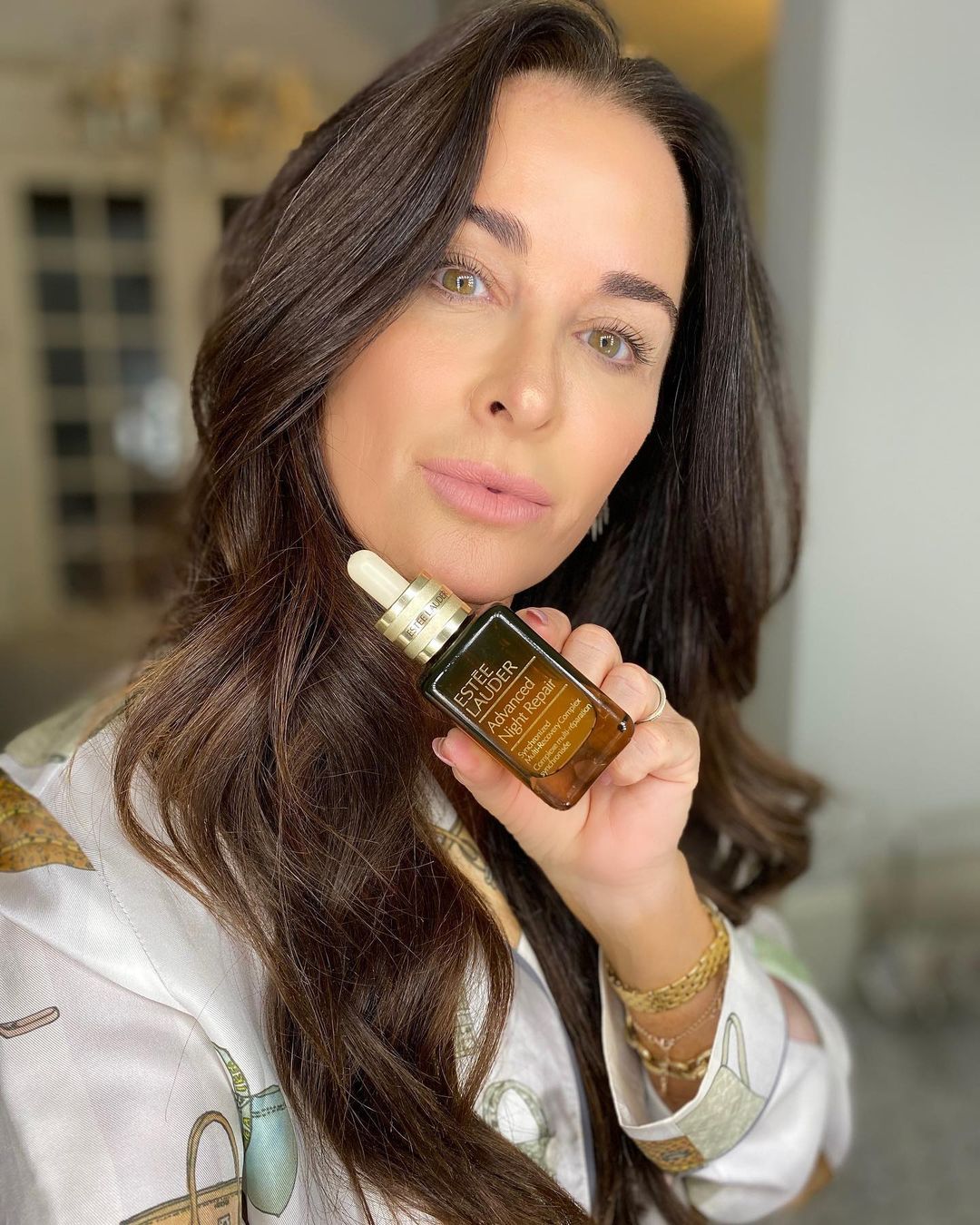 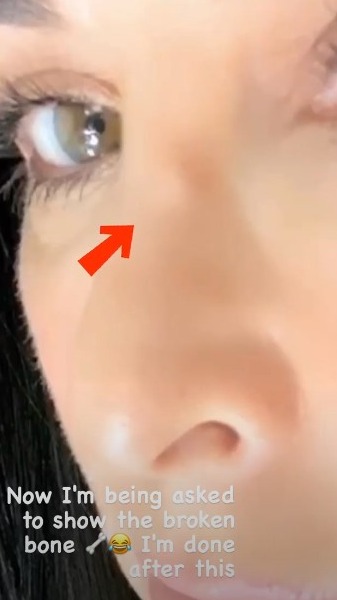 One exclaimed: “Your last surgery has totally changed your face. I had to check the account name to see who the pic was.

“Not bad, just very different and somehow much less you, at the moment.”

Kyle later shared details on the procedure, which she claimed "was not painful at all."

Instead of suffering through recovery, the brunette wrote that she was "enjoying the downtime and watching movies." 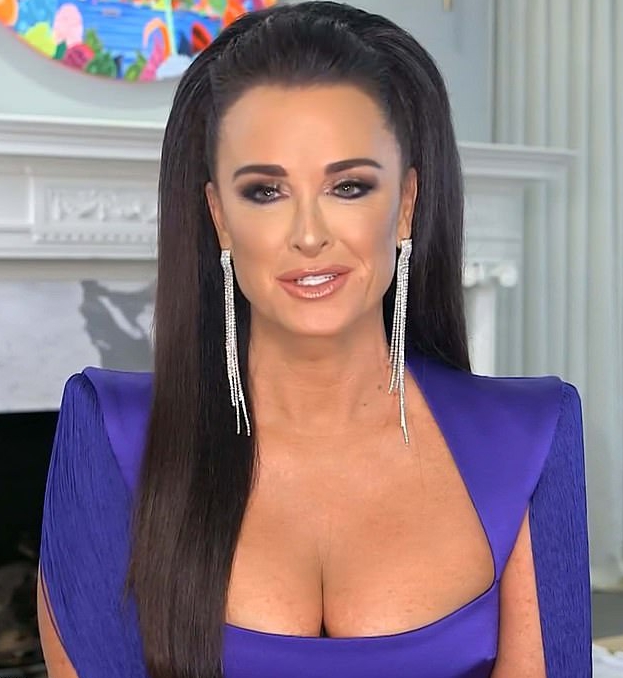 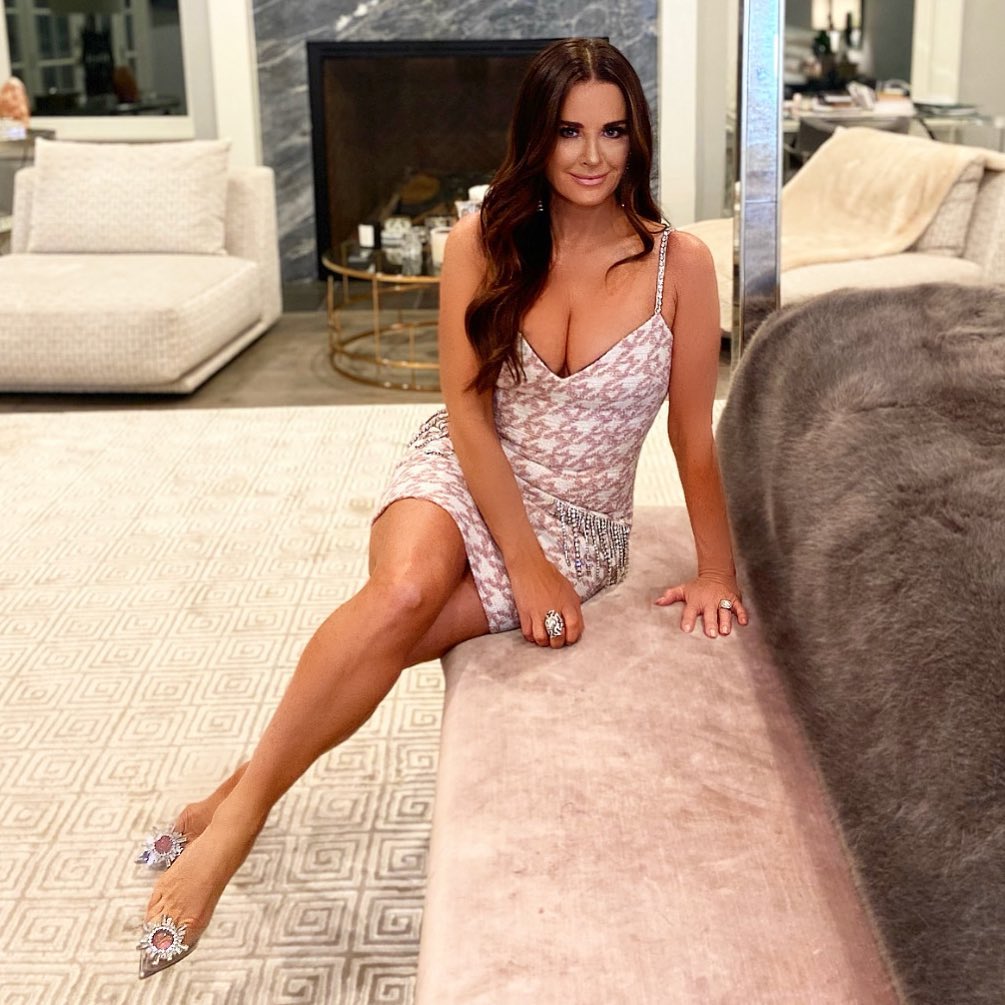 She then explained her reasoning for going through the surgery as her attempt to fix "the bone poking out" after breaking her nose last September.

The child actress revealed that she: "fixed the bone, fixed my breathing problems and refined the tip. I will always tell you guys the truth," she told her fans.

This past December, Kyle contracted the Covid virus, which she later divulged that she incidentally passed to her daughter Sophia, 20.

Though she attempted to isolate from her family, her daughter unfortunately caught the sickness, and the two were forced to quarantine together. 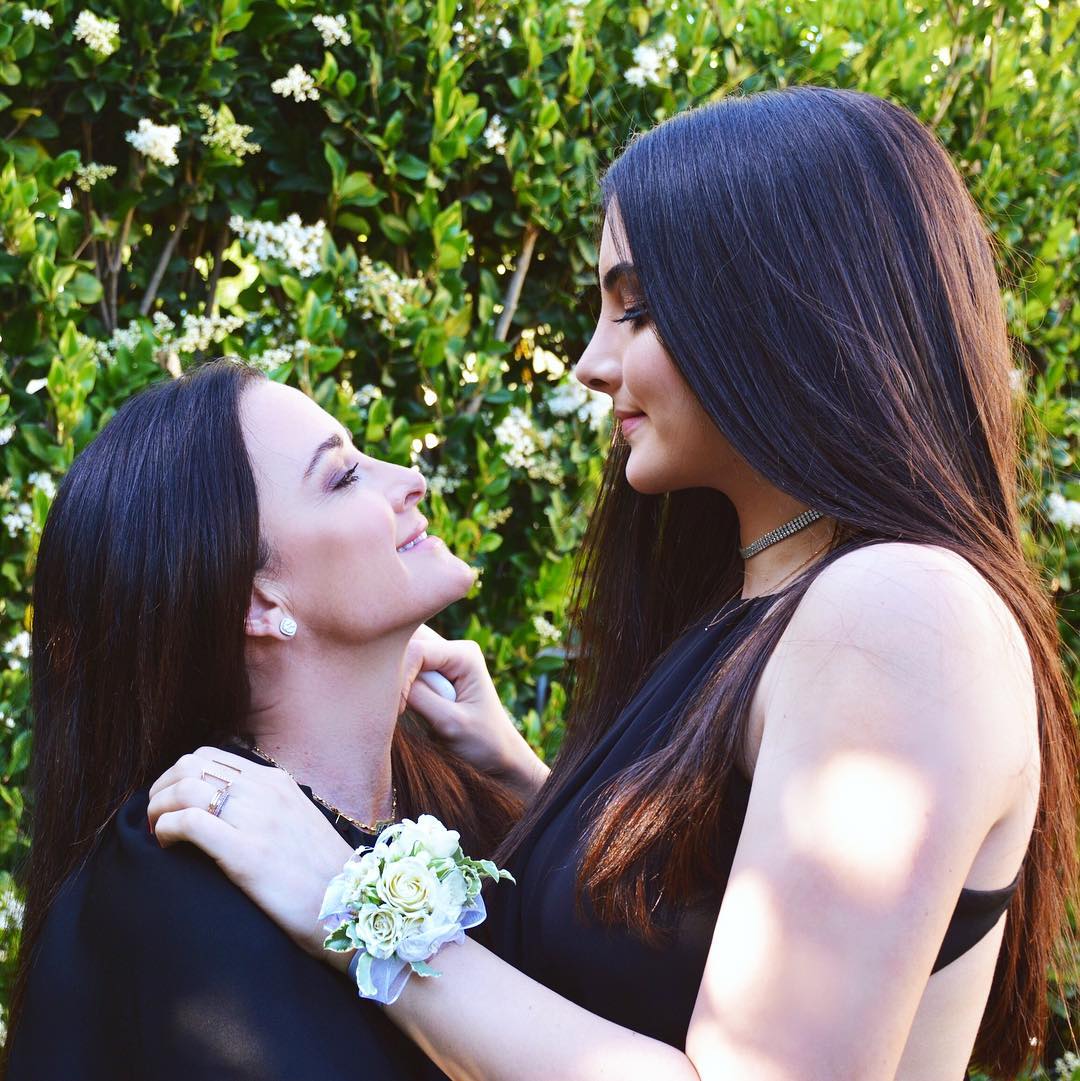 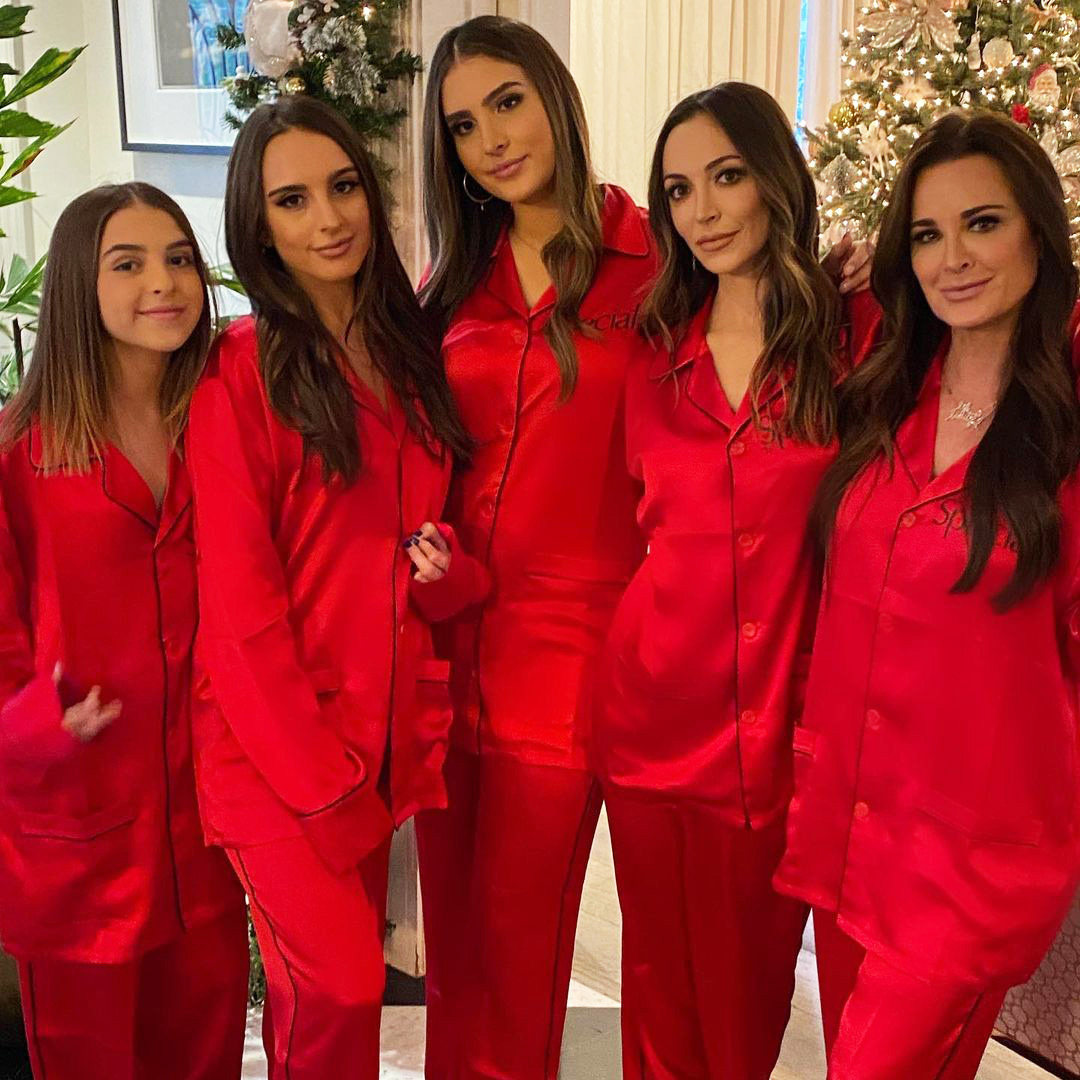 Kyle posted a series of holiday photographs with her husband and kids on Instagram, captioned: "I love these people so much. Some of you may have heard I have COVID. I got it after these photos were taken.

"Since I was diagnosed I have been separated from my family in order to keep them healthy. Unfortunately, Sophia also got it. We will stay in isolation until it's safe to see the family and others again. I can't wait to hug them."

Filming for Real Housewives of Beverly Hills was shut down due to the virus contraction, as Kathy Hilton and Dorit Kemsley also tested positive. 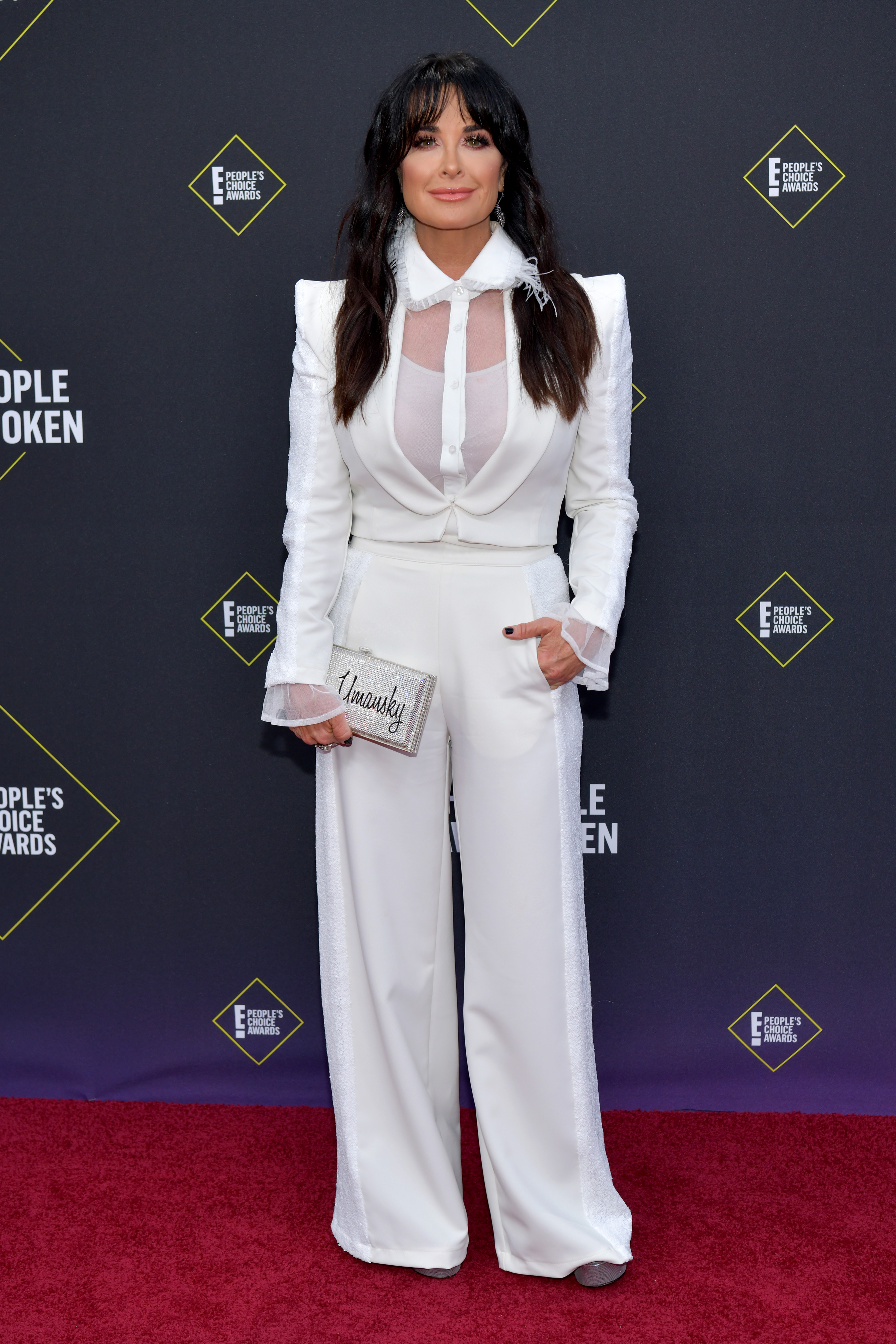 The Bravo show was closed down indefinitely after the outbreak, as a source previously revealed: "The set follows rigorous Covid-19 safety protocols including contract tracing.

"Out of an abundance of caution, production is shutting down for two weeks."

Season 11 of RHOBH is set to premiere in April 2021, though the latest shutdown could cause a delay.

Tags: 52, Kyle, RHOBH’s, Richards
You may also like
Celebrities News