After Elvis Presley’s death, Priscilla’s life changed dramatically. She and Elvis had divorced four years beforehand, but his legacy still remained central to her life and they were close until the day he died. When Elvis was gone, Priscilla was given the opportunity to pursue her own path and a career outside of being on Elvis’ arm.

What films was Priscilla Presley in?

The 1983 movie Love is Forever focused on the life of journalist John Everingham, who was played by Michael Landon.

After this, before making her break in cinematic films, Priscilla played Jenna Wade on TV soap opera Dallas. 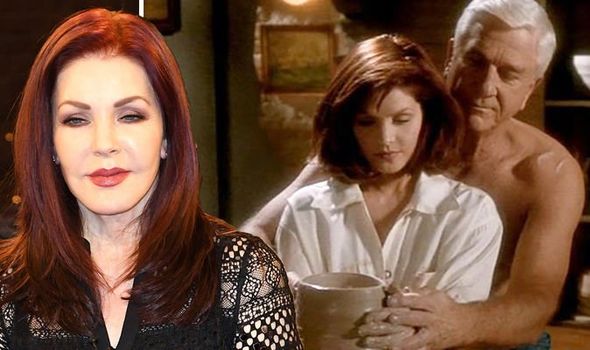 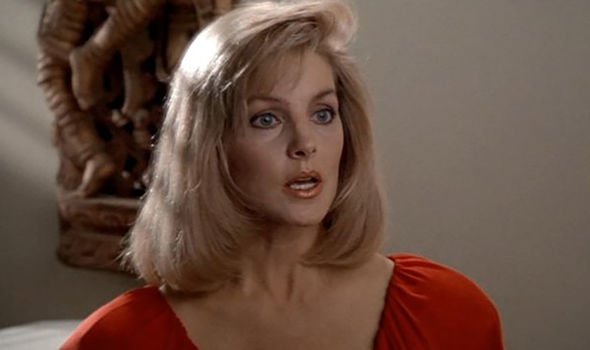 She was a series regular, appearing in 143 episodes and was intimately linked with the famous ‘Who Shot J.R.?’ storyline through her character’s relationship with Bobby Ewing, J.R.’s son.

Priscilla’s first big movie came as Jane Spencer in The Naked Gun, also known as The Naked Gun: From the Files of Police Squad!

This was the first in a series of Naked Gun films, all starring comedy legend Leslie Nielsen.

Priscilla appeared in all three of the movies, with The Naked Gun 2 ½: The Smell of Fear coming out in 1991 and Naked Gun 33 ⅓ : The Final Insult being released in 1994. 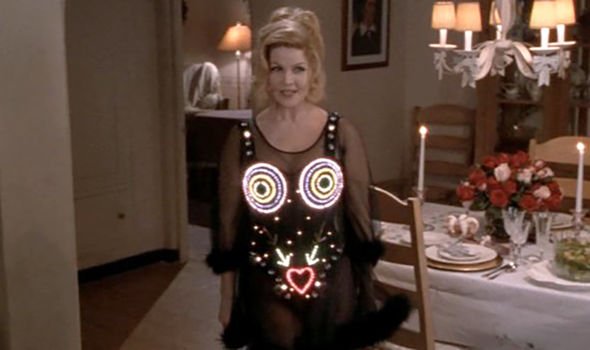 In between these roles, Priscilla starred in The Adventures of Ford Fairlane, a comedy-mystery film which did not impress fans or critics.

Famed film critic Roger Ebert wrote at the time of release in the Chicago-Sun Times: “The Adventures of Ford Fairlane is a movie about a hero I didn’t like, chasing villains I didn’t hate, in a plot I didn’t understand.

“It is also loud, ugly and mean-spirited. That makes it the ideal vehicle for Andrew Dice Clay.”

After these performances, Priscilla’s final two movie roles were 10 years apart, and both were TV films rather than cinematic releases. 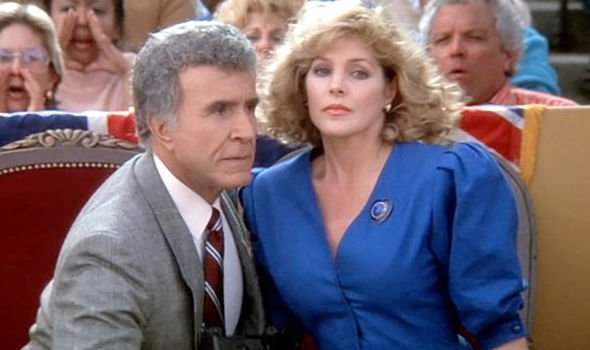 The first was Hayley Wagner, Star, in 1999, after which she appeared as herself in Wedding at Graceland.

Altogether, Priscilla only appeared in four films which had a cinematic release after the death of Elvis.

This moment in Priscilla’s life was hugely influential, and she has even spoken about how she ‘wanted to die’ when she found out about his death.

She wrote in her 1985 memoir: “I locked myself in the bedroom and left instructions that I would not speak to anyone, that I wanted to be alone.

“In fact, I wanted to die. Love is very deceiving. Though we were divorced, Elvis was still an essential part of my life.

“Over the last years, we’d become good friends, admitting the mistakes we’d made in the past and just beginning to laugh at our shortcomings…

“We had a bond: We’d become closer and had more understanding and patience for each other than in our married life.”

Despite her heartbreak, she was able to forge a career for herself in film and TV, while also helping to maintain Elvis’ legacy.

Tags: entertainment, headlines, movies
You may also like
Celebrities News