As Outlander fans patiently wait for the sixth season of the epic drama series, the show’s stars have teamed up for a new travel miniseries around Scotland. Actor Graham McTavish, who portrays Dougal MacKenzie in the Starz series, is very close friends with Jamie Fraser actor Sam Heughan. McTavish has since detailed what life on the road with Heughan was really like.

Men in Kilts: A Roadtrip with Sam and Graham is a new road trip miniseries starring Outlander stars McTavish and Heughan.

After starring together for years in Outlander, the pair have now travelled together across Scotland to discover their unique heritage.

The series debuted in February 2021 on Starz and was a major hit with audiences, especially Outlander fans who were thrilled to see the two actors together again.

McTavish recently discussed the series in a video interview with Gold Derby and detailed his relationship with Heughan. 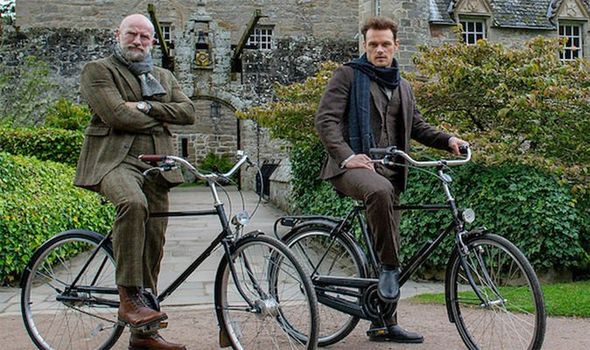 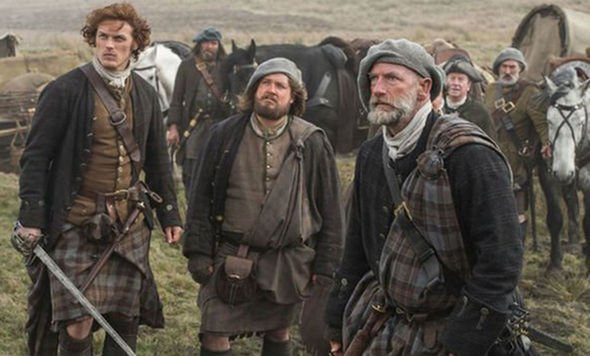 McTavish joked: “I actually have been on two campervan trips with Sam and survived both and survived Outlander, and yet still seem to be coming back for more.”

He jokingly added that there is an “element of Stockholm Syndrome” in his relationship with the Jamie Fraser actor.

Speaking about his relationship with Heughan, McTavish stated that he “totally” loves him and that they “get along very well”.

The actor also explained that their on-screen bickering in Men in Kilts is the “strange” British humour, where if you are friends with someone, you “have a go” at them more. 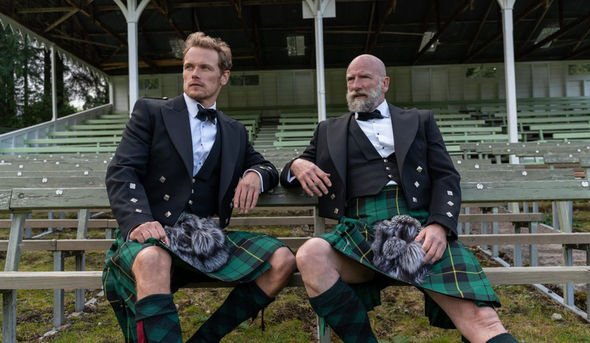 He also revealed that “Sam is relentless” when it comes to his competitive side and absolutely “needs to win”, which was the perfect setup for the miniseries’ comedic aspect.

McTavish stated it was also better Heughan was in the driving seat throughout the series as he admitted he can sometimes be a “grumpy companion” and that “Sam is very genial”.

McTavish only “got to drive once” during a post-credits scene, which he appeared quite glad about.

McTavish then went on to discuss the dreadful weather conditions throughout their road trip.

He praised Heughan for getting through it and competing in the sports challenges without complaint during the horrendous weather.

However, he said that it was “gold” watching Heughan’s reactions when McTavish won a game as he was so competitive.

“He’s very good at taking me out of my comfort zone, which can only be a good thing,” McTavish added about Heughan.

The first season of Men in Kilts aired in 2021 after being filmed during the COVID-19 pandemic, and McTavish said the fact he and Heughan “self-financed” the pilot made the series even more desirable to Starz.

McTavish had planned to make a road trip series around Scotland for nearly 30 years but it only came to fruition once he learned that his friend Heughan shared the “same passion” for their home country.

The pair loved the fact they covered a “huge circle of Scotland” and hope that a season two will be in their future.

“There are still more stories to tell,” McTavish concluded.

Men in Kilts is available to watch on Starz and Starzplay.

Outlander season 6 premieres on Starz in 2022.