Caitriona Balfe, Sam Heughan, and the rest of the Outlander crew just started filming in Scotland. Fans don’t know much about the storylines for season 6 yet. But in a recent interview, showrunner Matthew B. Roberts did drop a few hints about what the premiere episode would entail. 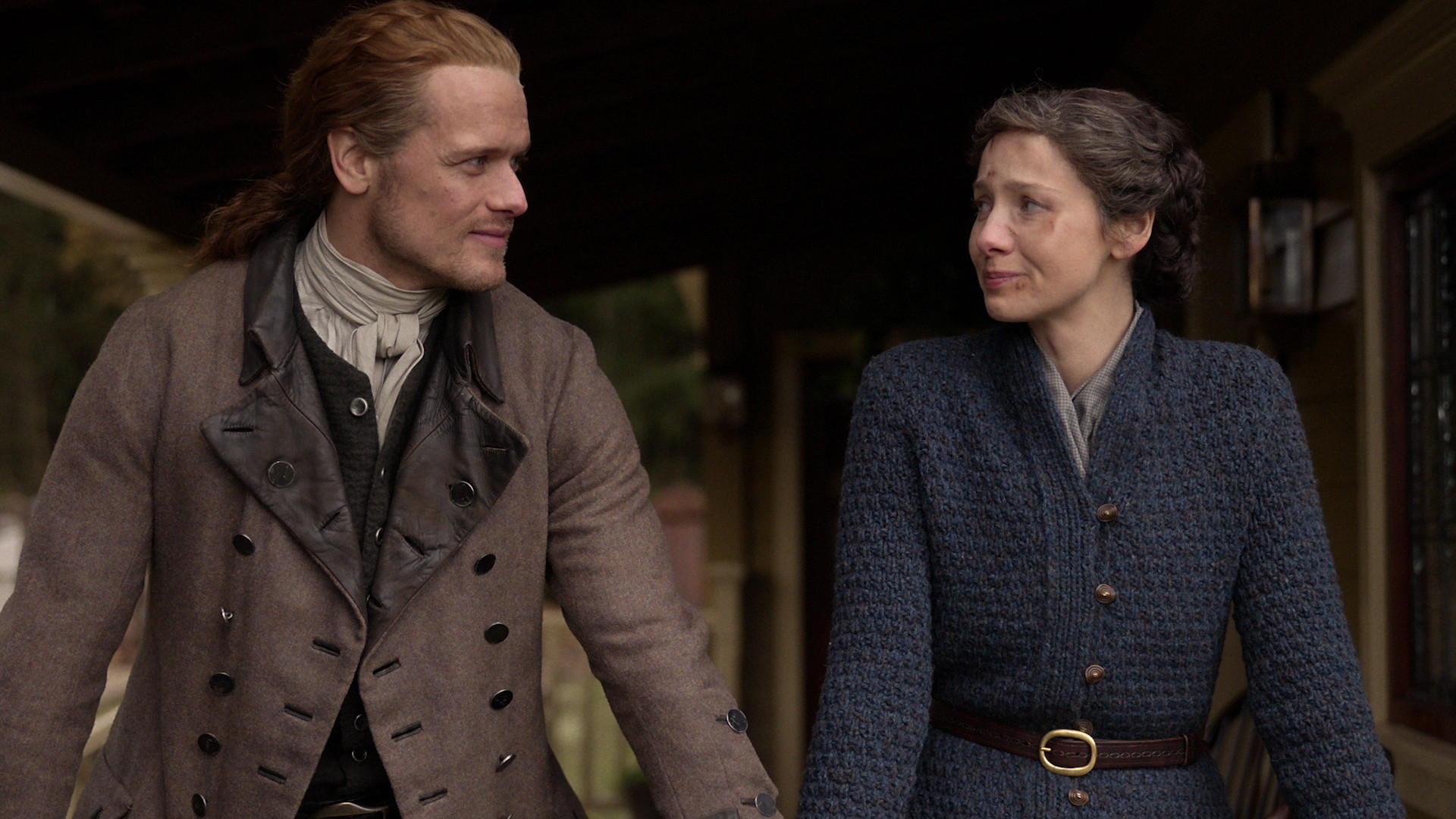 Outlander was adapted from American author Diana Gabaldon’s book series of the same name. And each season of the STARZ drama follows storylines from her novels. The fifth season included events from Gabaldon’s fifth and sixth books, A Fiery Cross and A Breath of Snow and Ashes.

Season 6 of Outlander will continue with the stories and characters from those two books. But it may also dive into the events of book 7, An Echo in the Bone, and more.

“Actually, if I could tell you…I can’t because I haven’t seen all the scripts…I would say because we have so much history and time travel and all that, we can pull from any book,” Heughan teased in a recent chat with Parade. “So, there may be not just book seven, but other books we pull from.”

In an interview with Elle, Outlander showrunner Matthew B. Roberts noted that season 6 would pick up where the last season left off. And while describing his vision for the new installment, he revealed there is still more revolution to come.

“You have a foundation and when that foundation is shaken and there is a revolution, you have to deal with it,” he continued. “That’s kind of the theme of the season.”

There aren’t many clues about exactly what season 6 of Outlander will entail. But according to Roberts, the premiere episode — which is titled “Echo” — will feature most of the main characters battling the demons of their past lives.

“When you see the first episode, the title will speak for itself,” he told Elle. “Each character will be dealing with something from their past and it will help us tell stories going forward.”

Roberts also confirmed that the title of the episode has nothing to do with Gabaldon’s seventh book, An Echo in the Bone. “There was a different title on my very first drop,” he revealed. “Sometimes that happens. You read it again and you go, wait a minute, hold on a second, there’s something better here.”

As of now, there is no official premiere date for season 6. But if production wraps by summer, fans may get new episodes late this year.

Tags: 'Outlander', TV
You may also like
Celebrities News