Our Yorkshire Farm: Amanda and Clive clash over straw bales

During the latest episode of Our Yorkshire Farm, Channel 5’s Amanda and her husband Clive had a heated exchange of words as they were loading bales of hay onto his truck. Before they had even begun their task, Clive explained they needed to move the 160 bales as quickly as possible due to the fact it was going to rain. However, the couple soon had a disagreement when Clive told his wife he was going to drive back to the farm, leaving her to pick up the rest of the straw.

“We just start and see where we end up,” Clive told his wife. “The forecast is saying it’s going to rain later on today so, we hopefully will get it on and get it home and in the barn before the rain comes.”

Despite not having all nine of their children to help with the task, their youngest daughter, Nancy was on hand to navigate.

Speaking about how it was strange not having their other children on the farm to help, Clive continued: “Whatever you do always have the kids with you, it’s going to be really strange when she [Nancy] goes to school and we haven’t.

“She [Amanda] always carried them on our back when they were babies. I don’t know how because I couldn’t stand it.” 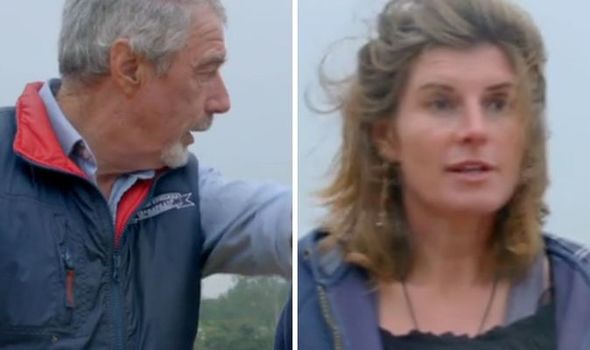 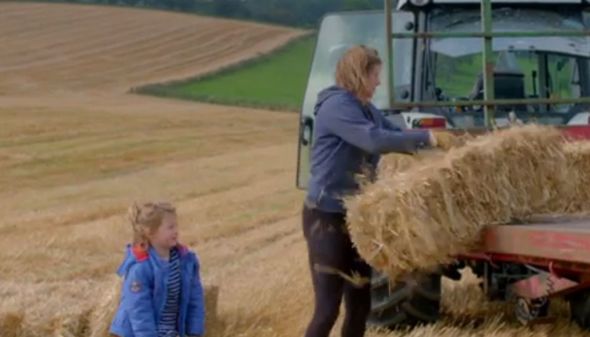 After they had finally finished loading the bales, Amanda climbed on to the side of the lorry to tie the straps on to ensure the hay stayed in place while travelling back to the farm.

“I’m just going to get the straps on,” she explained.

“We’ve got quite a long journey and we’ve got a great big steep hill to go up. We need to make sure it’s all strapped on.”

“It’s starting to rain dad,” their daughter Nancy chipped in. 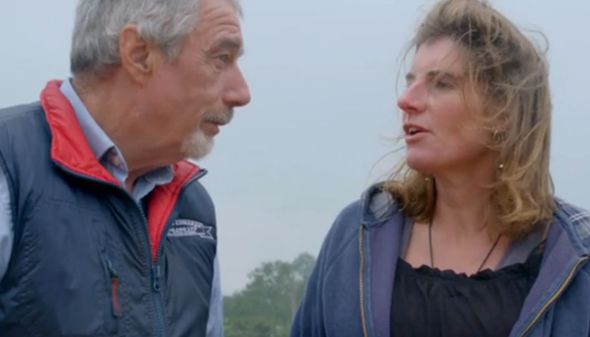 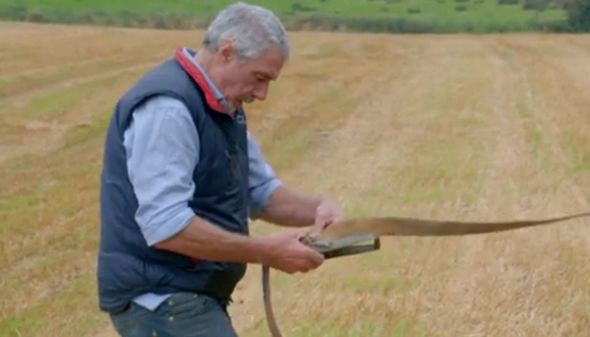 “Don’t talk about it, Nancy,” Amanda hit back as she tried to work as fast as she could.

Turning to Clive, the mum-of-nine asked: “Are you going to put another on, or will that do?”

However, the couple soon had a slight disagreement when Clive told his wife to grab the last few bales while he drove back.

Clive replied: “No, that’ll do. It’s strapped on, it’s going to rain, grab the last few I’m heading for the hills.”

An unhappy Amanda responded: “Grab the last few? You mean you’re setting off in your nice warm cab and I’ve still got more straw to chuck.”

“That has actually happened,” Amanda said to the camera, as her husband drove off.

After a 40-minute drive, Clive finally arrived back at the farm with the bales of hay and there was luckily no rain in sight.

Elsewhere, Amanda got rather emotional at the thought of her children going back to school.

During the episode, seven of Amanda’s nine children returned to school after being home for the past six months due to the national lockdown.

While some of the children were excited at the thought of seeing their friends again, five-year-old Clemmy didn’t seem too pleased about it, especially as it was her very first day of school.

Raven, 18, also drove back to university which only left four-year-old Nancy on the farm to help her mum and dad.

Our Yorkshire Farm returns on Tuesday at 9pm on Channel 5