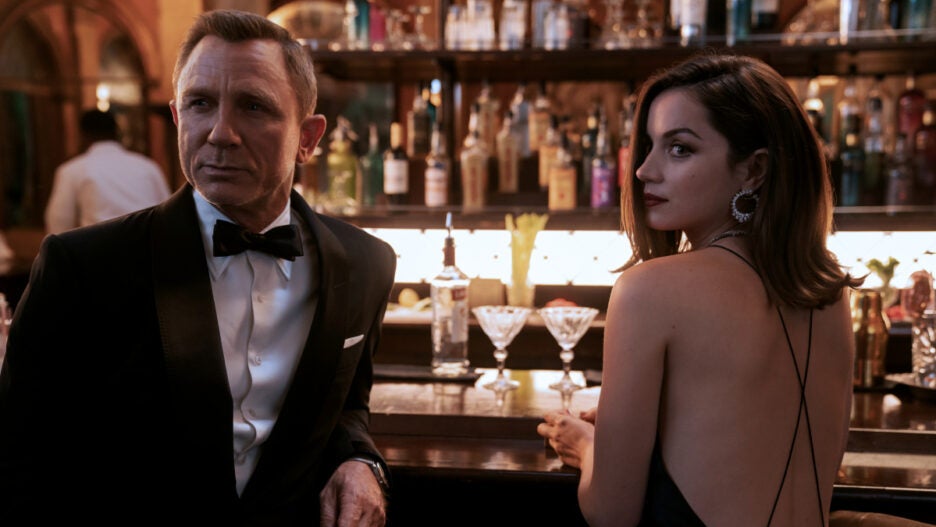 The first audiences to see “No Time to Die” are glad to have James Bond back, touting the film in its early social reactions and writing that “the wait was worth it.”

“No Time to Die” earlier on Tuesday wrapped its world premiere and initial press screenings, with audiences seeing it simultaneously in London, New York and Los Angeles, including other markets, and the initial buzz is strong.

“The wait was worth it. Way to finish Daniel Craig’s #JamesBond run. It’s got a few interesting twists I can’t say I was expecting, but hey, after so many decades, gotta have some surprises left,” critic Monica Castillo said in a tweet. “Really enjoyed all the action and callbacks Cary Joji Fukunaga fit in. A fitting finale.”

“Wow – #NoTimeToDie is BIG. A relentless dash of action that manages to be both playful and contemplative. Like the hero himself, there are flaws and mistakes,” critic Brandon Katz wrote. “But the film fully belongs to Daniel Craig, whose building narrative over five films comes full circle.”

That’s not to say the praise has been ecstatic. Uproxx’s Mike Ryan said the film had a “mostly nonsense, Roger Moore-level absurd plot,” but didn’t hold that against the film. And writer Josh Horowitz said, “it’s somehow the silliest and most serious Daniel Craig outing. Mostly the former.” But others agreed that the film is far above some of Craig’s other Bond outings like “Quantum of Solace” and “Spectre” and is vintage Bond. And without knowing any details or spoilers, it sounds as though there’s going to be a lot of chatter about “No Time to Die’s” ending.

“The absolutely perfect way to bid farewell to Daniel Craig’s time as 007. #NoTimeToDie throws back to every element that made his introduction in ‘Casino Royale’ so iconic. A perfect blend of old and new, buckle up y’all this is as good as Bond can get,” Jacqueline Coley for Rotten Tomatoes wrote.

The film has been delayed for over a year because of the COVID-19 pandemic and has even gone through multiple press cycles, but it’s finally opening in theaters starting this weekend in the UK followed by Oct. 8 in North American theaters.

Daniel Craig is returning for his fifth and final turn as 007, and “No Time to Die” marks the 25th James Bond film in the franchise dating back to the ’60s, so anticipation was no doubt high.

And while Craig’s departure as Bond has led many to speculate for years as to whom will next become 007, producer Barbara Broccoli recently said they want to let Craig enjoy his time in the sun and they won’t begin the search for the next Bond in 2022.

See more online reaction to “No Time to Die” below:

Tags: 'No, Die', sla, Time, to
You may also like
Celebrities News