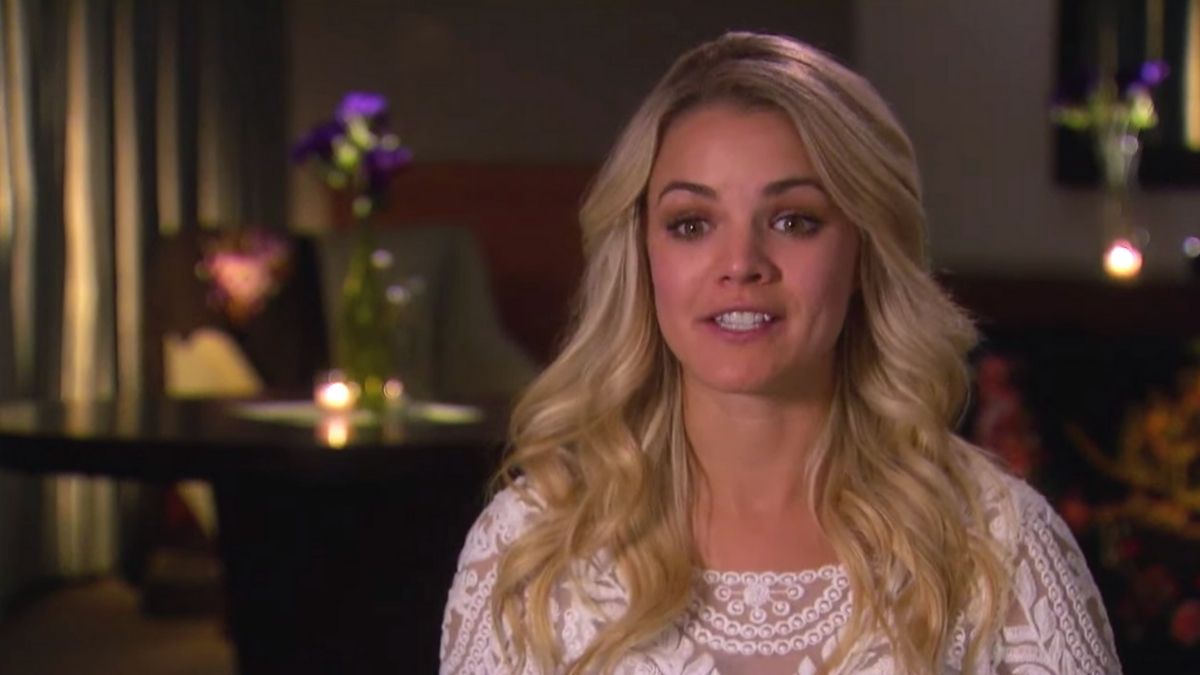 Nikki Ferrell has stayed out of the spotlight since appearing on Juan Pablo Galavis’ season of The Bachelor.

Even though she technically “won” the season by being the last woman standing, she proceeded to only date Juan Pablo for a couple of months.

The romance fizzled and Nikki stayed behind in Kansas to work at the hospital, where she is a pediatrics nurse.

On Monday’s finale of The Bachelor: The Greatest Seasons — Ever, Nikki gave an update on her life and revealed she was now a married woman.

And even though most people dislike Juan Pablo because of how he acted on the show, Nikki doesn’t have horrible things to say about him.

However, the story is quite different when speaking about Clare Crawley.

As fans may recall, Clare was the runner-up on his season and she infamously slammed him before walking away from him when she realized that she wasn’t the one he wanted.

For the first time since the finale, Nikki is speaking out about her current friendship with Clare. And while the two women didn’t necessarily get along, Nikki reveals she doesn’t see a reason to repair anything.

“We did not reconcile, but I feel like there was never a relationship to reconcile,” Nikki explained to Nick Viall on his podcast, The Viall Files.

“I don’t really think about her, I don’t really care and I think [she] probably feels the same way about me. I don’t hate her, [but] we are not friends. We’re never going to be friends.”

She explains that she doesn’t remember anything that they specifically disagreed on and there wasn’t an on-going feud, as there can sometimes be in the Bachelor world.

During the conversation, Nikki points out that she’s not one to explore fake relationships. She also explains that she doesn’t want to waste her time on something that’s not important to her. She then goes into details about how she really didn’t care for Clare – and that’s probably what bothered Clare about her.

Nick also asked her about Clare’s current situation with The Bachelorette. And Nikki had a surprising answer.

During the podcast interview, Nikki does open up about her time with Juan Pablo. She explains that she remembers looking down at her ring finger and wondering what she was doing.

It was clear that she was expecting an engagement and when that didn’t happen, she started to question what they were doing with their relationship.

Juan Pablo has defended himself after his episode aired. On Twitter, he continued to bring up the fact that he was being true to himself. During the finale, he said he liked Nikki a lot and gave her his final rose. He never proposed or said that he loved her.

Even though it has been years since this season aired, Juan Pablo has been in the spotlight recently over Clare becoming The Bachelorette.

Clare’s new trailer for The Bachelorette has featured Juan Pablo Galavis and the moment where she walks away from him. This is something he’s not too pleased about and he recently slammed ABC for bringing him back into the spotlight.

The Bachelorette premieres on Tuesday, October 13, at 8/7c on ABC.

Tags: 'Doesn&#, Ferrell, Nikki, Says, she
You may also like
Celebrities News