BBC Breakfast: Owain teases Naga and Charlie about his age

On this morning’s BBC Breakfast, presenter Charlie Stayt set his co-host Naga Munchetty and weather presenter Owain Wyn Evans a challenge to guess certain famous people’s ages as their birthdays are coming up. Owain then confessed that his birthday is also coming up on Tuesday and invited Charlie and Naga to guess what age he will turn.

“You know you two, it’s actually my birthday on Tuesday. So why don’t we play this game with me? How old do you think I was on Tuesday?

“52? Oh my God, bye everyone, I’m leaving,” he commented in shock, pretending to walk off the set. 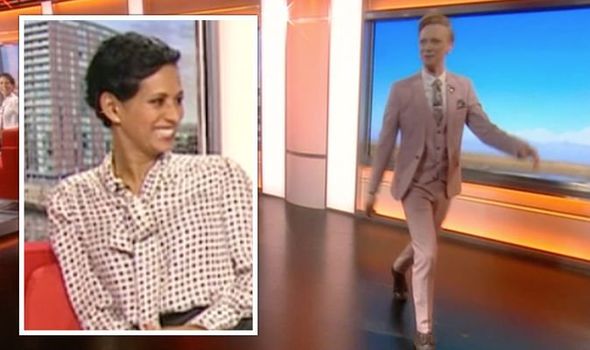 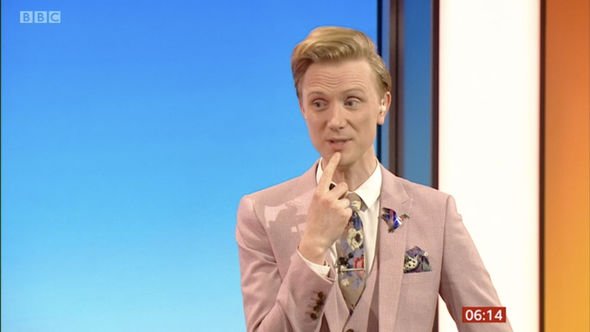 Naga was left in stitches by his reaction to her joke.

Charlie on the other hand added: “So I am going to take this challenge seriously,” to which Naga chimed: “What makes you think I didn’t?”

“And I’m going to say that you are t…” Charlie trailed off while thinking.

“Oh I like the sound of that t,” added Owain. 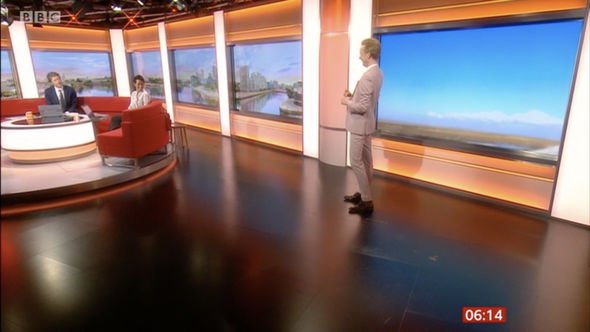 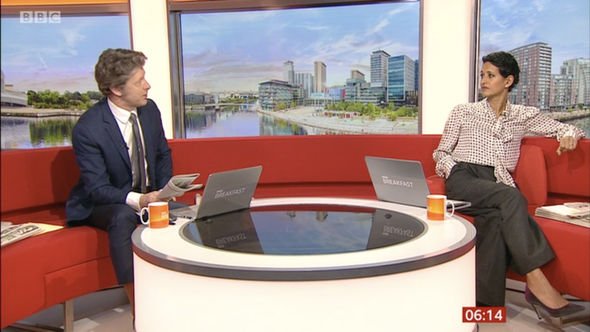 She then justified herself saying: “Don’t look at me, I’m not going to say that thing which you want me to say.

“‘Oh you look so young,’” she added in a shrill mocking voice.

“I wasn’t expecting it to be honest,” said Owain before moving on to the weather.