It’s one of the predictable predicaments of being Richard Madeley.

That, and hearing your name being said incorrectly. Even with his ubiquity, (but perhaps not helped by the arrival of a certain Richard Madley on Bargain Hunt), people still seem to struggle with the pronunciation.

For the record (and my family’s collective sanity), not Madley is as in badly, but Madeley is as in frayed……ly.

I was only seven years old when Richard Madeley and Judy Finnigan started to present This Morning, and being that age and still at school had largely protected me from having to deal with the association.

So it was an alarming experience to find out that I’d been arrested for shoplifting by reading a story in the morning newspaper.

To see your name in print next to details of your arrest for walking out of a branch of Tesco in Manchester without paying for your shopping (including champagne) comes as quite a shock when you’re fairly sure that you were busy being at school and 13 years old at the time.

‘My parents will be furious’, I thought.

A nanosecond passed and I realised that it was referring to my namesake – who was later acquitted of all charges – to whom I had been gradually becoming aware. 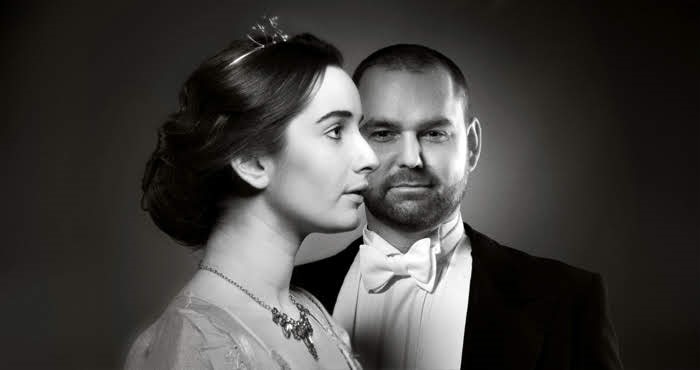 As the nation became as familiar with his unshakably confident pronouncements on every possible topic – from putting the bins out to Fidel Castro – as they were with their own morning routines, so the inevitable dread at having to give my name set in.

Throughout my time at school and university, there were moments when our worlds overlapped, sometimes in ways I’d never have expected. Sometimes I’d receive post that was clearly intended for the show.

On one occasion I received a personal cheque made out to him, for a charity appeal he’d supported (I forwarded it to the studio), and on another, what was clearly a very personal and heartfelt letter detailing some of the sender’s most private problems.

As soon as I realised that that was what it was, I stopped reading and forwarded that, too.

I was even once invited to appear on The Big Breakfast’s ‘My name is…’ segment back in 2001. I felt decidedly D-list, appearing as I was, alongside Meg Ryan and Alfred Hitchcock.

For someone who was starting to look towards a career as an actor and/or presenter, it was a fantastic opportunity to see how live television worked behind the scenes, but I knew that if I was going into show business, I was literally going to have to make a name for myself. 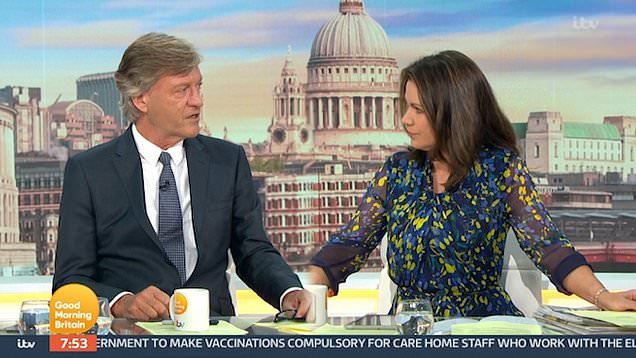 The biggest change happened then, when I graduated from drama school and had to register a professional name. No two can be the same, so I had to think very carefully what to pick. There’s something rather liberating about being given a chance to choose your own name, and it’s something so few of us actually get to do, but it’s also quite a daunting task.

I couldn’t imagine changing my first name, but as the last male Madeley in our branch of the UK family, I couldn’t help but feel like I was ending a family line. Especially as I had just come out to my parents as gay, and at the time had resigned myself to the idea that children of my own were not part of my future.

One of my middle names was Griffiths, my grandmother’s maiden name, but ‘Richard Griffiths’ was of course already taken by the glorious star of The History Boys, Harry Potter and Withnail & I.

It took weeks of agonising before I suddenly remembered that I had teased my parents (Graham and Lynda) mercilessly for calling the first house they lived in after they got married ‘Graylin’.

It seemed an apt tribute to their ongoing support of what they clearly thought were my extremely questionable career choices.

After a brief and blissful period with Richard out of the limelight, his recent stints on the sofas of Good Morning Britain have brought him careening back into the public’s mornings.

These days headlines chastise me for my ill-advised comments on domestic violence and my downplaying of the pandemic’s severity after saying lockdown laws became ‘pointless’.

I still use my real surname for any non-acting work that I do (which is most of it, recently).

At least now that restaurants have re-opened, I can take advantage of the main benefit available – an increased chance of getting a table.

I can never tell whether people are disappointed when I arrive, or slightly relieved.

Hello, My Name Is…

It’s not easy having the same name as someone, or something, famous.

In Metro.co.uk’s weekly Hello, My Name Is… series, we’ll hear the funny, surprising and frankly mundane stories of people whose parents really didn’t know what they were getting their children into.

Email jess.austin@metro.co.uk if you would like to get involved.