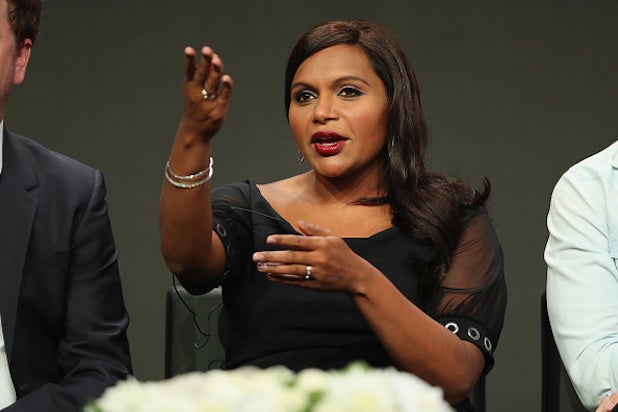 In true “Office” fashion, Mindy Kaling had the last laugh when a Twitter user tried to troll her while expressing his dislike for her involvement in HBO Max’s new “Scooby Doo” series.

“Starring Mindy Kaling?” the troll wrote in response to news of the project — an adult live action animated prequel focused on Velma Dinkley, who Kaling will voice. Trying to be clever about his feelings, he added a popular gif from “The Office” that shows Michael Scott yelling “NOOOO.”

But he apparently wasn’t clever enough, and he definitely didn’t have enough knowledge of the hit sitcom. Because Kaling quickly turned the tables on him, putting his tweet on blast by replying “I wrote the episode of The Office this gif is from.”

What a perfect mic drop.

Kaling wrong the 2008 episode “Frame Toby,” where Michael has to deal with his least favorite HR rep returning to Dunder-Mifflin. In an attempt to get him fired, he coerces Dwight into trying to help frame him with drugs. The gif of Michael’s reaction comes from Michael seeing Toby for the first time, unaware that he has come back.

Like many “Office” moments over the years, the reaction quickly became an internet meme, mostly used to express a strong dislike towards something — for example, a troll’s less-than-enthusiastic feelings on Kaling’s new project. But Michael’s “NOOOO” is arguably one of the most viral moments in “Office” history, which makes Kaling’s response even more of an epic flex.

“Scooby Doo” was one of the many announcements that HBO Max made on Wednesday as the network previewed its upcoming content, which included a reboot of the series “Clone High” from “Into The Spider-Verse” and “Ted Lasso” creators Christopher Miller, Phil Lord, and Bill Lawrence. Other projects announced were the workplace comedy “Fired on Mars,” headed by “SNL” cast member Pete Davidson, as well as four new animated series, including projects from Michael B. Jordan and fellow “Office” alum Ed Helms.