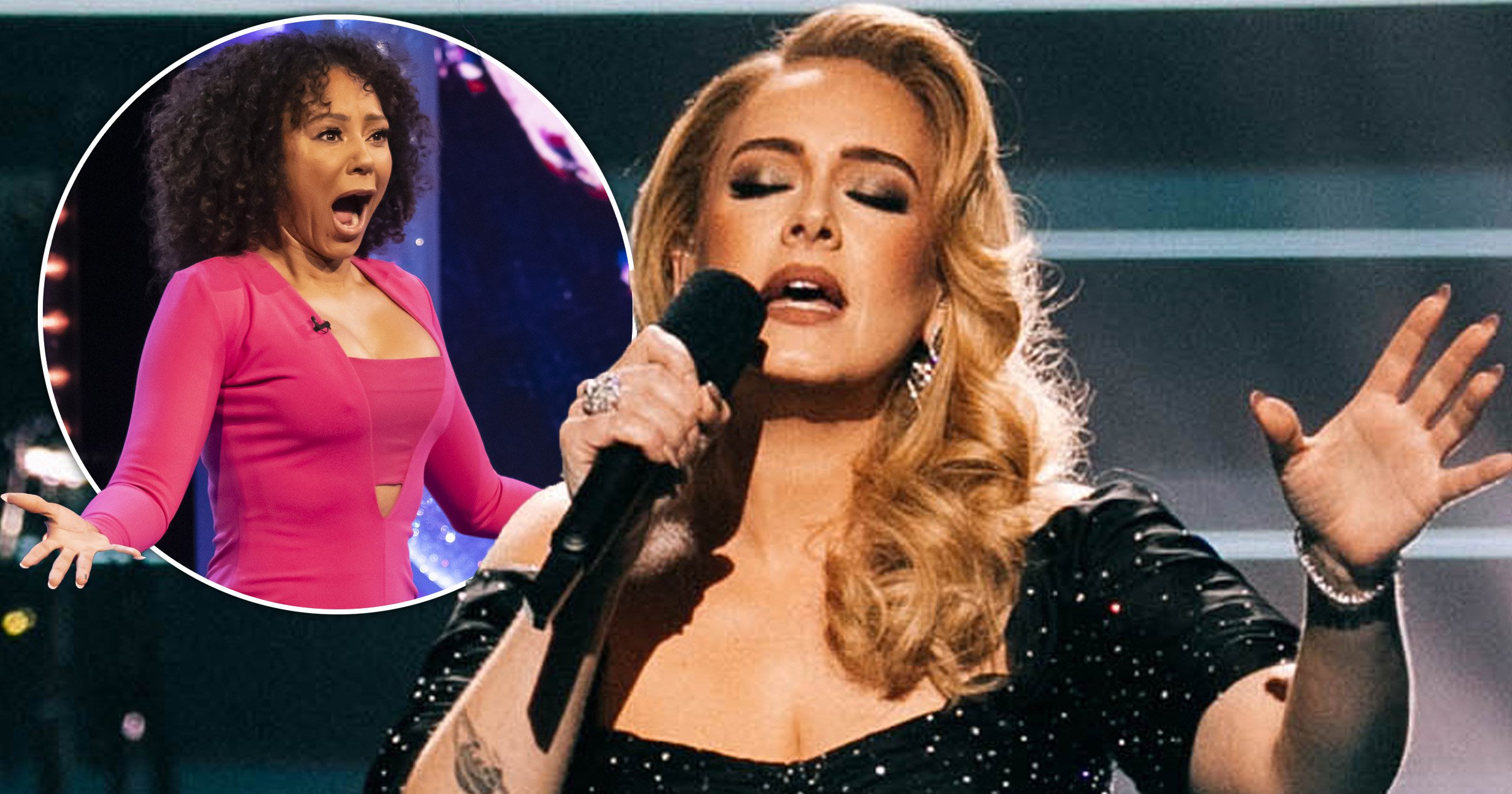 Mel B was edited out of ITV’s edit of An Audience With Adele after asking the singer a question about sex toys.

The hit concert, which aired on Sunday night, saw the likes of Stormzy, Samuel L Jackson, Dame Emma Thompson, and many more celebrities in attendance, with some having the chance to ask the Someone Like You singer some questions.

However, it has been reported that Mel B had an exchange with Adele that was removed from the broadcast.

The Spice Girls icon, 46, asked Adele about the best gift she had ever received. However, once the cameras were on her, she is said to have been embarrassed about her query.

‘She was tasked with asking a question about the best gift Adele had ever received but when the cameras were on her she said she felt silly asking it,’ an insider told The Sun.

The insider added that no one in the audience laughed at the comment but, Adele being the legend that she is, made a joke in response and moved on from the uncomfortable moment.

Due to the family-friendly nature of the show, which aired before the watershed, ITV couldn’t air it and decided to cut the explicit interaction from the final edit.

Nevertheless, the pre-recorded ITV gig was filled with heart-warming moments, with Adele reuniting with her former English teacher Ms McDonald, which resulted in a tear-jerking embrace on stage.

But, it was Dame Emma’s dancing that stole the show, the 62-year-old actress had a main-character moment as she busted some moves to Adele’s Send My Love (To Your New Lover).

The Easy On Me hitmaker even praised the Cruella star’s energy and commented saying: ‘I’ve been seeing you dancing all night!’

An Audience With Adele was packed with an army A-listers, including Emma Watson, Alan Carr and Dua Lipa, who watched the global star perform some of her classic singles and new cuts from her latest album 30, which was released last Friday.

An Audience With Adele is available to watch on ITV Hub.