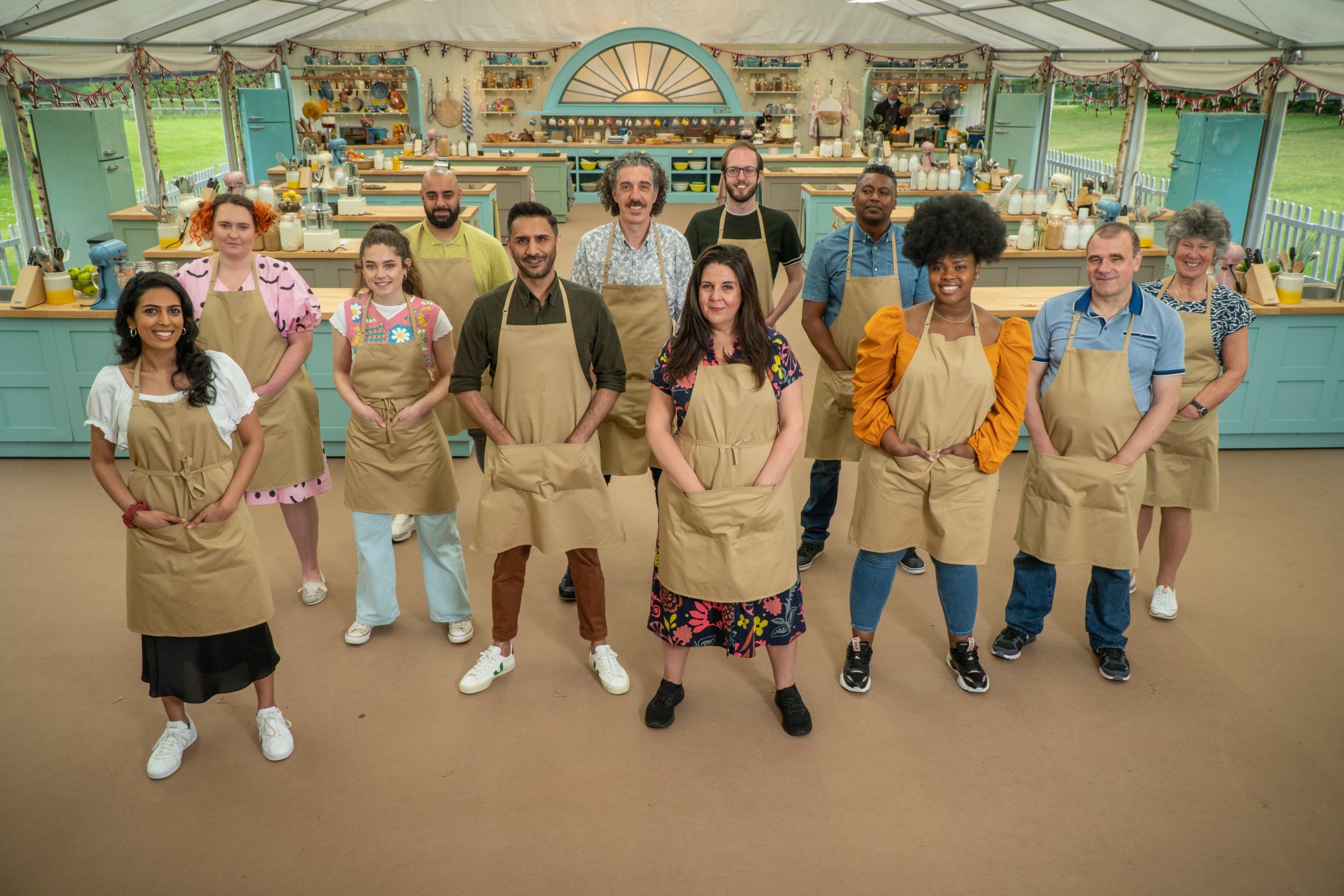 Cancel all your Tuesday plans and get the biscuits in – Bake Off is back.

The 12th series of The Great British Bake Off is set to hit our screens next week, with Paul Hollywood and Prue Leith back to judge 12 keen amateur bakers on their skill, knowledge and flavours.

Noel Fielding and Matt Lucas are back to host proceedings in the tent, as the new batch of bakers attempt to impress with their signature bakes, battle through the technical, and blow minds with their showstoppers.

And now, Channel 4 has revealed who we will be cheering on over the next few months.

The cast for series 11 includes a detective with the Met Police, a psychology student and an accomplished trombonist, with all of them hoping to follow in the footsteps of 2020 winner Peter Sawkins and produce zero soggy bottoms.

Raised in London with Greek-Cypriot heritage, Amanda studied graphic design at college and worked in advertising before moving to the Metropolitan Police to train as a detective.

After learning about Greek baking from her paternal aunt, Greek and Middle Eastern cuisine greatly influences Amanda’s baking, who describes her baking style as ‘generous and creative’.

She also loves painting directly on to her cakes, often giving them a pretty, feminine aesthetic that’s inspired by her two daughters.

Not to be confused with Love Island’s Chuggs, sales manager Chigs from Leicestershire is being thrown into the deep end, having only seriously embarking on his baking journey in lockdown last year.

Through the careful study of online videos, he managed to teach himself how to produce complex bakes and really intricate chocolate work.

And there we were thinking our banana breads were impressive.

A total adrenaline junkie, Chigs loves bouldering, skydiving and trekking, and has set his sights on climbing Kilimanjaro.

Quadrilingual Crystelle is a baker who brings her wonderfully diverse heritage – born in northwest London to Kenyan born, Portuguese-Goan parents – to the flavours in her baking.

The youngest of three daughters, she was also the chief-taster as she helped her mother prepare their family meals.

Crystelle began baking seriously three years ago and loves to fuse spices from the places she’s visited into her bakes – for example, a fougasse infused with turmeric, curry powder and spring onion.

Outside of the kitchen, she is a keen singer and a client relationship manager living in London.

Student Freya from North Yorkshire is this year’s youngest baker, having watched the first series when she was just nine years old.

While living at home with her parents while studying for a psychology degree so she can continue looking after her horse Winnie, Freya has begun making plant-based cakes for her father, and prides herself on making vegan cakes as delicious as the originals.

The teenager says she likes to be ‘unexpected’ with her baking and enjoys making intricate designs.

Shared Lives co-ordinator George lives in London with his wife, three kids and a ‘house full of animals’, and when he has time, he likes to bake the Greek classics.

Having grown up in a Greek-Cypriot family, food was always a big part of his life, and George likes to give his bakes a ‘touch of class with a shabby-chic, vintage vibe’.

Originally from Italy, Giuseppe now lives in Bristol with his wife and their three young sons, and works as an engineer.

But outside his impressive job is a love of baking, which came from his dad, who was a professional chef.

Giuseppe loves using Italian flavours in his bakes, while he also brings his engineer’s precision to the results, and describes himself as a food snob who wants to only feed his kids homemade confectionary, rather than anything that’s been mass-produced.

Jairzeno began baking in 2014, after becoming disillusioned with delicious-looking bakes that just didn’t deliver on flavour.

Now, in his own baking, he obsesses over flavour combinations (guava and chocolate is a firm favourite), using lots of Caribbean spices, and aiming for the perfect pâtissérie finish.

Jairzeno was born in Trinidad and Tobago and moved to London 15 years ago, where he works as a head of finance and enjoys running marathons.

Originally from the Black Forest in Germany, Jürgen moved to the UK in 2003 and now lives with his wife and son in Sussex.

His baking journey began when he decided to bake his own traditional German bread when he couldn’t find any in his adopted home.

He is particularly well-known for his Jewish challah bread, and for the celebration cakes that he loves to bake for friends and family.

Jürgen probably has the most unique hobby out of all the bakers this year – he is an accomplished trombonist.

Lizzie is a keen dancer and true crime obsessive from Liverpool who, when not doing the samba or investigating the lives of serial killers, loves baking cakes.

This car production operative from Liverpool prefers simple presentation, flavour and quantity over precision, which we’re sure will go down a storm with Paul and Prue, and thinks putting cheese in bread ‘can only spell disaster’.

We love her already.

This year’s oldest baker, Maggie is a retired nurse and midwife living in Dorset.

She has an impressive collection of classic recipe books and loves recreating traditional bakes while at the same time experimenting with exciting flavours, and would never think of buying a loaf of bread or a cake off a shelf.

When not baking, Maggie spends times with her great nieces and nephews, and enjoys canoeing, kayaking and sailing.

A junior HR business partner from Birmingham, Rochica takes inspiration from her Jamaican family when baking.

She always is especially proud when her nan and aunties tell her she has baked a cake that reminds them of the treats they grew up with.

Having been a dancer since the age of two, Rochica began baking when she was left unable to dance due to an injury, and loves making biscuits and cakes for her niece and nephew.

Tom rediscovered his schoolboy passion for baking four years ago after making his dad a sticky pudding cake, and now bakes several times a week.

Among his favourites are pies, quiches and bread, and bakes that follow a theme – which bodes well for the tent.

A keen runner, actor and singer, Tom, from Kent, works for the family software company.

The Great British Bake Off begins on Tuesday, September 21 at 8pm on Channel 4.

Tags: the great british bake off
You may also like
Celebrities News