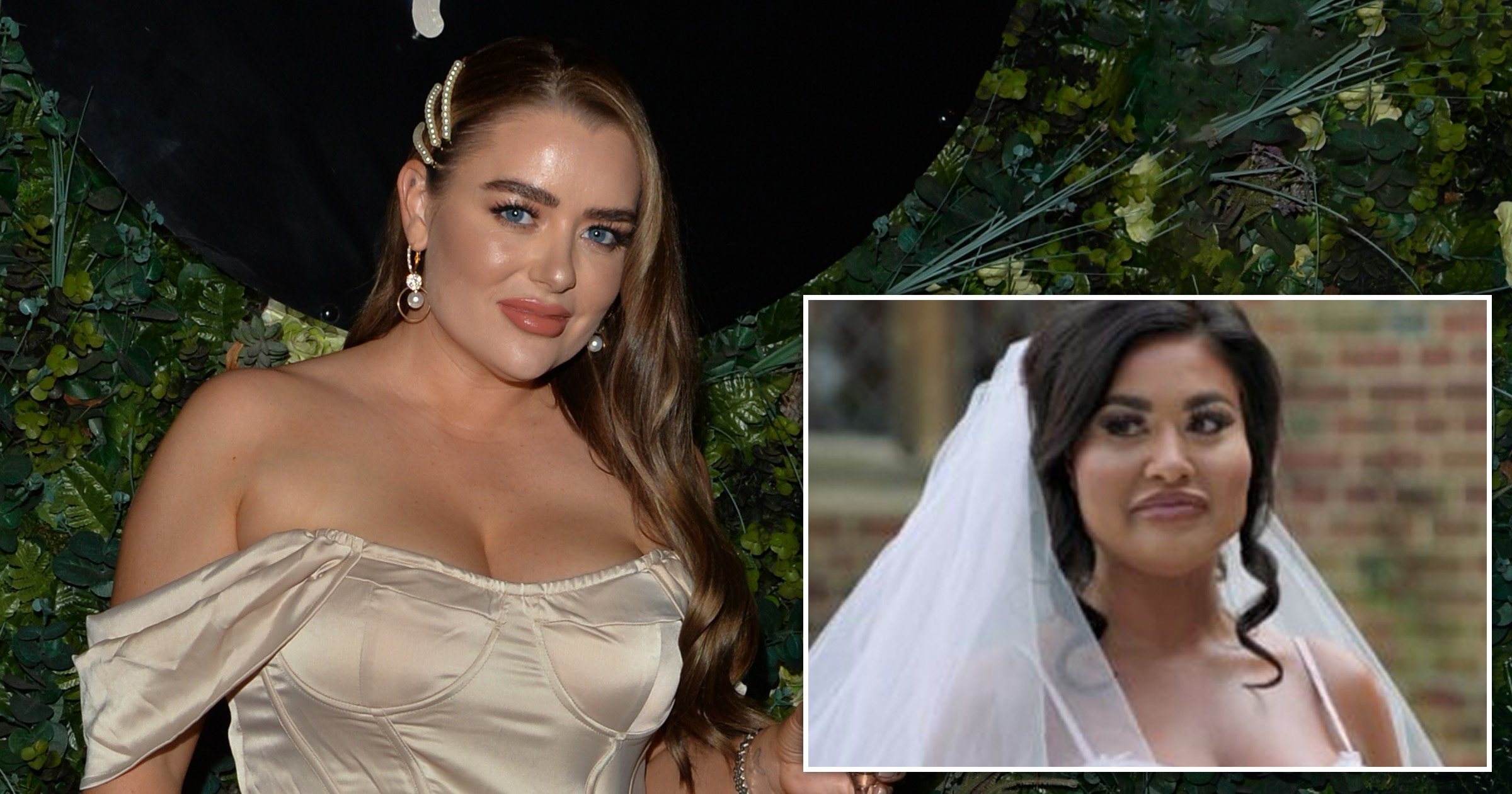 Married At First Sight UK star Amy Christophers has revealed that there are some ‘particularly difficult’ scenes coming up this week after Nikita Jasmine was removed from the show.

The TV star, who tied the knot with Josh Christie on the show, revealed she ‘wasn’t prepared’ for the more awkward moments during filming.

Chatting to Metro.co.uk at the Cazoo St Leger festival at Doncaster Races, she recalled the producers telling her about the format, saying: ‘I was like, “I love the whole dinner party vibe” when they were telling me on the phone, I was like, “That sounds really lovely,” forgetting that there’s going to be lots of different personalities, people are gonna clash.

‘I wasn’t really prepared for any of that sort of thing. That was a little bit weird. And also I don’t really like chatting about other people’s business, getting involved, that side of it…I’m a positive person, I just want everyone to get on.

‘There were certain awkward times. I think this week is going to be particularly difficult. There’s a lot going on for me this week.’

Amy definitely had her highs on the show too, however, with the star opening up about scenes that didn’t make the cut but ended up being some of her favourite moments.

‘It’s strange watching how you come across,’ she said. ‘I’m really surprised – we all did loads of amazing activities and it was all really fun and there wasn’t a lot of that side put in there.

‘All of us had a lot of fun on our honeymoons, there was just a lot of things that didn’t get shown. I really wanted the jet-skis to be shown because we had so much fun.’

Meanwhile, Amy is keen to champion the #BeKind movement and urge people on social media not to send abuse to the stars of the show.

‘I just want people to remember we are just people that wanted to find love and I think it’s a really great thing that we’ve put ourselves out there,’ she reflected.

‘Things are going to be edited…don’t take it too seriously but we are real people with real feelings.’

‘You don’t need to be vile about us online and if you think we’re d**kheads, you’re right some of us are! I am!’ she laughed. ‘Take things with a pinch of salt.’

Most recently on the show, Nikita was removed from the show while her husband Ant Poole also left the experiment.

At the same time, Jordon Mundell and Alexis Economou chose to leave the show after their relationship fell flat.

Married At First Sight continues on Monday at 9pm on E4.

Tags: married at first sight
You may also like
Celebrities News