MARILYN Manson has sold his Los Angeles home for $1.835million – banking $750K on the sale – amid a police investigation over sex assault claims, The Sun can exclusively reveal.

The Beautiful People singer, who has been canceled after a number of women came forward with similar claims of sexual and physical abuse, put the property on the market just last month. 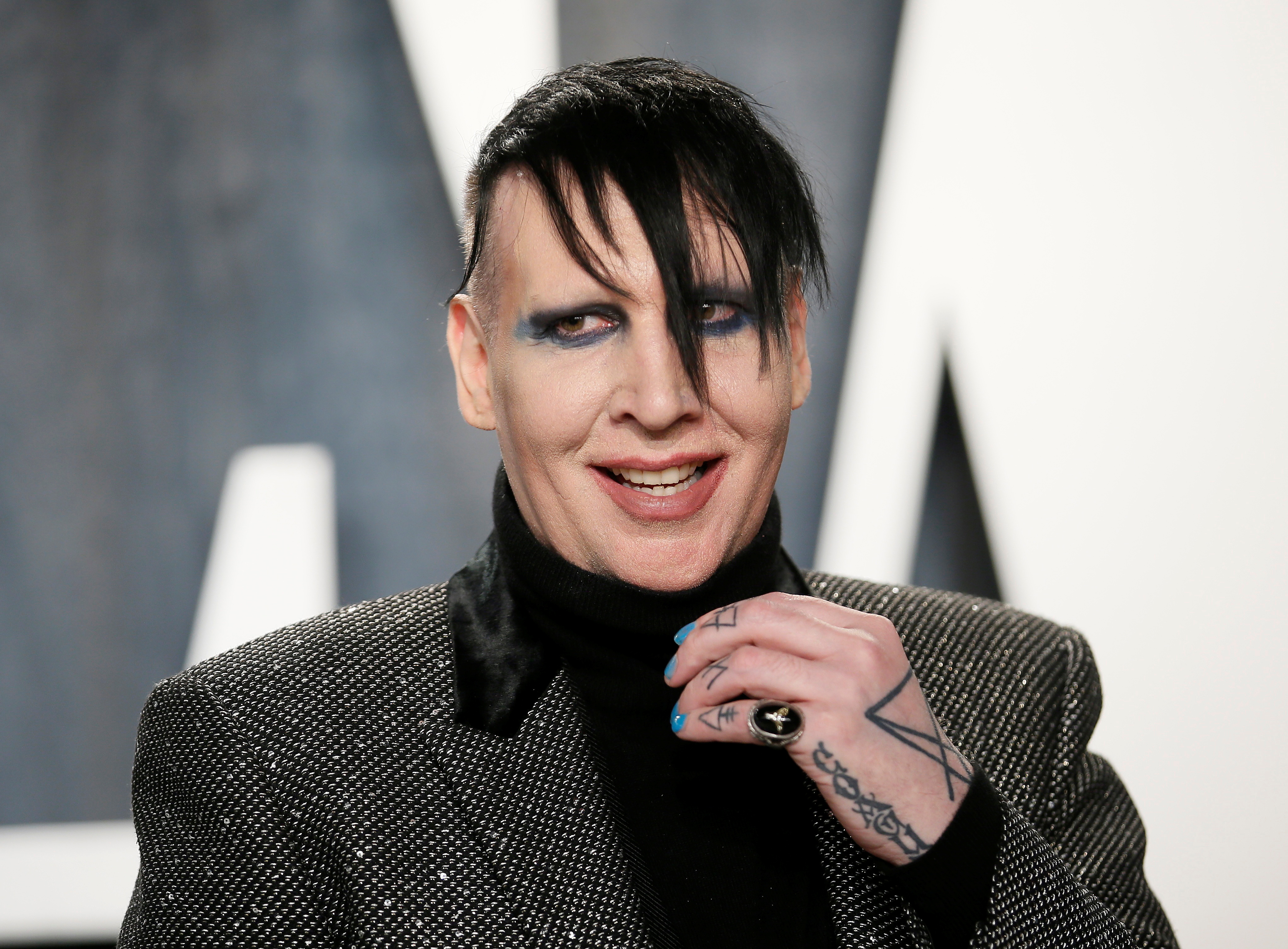 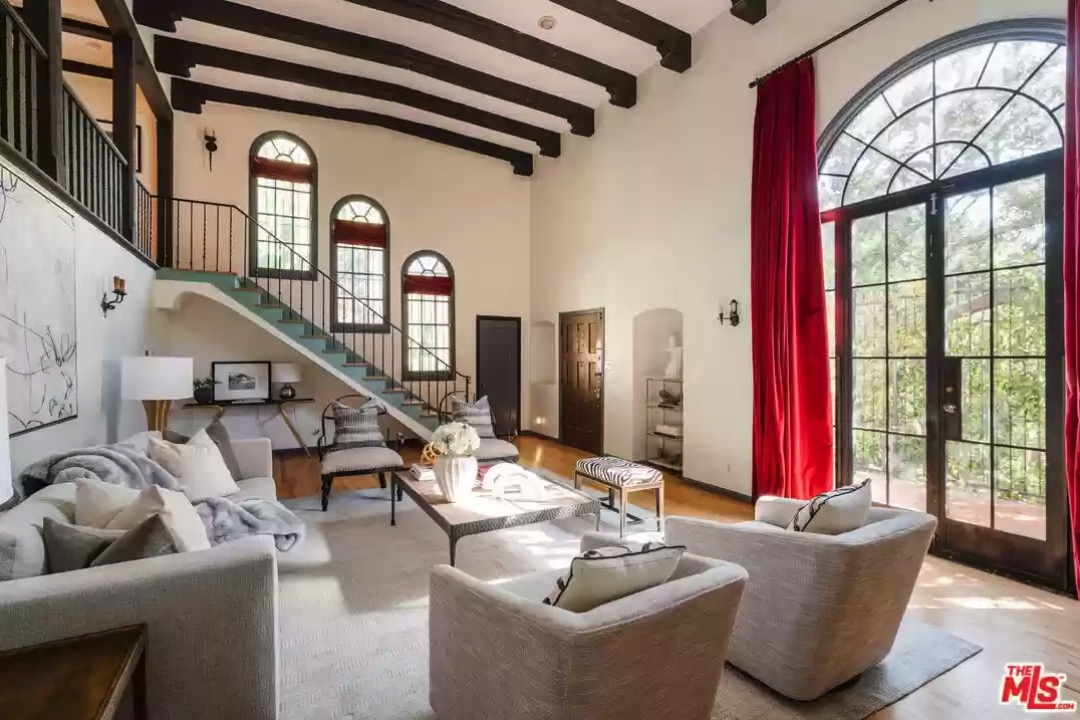 Property records seen by The Sun show he officially offloaded the house on November 16 for $85K more than the asking price of $1.75million. The listing was held by Jon Grauman and Feroz Taj of The Agency.

An online description of the luxury property reads: "Step into old Hollywood glamour in this beautifully updated classic Spanish home."

Realtor.com describes how 20ft beamed ceilings frame a "huge sun drenched great room" in the property, while glass French doors open to a beautiful private patio with views of the Hollywood Hills.

"Walk up the classic staircase with wrought iron railings to a beautiful landing area ideal for an office or extra lounge area," it reads.

"Downstairs the beautiful bright kitchen has plenty of counter and storage space and leads out to a stunning patio area perfect for entertaining and dining.

"The separate formal dining room is perfect for intimate dinners or entertaining on a large scale with a lounge area."

A third bedroom downstairs boasts its own entrance and bath – perfect for a home office or separate guest suite.

Surrounding the house on both sides are private tranquil patios and gardens, while the garage has been converted into a flexible space ideal for a gym, recording studio or home office.

Photographs show Manson's clear taste for artistic design, with paintings hanging in most of the rooms.

The stylish interior also features his gothic flair, with dark red and black furniture and curtains in many rooms, along with a gym boasting dark blue painted walls.

Manson has only been seen a few times in public amid the sex abuse claims, including a surprise appearance alongside Kanye West and disgraced rapper DaBaby at Ye's Donda album launch.

He is believed to have moved into a new home away from the spotlight with his wife, Lindsay Usich.

The pair began dating in 2012 and married in 2019, and she is backing him amid the accusations, having liked a number of supportive comments on social media from fans.

The Sun previously revealed police were called to the star's home back in February to carry out a "welfare check," while sources later claimed he had hired 24/7 security. 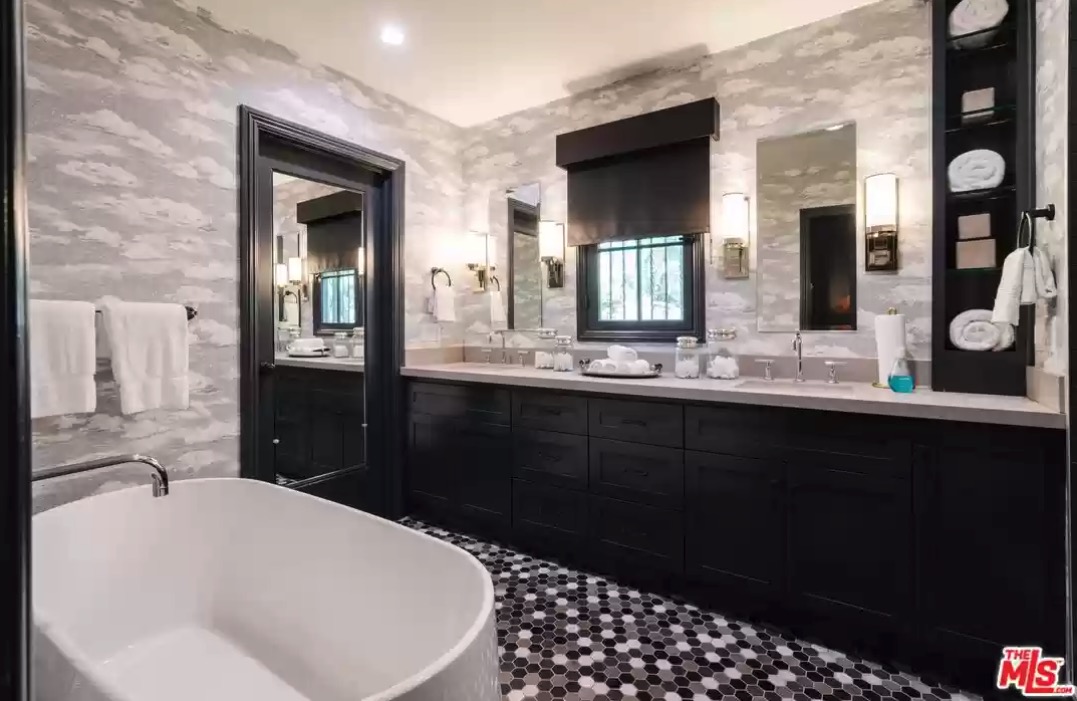 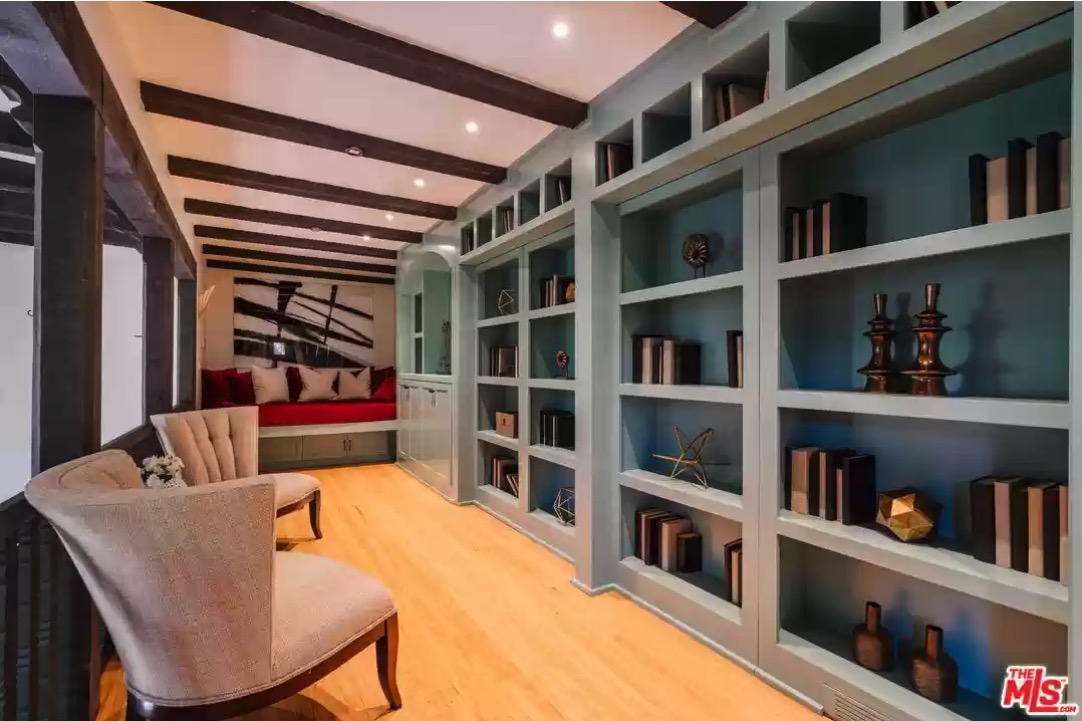 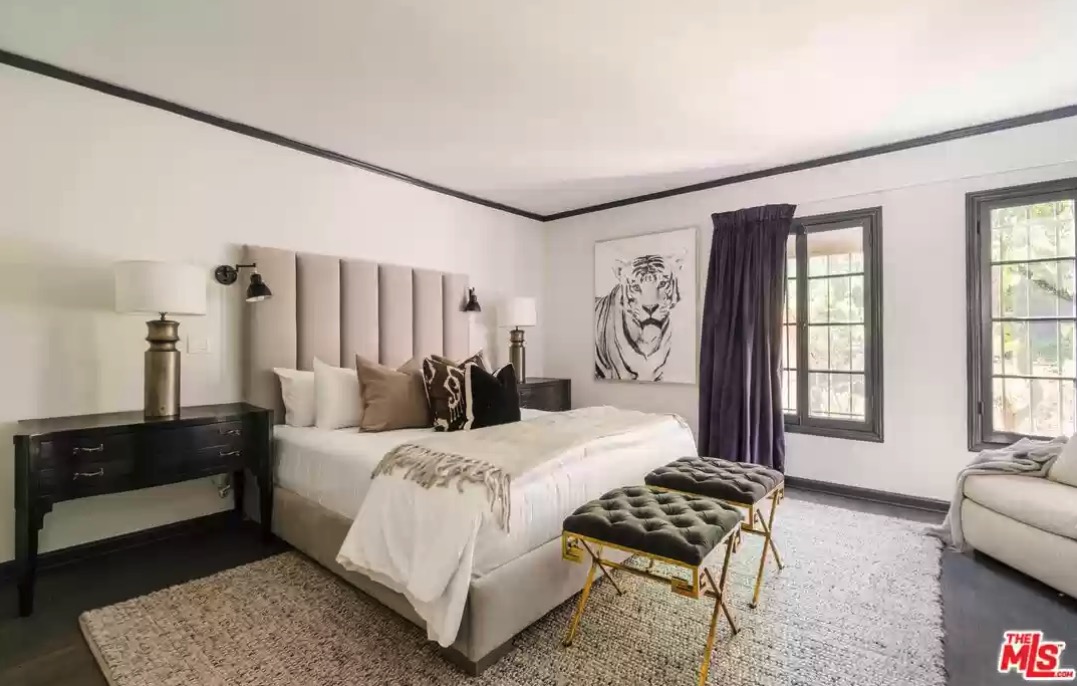 An eyewitness told us officers rang the bell at the home – but no one answered, and they were later told the singer was ok but didn't want to speak to anybody.

A number of women have claimed they were sexually and physically assaulted by Manson, including three who are suing him, while one rape lawsuit was dismissed earlier this year.

Actresses Evan Rachel Wood and Esme Bianco are among those who claim to be his victims after alleged violent relationships.

Back in February, Evan claimed her ex-fiance "horrifically abused her for YEARS" and said she was desperate to "expose this dangerous man."

She has always been open about suffering abuse from a previous relationship, but had never revealed the partner's identity until this year.

Game of Thrones star Bianco, who is also suing Manson, previously claimed the rock star had tied her down and whipped her, electrocuted her and cut her with a knife.

Manson has vehemently denied any wrongdoing, with his attorney saying Bianco's claims are "provably false."

His former employee Ashley Walters, who worked as an assistant and for the star, also claimed he used "torture tactics" to control her.

She was hired in August 2010 and stopped working for him in October 2011, according to papers filed in Los Angeles.

Manson is currently being investigated by the Los Angeles Sheriff's Department for domestic violence, after 11 accusers came forward with similar claims.

The department confirmed to The Sun the investigation is still active, but they have not made an arrest.

The embattled star has refuted the allegations insisting all his romantic relationships have been "entirely consensual."

In a statement posted on Instagram, he said: "Obviously, my life and my art have long been magnets for controversy, but these recent claims about me are horrible distortions of reality.

"My intimate relationships have always been entirely consensual with like-minded partners. Regardless of how — and why — others are now choosing to misrepresent the past, that is the truth."

Manson has since been dropped by his record label, Loma Vista Recordings.

"Due to these concerning developments, we have also decided not to work with Marilyn Manson on any future projects," the label told Variety in a statement. 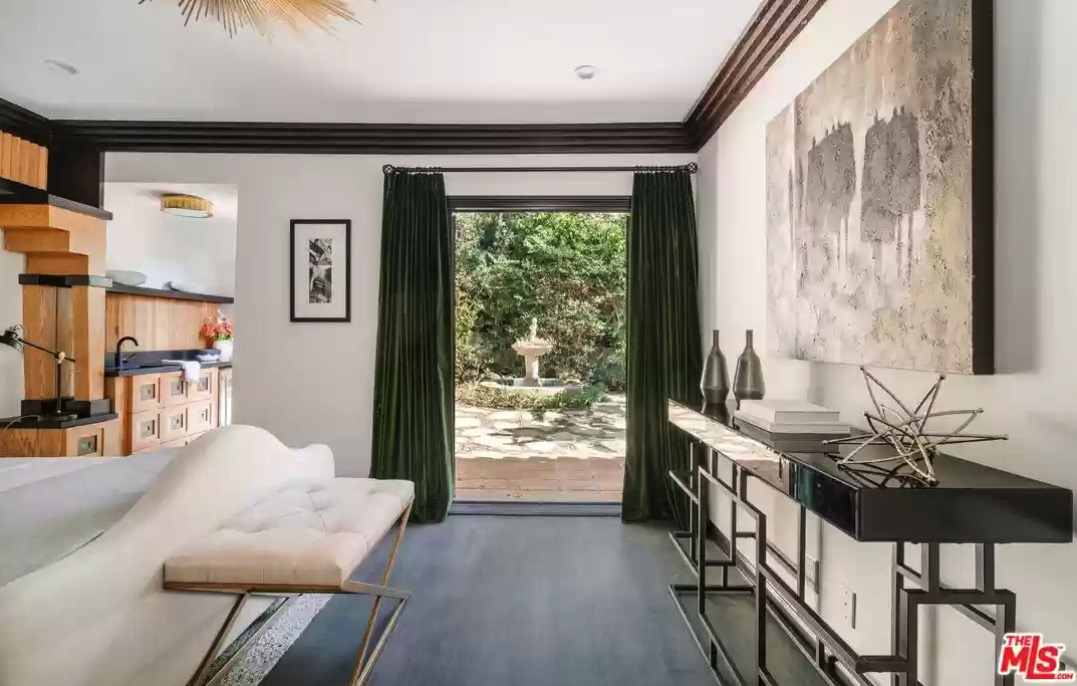 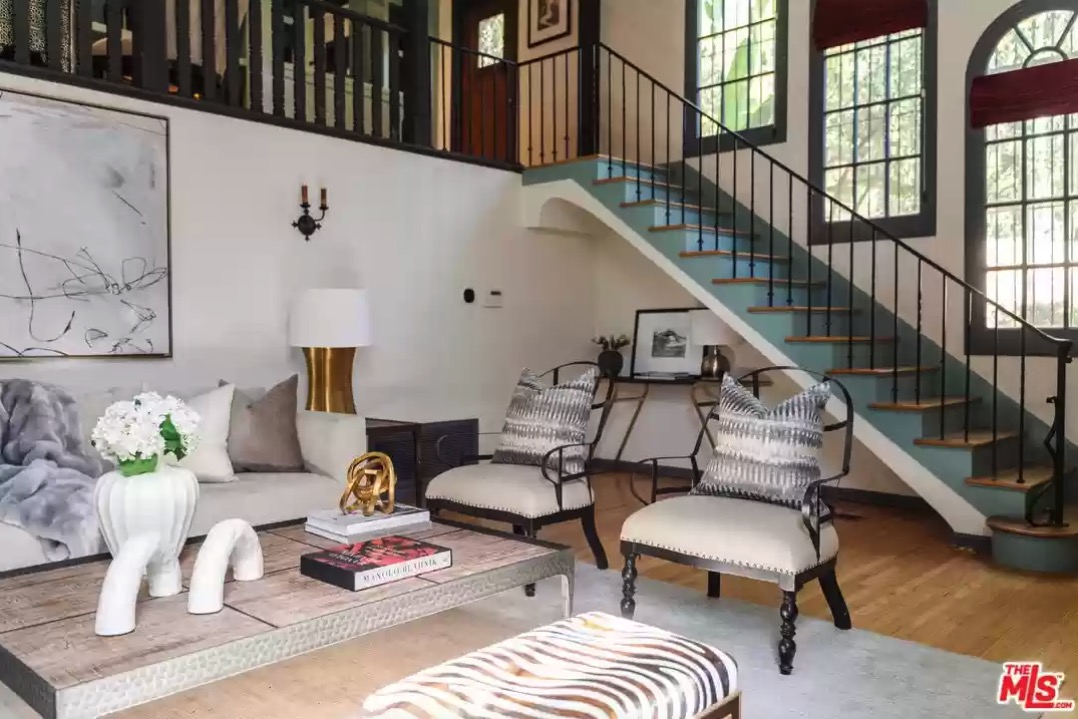 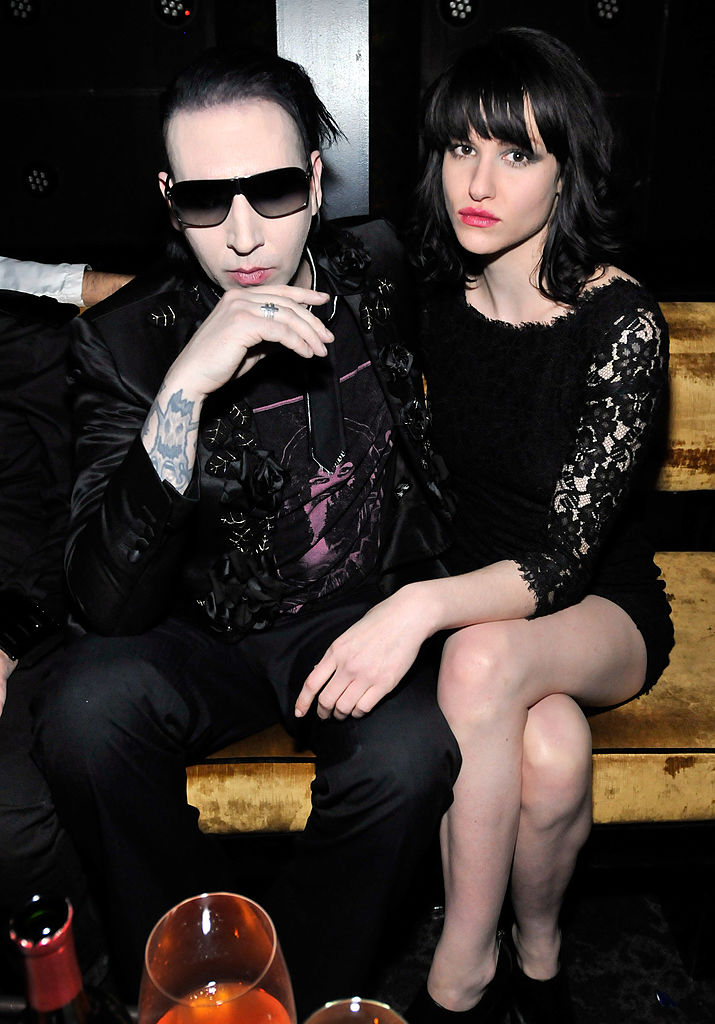