LOVE Island fans dragged Jake Cornish for a major wardrobe blunder as he headed into the Hideaway with Liberty Poole.

Viewers watched as the Weston water engineer, 24, jumped into the pool with excitement after the Islanders voted for him and Liberty to be the first couple to spend the night in the Hideaway. 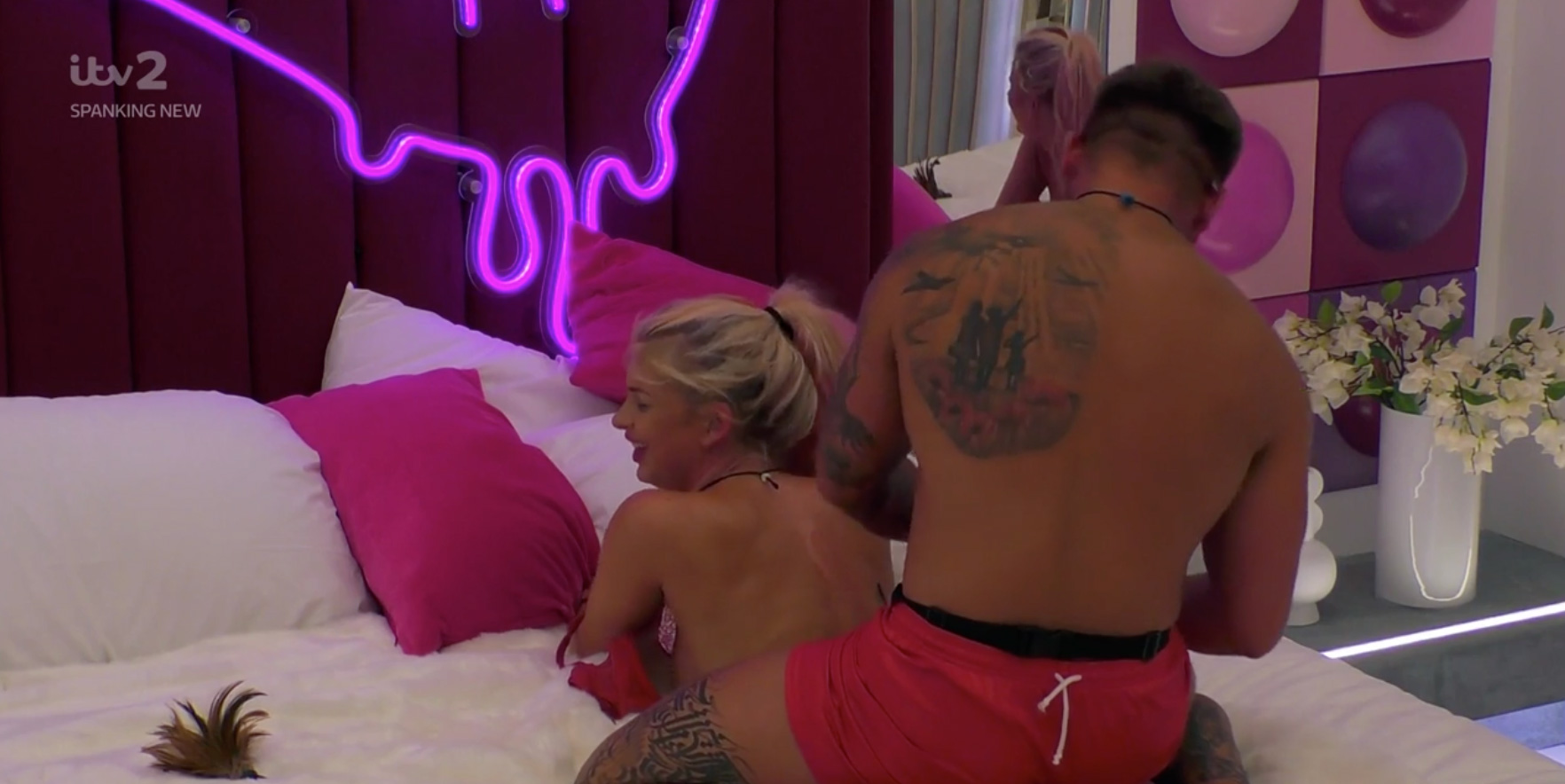 Each of the couple excitedly got ready for their big night, with all the girls having a hand at helping Liberty get sexy, while the lads watched Jake stuff a sock in his shorts.

He paraded about the bedroom with unbounded swagger as viewers noticed a major wardrobe blunder.

Jake was wearing his red shorts back to front, with the white cord visibly hanging out at the back.

None of the other Islanders pointed out his mishap as he moved around the villa, including as he walked out with Liberty and pulled his shorts down to flash his bum at them. 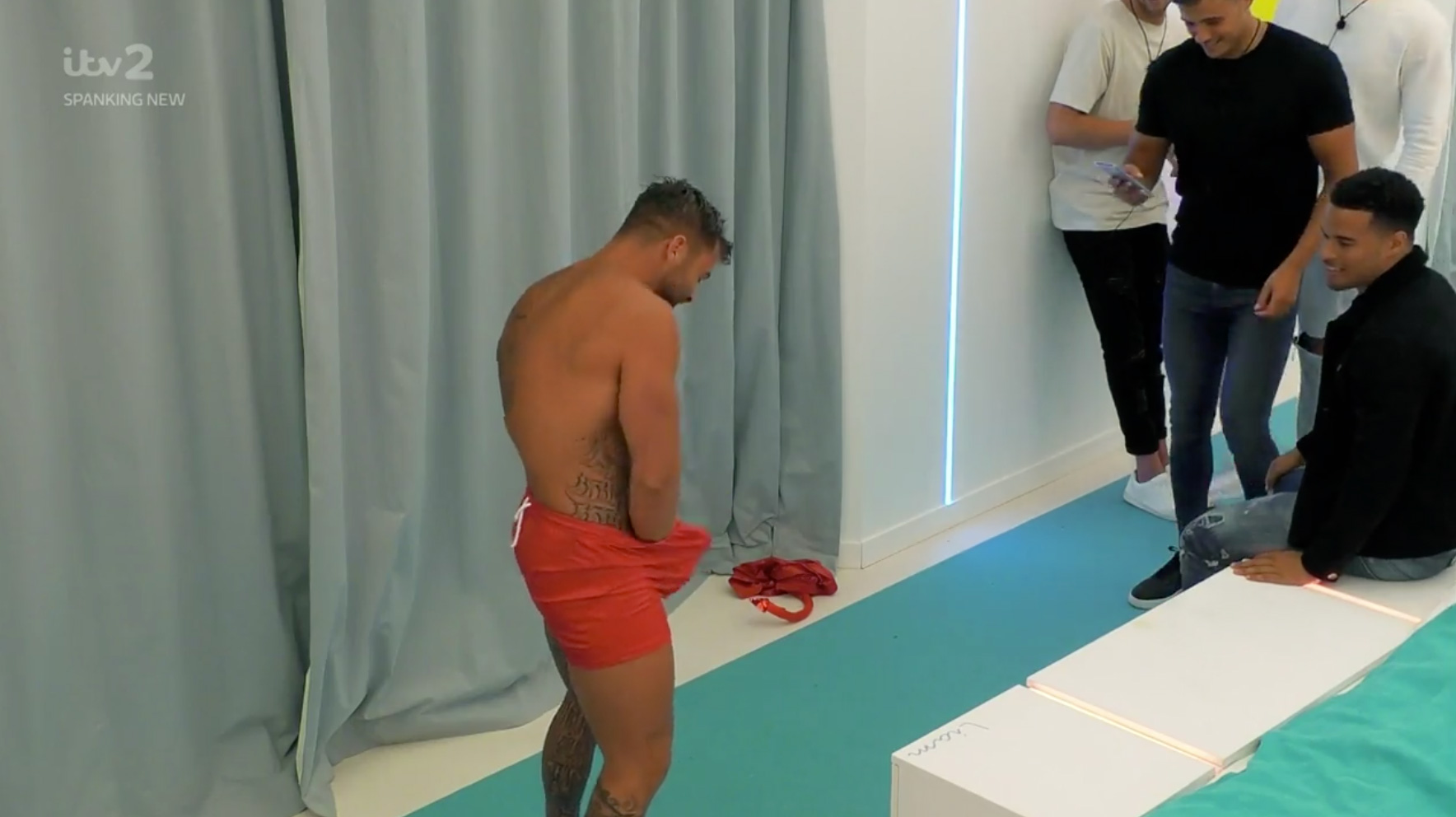 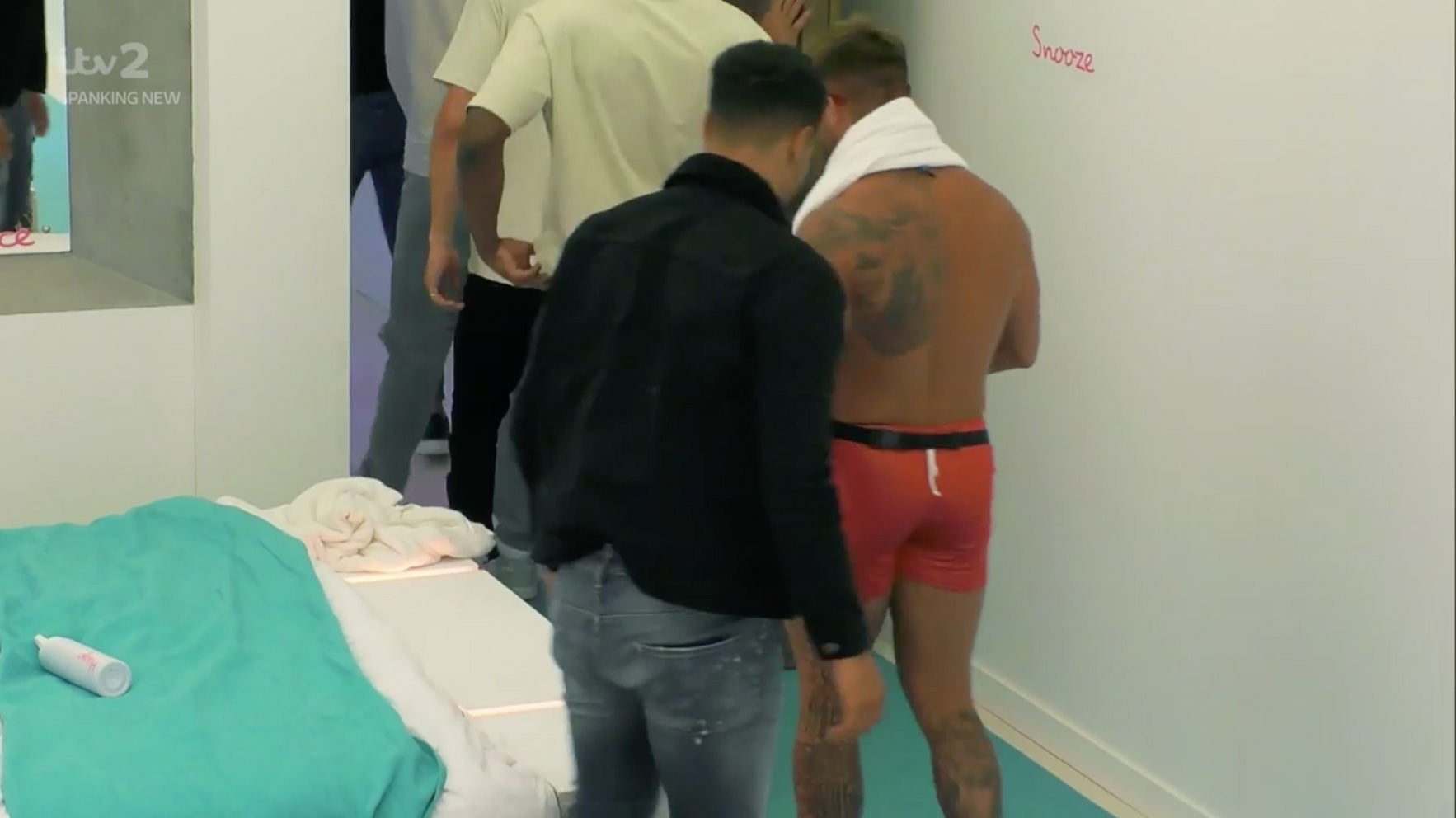 "Why did not one c*** tell Jake his shorts are back to front?," wrote one fan on Twitter.

But it wasn't until the pair stripped down in bed and Jake gave her a massage that fans thought it was an apt warning for the blonde beauty to move on from him.

"NOT JAKE PUTTING HIS F***ING SHORTS ON BACKWARDS WHEN LIBERTY LOOKS LIKE T H A T," wrote one Twitter user.

Another added: "JAKE HAS HIS SHORTS ON BACK TO FRONT LIBERTY PLS IM BEGGING GET AWAY FROM THAT MAN." 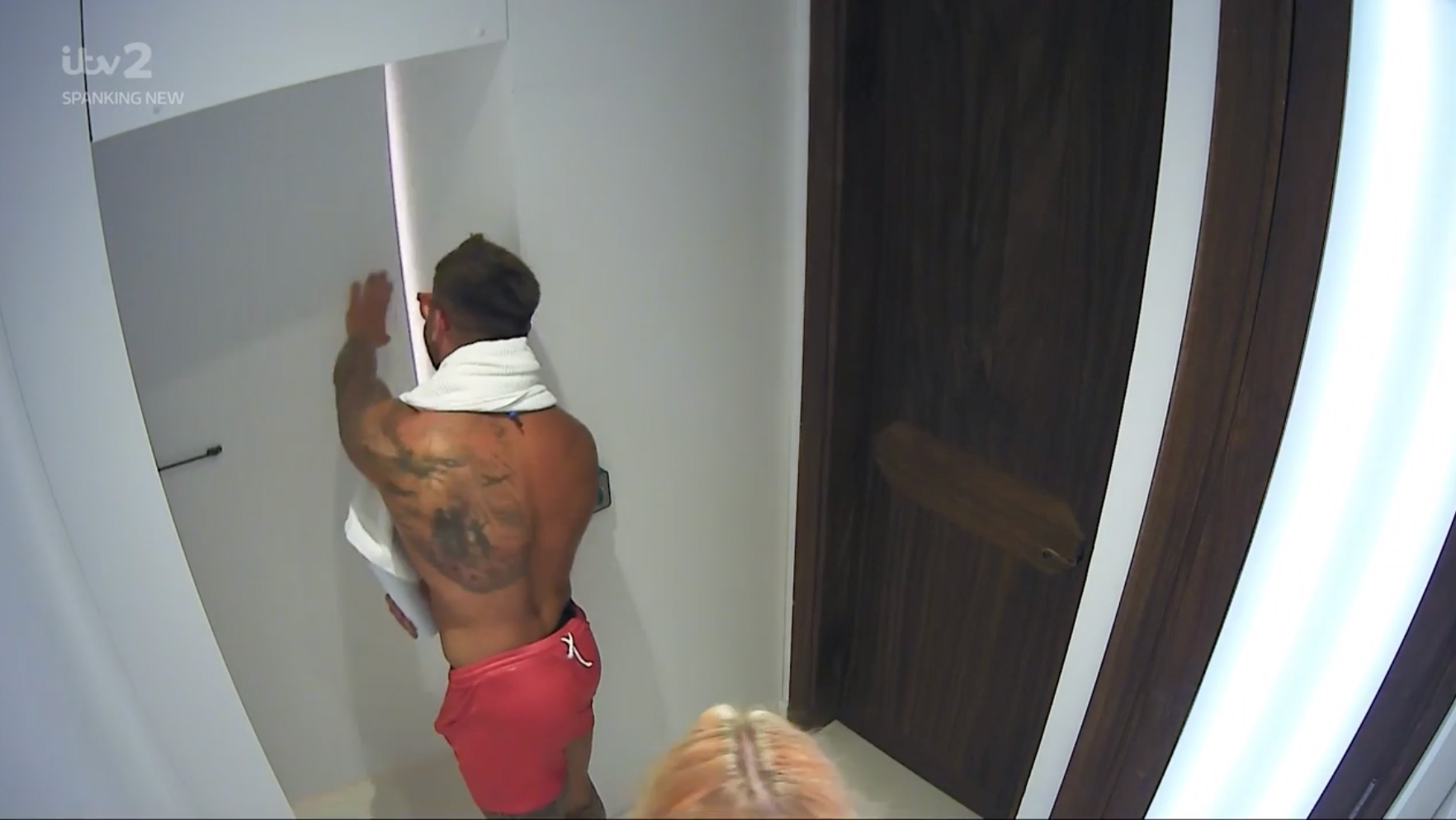 And a third wrote: "Jake got il his shorts on backwards. Liberty GET OUT GIRL."

Fans' anger at Jake came after he confided in teacher Hugo Hammond on the ITV2 reality show about what he really thinks of being partnered up with Liberty.

Jake, 24, confessed he couldn't see himself staying loyal to the blonde, admitting "my head could definitely be turned".

He said: "To be honest Libs is not giving me any reason not to trust her …

"It is progressing in the right way, I don't know if that's because my eyes aren't elsewhere.

"I'd be lying if I didn't say if another blonde came in and she had blonde hair, blue eyes, up for a laugh, why would I not get to know her because I'm with Lib? 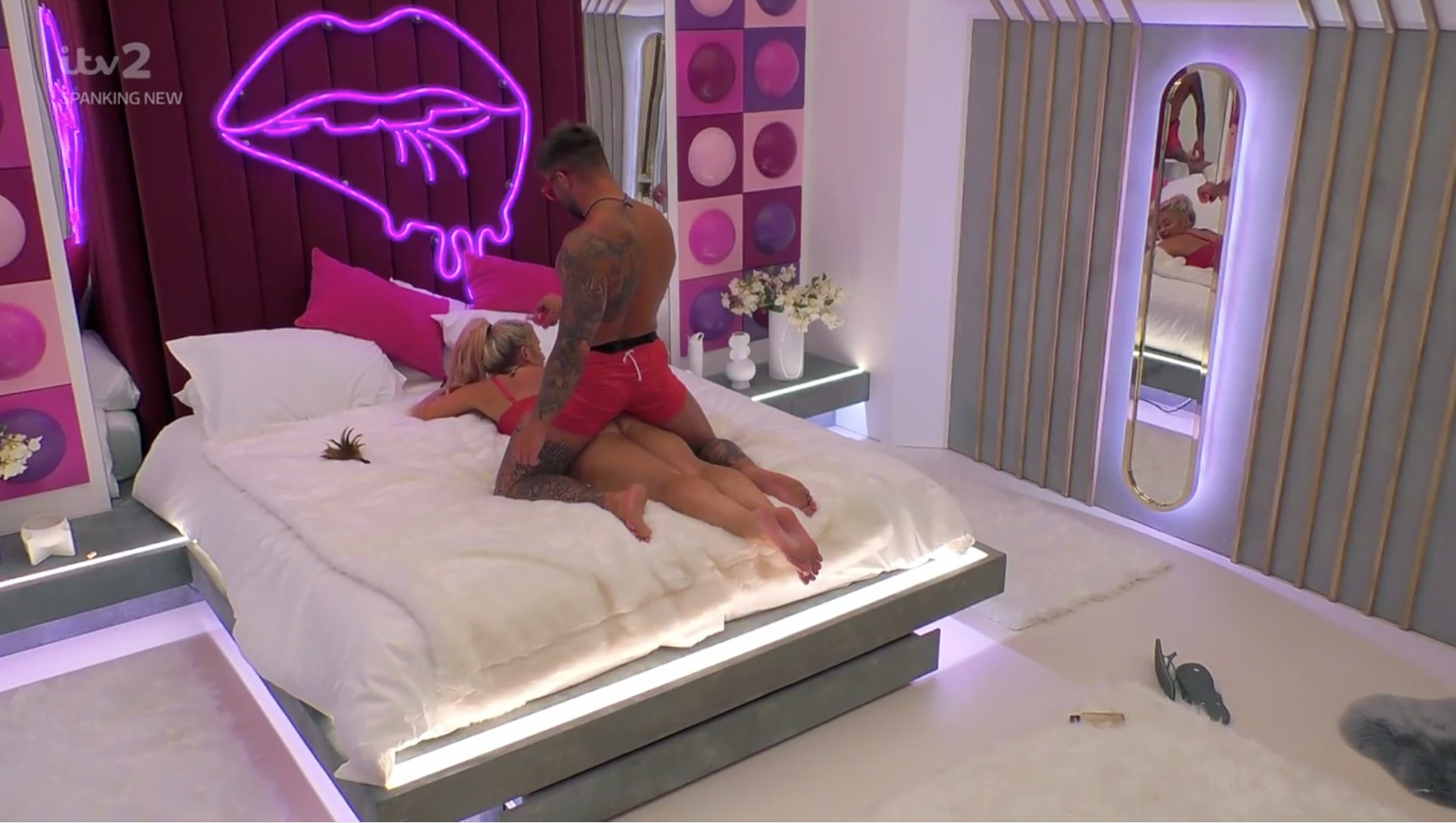 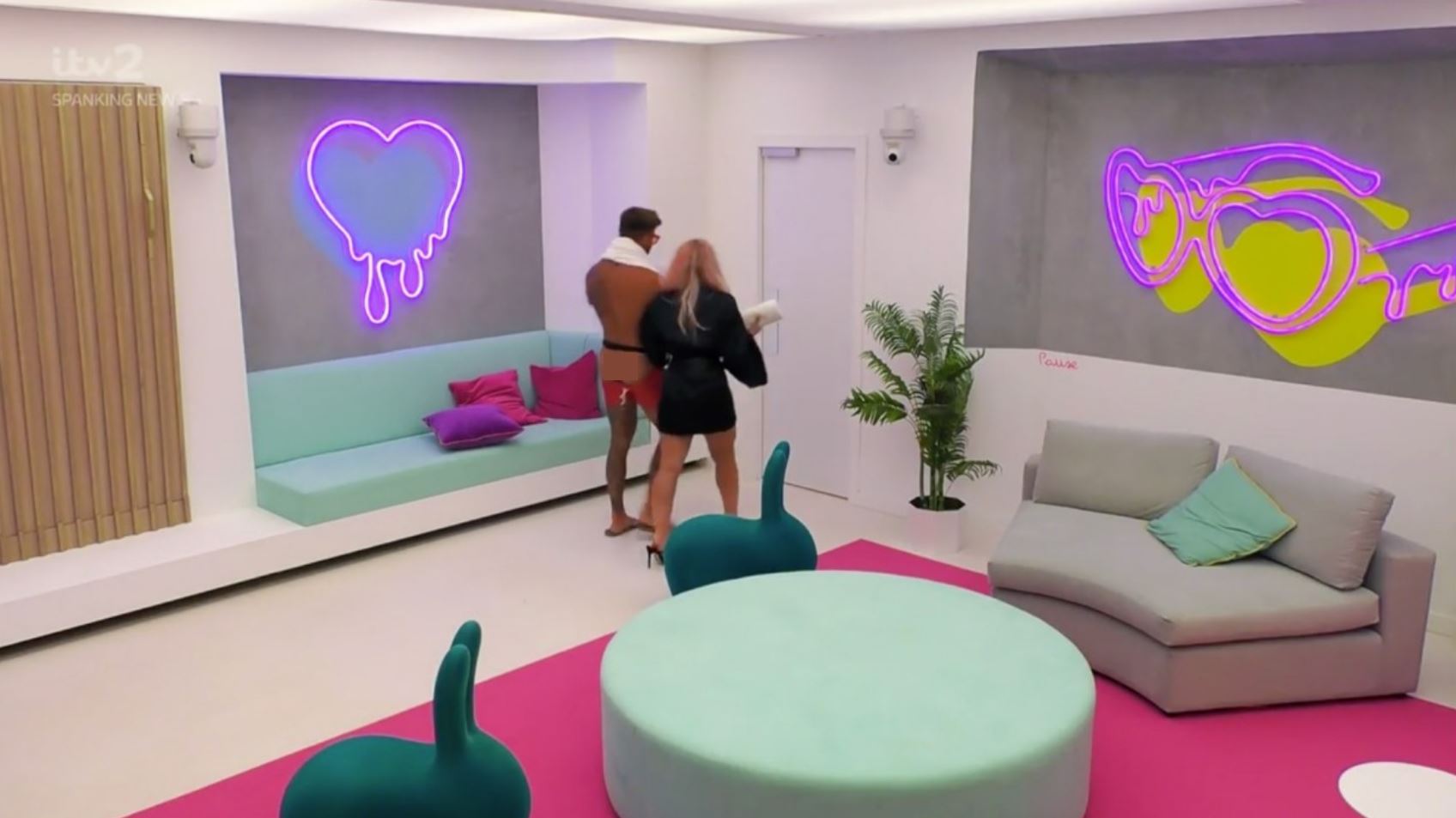 Taking their feelings to Twitter, one viewer raged: "Jake is playing a game, SOMEONE TELL LIBERTY ALREADY"

Jake previously stunned Hugo when he said Liberty might not be what he's looking for after all and said he didn't want to "fake" it.

The tattooed contestant praised Liberty's personality last week but admitted that he couldn't quite feel a strong attraction.

Fellow contestant Hugo was left baffled, speaking in the Beach Hut, he said: "I don't know what more he's looking for? Hopefully the ripping of the clothes will come into play at some point."

Tags: fans, hysterics, in, Island, Love
You may also like
Celebrities News