Despite jilting Giannina Gibelli on their wedding day, Love Is Blind star Damian Powers and his co-star are still dating over a year after filming for the Netflix series ended. Now able to tell the world about their relationship, both Damian and Giannina have spoken publicly about their experience and the challenges that have come with it.

The pair’s relationship wasn’t exactly portrayed as smooth-sailing over the 10 episodes of Love Is Blind.

From Giannina slamming Damian’s performance in the bedroom to her taking a tumble in her wedding dress on their big day, the Netflix cameras appeared to catch every detail on their engagement.

However, when speaking to Entertainment Tonight, the pair took issue with just how their relationship played out on-screen.

The interviewer asked Giannina and Damian: “The memes, the tweets and everyone has something to say about every single couple, how do you guys feel about how you’ve been portrayed and what people have been saying and is there anything you wanna clear the air about?” 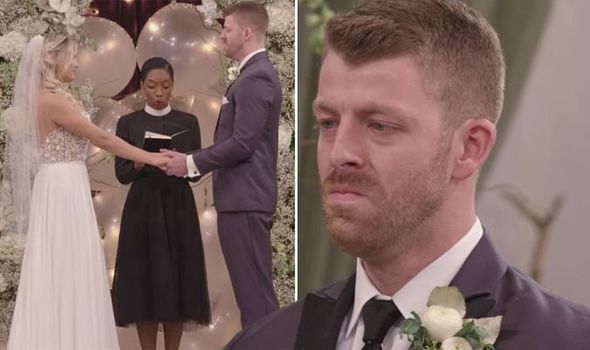 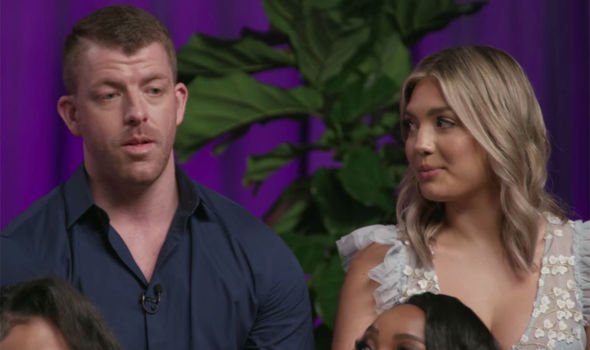 Damian wasted no time in responding and seemingly took a swipe at how their love story was shown in the Netflix hit.

“I would say overall the show didn’t show enough of our story,” Damian began, receiving a nod of agreement from Giannina.

He continued: “Especially in the beginning of how our connection really built.

“We had some really beautiful moments that were never portrayed.” 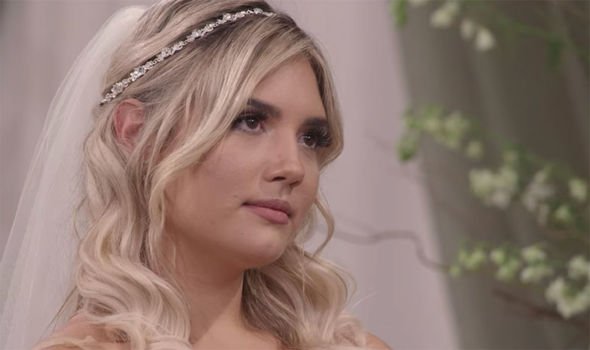 The Love Is Blind star added: “Even though we had some really harsh strung-out fights that you guys saw, we had really beautiful moments too.”

“So, you know, it sucked. I’ve gotten different things from like ‘oh, he’s gaslighting–‘ which, I had to look that up, I didn’t know what that was,

“But it’s manipulation to make somebody else seem angry or crazy and, you know, me and her have done a lot of talking and discussing and there were points where we pushed each other and it did cause breaking points.

“(It was) something that I look back on and I’m not super proud of because I never had that intention. My intention was, solely, that I love this girl, I’ll do whatever it takes to show her she’s what I want in a woman.”

Giannina supported her other half as she chimed in: “And I felt that.”

Damian then clarified: “So there was no manipulative meaning on either one of our ends towards each other,

“It was purely just something new in a very condensed amount of time and you’re learning each other’s entire lives in a month and a half and there’s a lot of stress behind that that I don’t think a lot of people understand or see.

“They just see a show put together, not emotions and the lives that were affected because of it.”

Despite not feeling fairly represented in the series, the duo have made a go at a relationship outside the famous pods.

And they’re not the only ones as a handful of other couples have gone the distance since meeting on Love Is Blind.

Matt Barnett and Amber Pike said their “I do’s” on the show and remain together today.

Lauren Speed and Cameron Hamilton also tied the knot on their big day and remain a united couple.

Love Is Blind is available to stream on Netflix now.