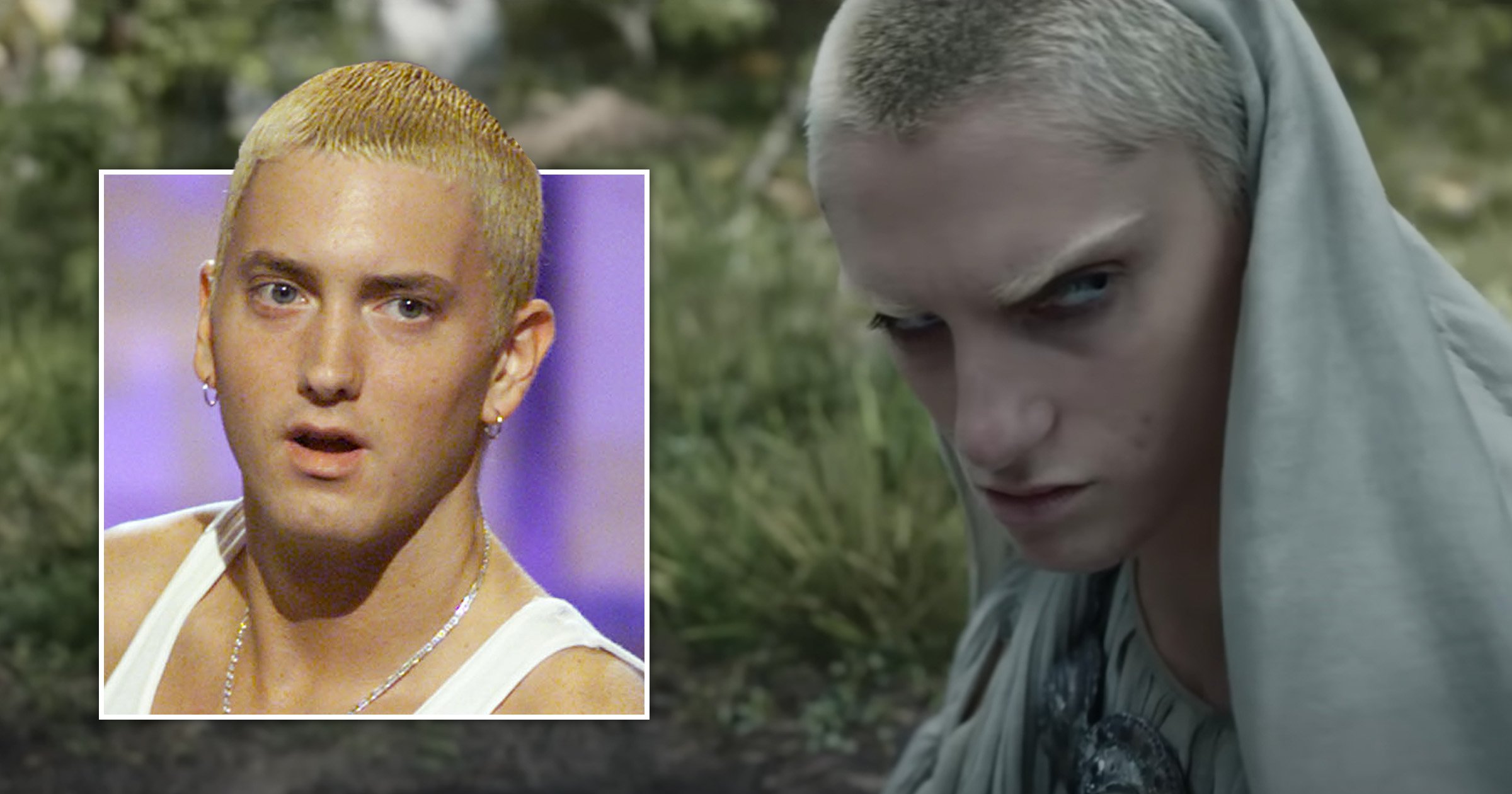 The return of an in-person, full-scale San Diego Comic-Con this year has brought with it plenty of exciting surprises, including a brand new trailer for The Lord of the Rings prequel series The Rings of Power.

With the release date on Amazon Prime Video fast approaching, the latest glimpse at the show teased the ominous presence of Sauron, a close-up look at Sir Lenny Henry as a Harfoot named Sadoc Burrows and a terrifying Balrog.

The trailer also revealed new characters who are yet to be identified, including one that bore a striking resemblance to a certain Mr Marshall Mathers – aka Eminem, aka Slim Shady.

In a voiceover, a character could be heard saying: ‘Evil does not sleep – it wakes.’

At the second part of this sentence, the aforementioned individual turned their head in a foreboding manner, with their peroxide blonde, shaved hair instantly drawing parallels to Eminem’s signature hairdo.

Near the end of the trailer, a character suspected to be played by Bridie Sisson appeared with the same hairstyle.

While it’s currently unclear, several fans are under the impression that these individuals are two different characters who simply sport the same haircut.

Some have speculated that they may be part of the cult of Melkor, who have been sent by the evil being that is Sauron.

The Eminem references instantly flooded Twitter after the trailer’s release, with one cleverly changing the lyrics to Lose Yourself by writing: ‘These men are sweaty, elves weak, dwarves are heavy. There’s hobbits on middle earth already, orc machete.’

‘Beginning in a time of relative peace, the series follows an ensemble cast of characters, both familiar and new, as they confront the long-feared re-emergence of evil to Middle-earth,’ it states.

‘From the darkest depths of the Misty Mountains, to the majestic forests of the elf-capital of Lindon, to the breathtaking island kingdom of Númenor, to the furthest reaches of the map, these kingdoms and characters will carve out legacies that live on long after they are gone.’

The Lord of the Rings: Rings of Power premieres on September 2 on Amazon Prime Video.