Line of Duty: Hastings says ‘I’m the epitome of an old battle’

Line of Duty season six airs every Sunday evening at 9pm. Stephanie Corbett, played by Amy De Bhrún, made a surprise return in season five but who is Stephanie Corbett and what happened to her? Express.co.uk has everything you need to know.

Who is Stephanie Corbett?

Stephanie Corbett is the widow of DS John Corbett (Steven Graham), who appeared in season five of Line of Duty.

Together they have two young daughters, one which is called Gemma.

In series five, whilst her husband Steven was working undercover in the Organised Crime Group (OCG), Stephanie was visited at her home by AC-12 officers, DI Kate Fleming (Vicky McClure) and DS Steve Arnott (Martin Compston).

she was questioned about her John and insisted she wanted nothing to do with her husband. 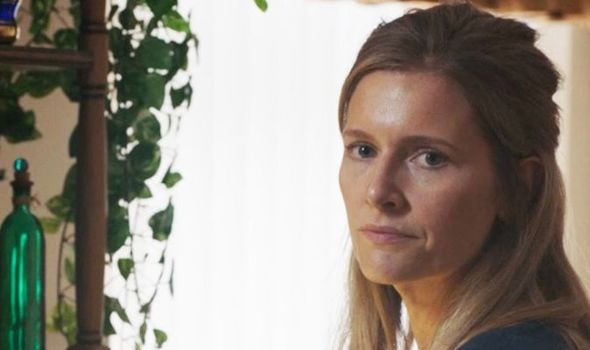 Viewers who watched season five of Line of Duty will remember she and her husband John had an emotional conversation, with John using a secret burner phone.

On the call, John apologised for not calling more often and the pair appeared very much in love, contrary to the impression given to Steve and Kate.

In the end, it was uncovered Stephanie was lying to Central Police, in order to hide her husband’s undercover role.