Better Call Saul’s Bob Odenkirk may have revealed a major spoiler for the series’ finale episode. Busting open fan theories, he referenced the importance of Jimmy and Kim’s relationship as the backbone to the show’s plot.

Bob Odenkirk nodded to the important role his character’s relationship with Kim Wexler played in the plot development.

Deserting the marriage during the show’s final season, fans were gutted to see Kim leave, claiming the pair were better apart.

All anyone wants to know is if her exit truly was the end of the road for Rhea Seehorn’s character and it seems it may not be. 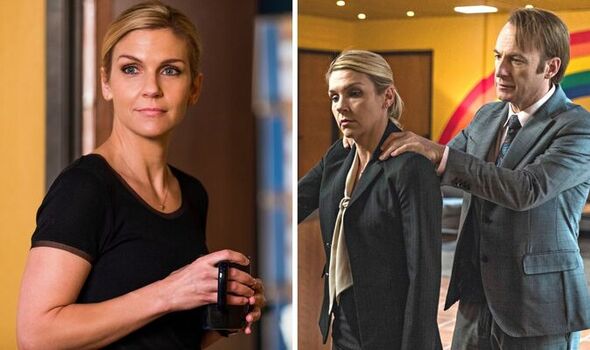 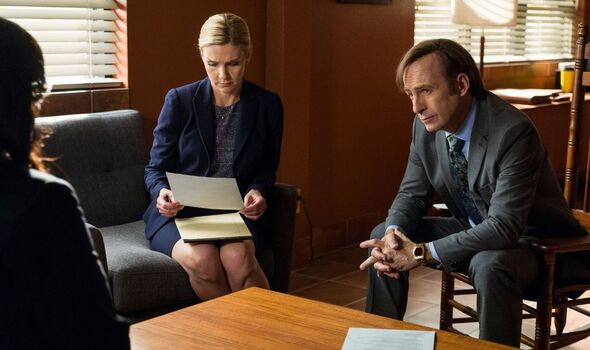 Paired up with co-star and Kim Wexler actress, Rhea Seehorn, Bob set about debunking the most popular fan theories.

The Breaking Bad prequel is nearing the end of its run and speculation as to the big finale is rife.

Chatting on Vanity Fair’s Youtube channel, the actor seemingly dropped a major clue when it came to Kim’s whereabouts.

The theory was long and complex, involving details of Kim moving to Nebraska under a new identity but the part that stuck out to Bob was the certainty she would reunite with the series’ main character in the end. 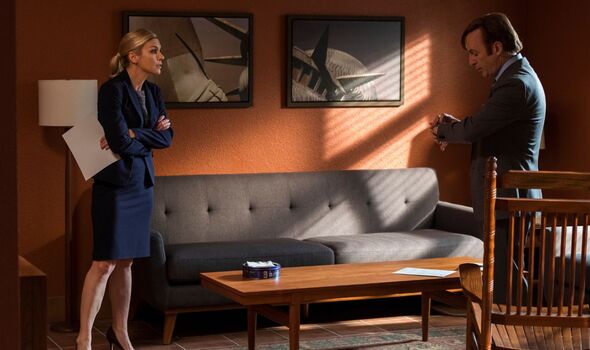 To that, Bob admitted he knew what happened and offered up some commentary of his own under the watchful eye of Rhea.

He said: “The show started as how is he gonna become Saul Goodman? Why? And it became Kim Wexler and Jimmy together.

“And why are they together and what’s driving them? And how is that gonna go away?

“In the end I think the writers acknowledge with the ending they wrote that it really is this relationship that was the real life of the show, inner life and outer life.”

Could this mean viewers will catch a glimpse of the leading lady before the final credits roll?

His wife Kim hatches a plan to ruin former colleague Howard before the pair’s marriage finds itself on the rocks.

In other events, Nacho takes the blame for the raid on Lalo, who pretends to be dead in order to plot revenge on Gus.

Ultimately, things go down the pan for the couple as their guilt eats them up separately.

Leaving on the departing line, “Together we’re poison”, the breakup of the relationship is what triggers Jimmy’s evolution, or so fans have guessed.

Rooting for the soulmates to reconnect, fans will have to wait for the thirteen-episode run to come to an end before their expectations can be met.

Catch up on the final season of Better Call Saul on Netflix.