Licorice Pizza is a lighthearted film about growing up in the ’70s in the San Fernando Valley, starring Bradley Cooper as well two breakout young-adult actors. Director Paul Thomas Anderson’s past films include Boogie Nights, Punch Drunk Love, and There Will Be Blood. With his most recent film, Anderson leans toward a more carefree subject matter. Let’s look at this film, its star-studded cast, and its Hollywood connections that run deep.

What is ‘Licorice Pizza’ about?

Jack Holden, played by Penn, is a stand-in for William Holden. This is meant to signify an amalgamation of old Hollywood and new Hollywood. Christine Ebersole plays Lucille Ball. However, in the film, she is referred to as Lucille Doolittle. Cooper portrays Peters, a “monster version” of the real-life producer. Leonardo DiCaprio was originally slated to play this role.

Hoffman, who plays the main character, is Phillip Seymour Hoffman‘s real-life son. Cooper’s character is based on Gary Goetzman, an American film and TV producer and child star who appeared in the Lucille Ball film, Yours, Mine, and Ours. Maya Rudolph, the director’s wife, appears in the film as well. 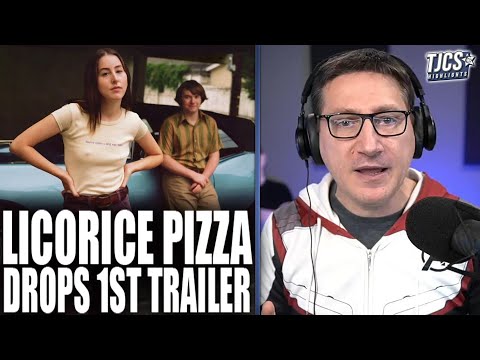 Anderson admits that the characters in his movie are based on real-life stories Goetzman shared with him about growing up in the San Fernando Valley. Anderson told Variety:

“Gary would tell me stories about delivering waterbeds, and he told me a story about delivering waterbeds to Jon Peters’ house, and he said, ‘He was the greatest guy in the world. He brought us in. He said, take your time boys. I’m off to the movies. Enjoy yourselves.’ I thought, well that’s not very dramatic. We need the exact opposite to happen. So I created a monster version of Jon Peters from things that I had heard over the years. I took everything I’d heard about any Hollywood producer of that time that had a reputation for a lot of bravado and aggro energy, and placed it there.”

Anderson is proud of Licorice Pizza, though he admits that he is nervous about how the film will be received. The film is certainly a departure from other films he’s directed. Naturally, he hopes people will like his interpretation of a rom-com. Before its broad release on December 25, 2021, Licorice Pizza had a limited theatrical release on November 26, 2021.