Killing Eve is coming to an end with its delayed fourth season but BBC America is developing a number of potential spinoffs.

The cat-and-mouse thriller, which stars Jodie Comer and Sandra Oh, is set to start filming season four in the UK and across Europe early this summer and the eight-episode run will premiere in 2022.

The third season of the Sid Gentle-produced drama premiered in April 2020 and Covid-19 has delayed production of the show that was originally adapted for television by Phoebe Waller-Bridge.

The third season sees Polastri and Villanelle [SPOILER ALERT] leave together and make a pact to walk away and never see each other again but the two stop and giving a knowing look back at each other.

The network and production company didn’t disclose specific spinoff ideas and sources suggest that there’s nothing firm in the pipeline but it’s clear that the AMC Networks-owned is keen to extend the Killing Eve universe.

There’s plenty of characters that could be spun off – it’s highly unlikely that Comer or Oh would front a standalone spinoff – including The Twelve, the shadowy organization that is association with Villanelle or The Bitter Pill, a group of investigative journalists that help Polastri investigate. 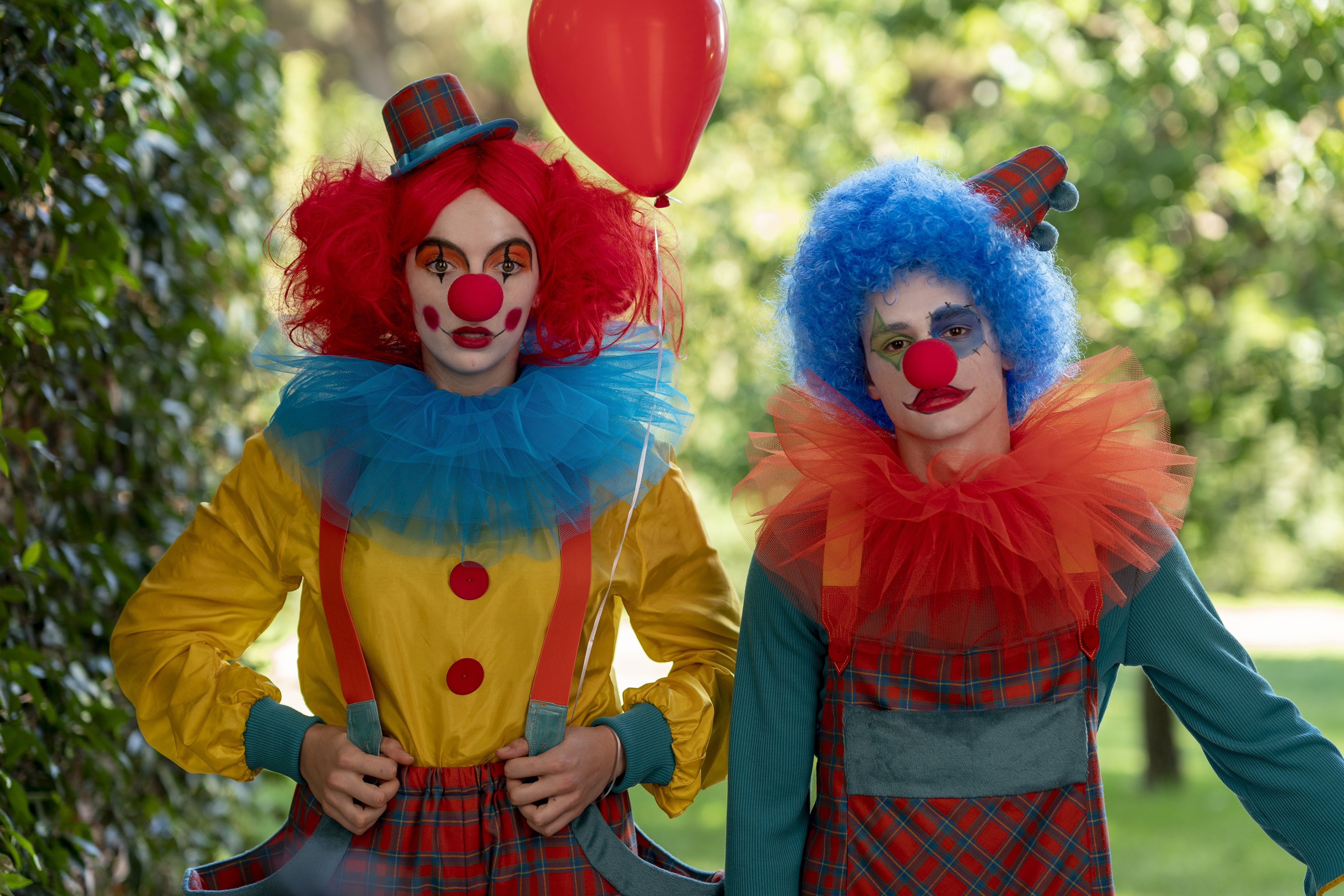 A number of viewers have also been calling for a spinoff featuring various Villanelle protégées – as highlighted by fledgling killer Felix (left), who she teams up with dressed as clowns to kill at a children’s party, although Felix himself doesn’t last long.

“Killing Eve exploded in popular culture and attracted a dedicated and committed fan base from its very first episode. Phoebe Waller-Bridge’s brilliant adaptation of the source material, the unforgettable characters given life by Sandra Oh and Jodie Comer, and the entire cast, along with our partners at Sid Gentle Films, have delivered a one-of-a-kind roller-coaster ride that has taken our breath away,” said Dan McDermott, president of original programming for AMC Networks. “We could not be more thankful for the extraordinary talents and efforts of everyone involved, particularly Sandra and Jodie, who made Killing Eve much more than a television show. We look forward to what is sure to be an unforgettable final season and to exploring potential extensions of this compelling universe.”

“We have been unbelievably blessed to work with extraordinary human beings throughout the life of Killing Eve,” said Executive Producer Sally Woodward Gentle. “From the magical Phoebe, to the delectable Emerald, Suzanne and now Laura, headed by the super-powers of Sandra, Jodie, Fiona and Kim, and with brilliantly talented directors and crew. No one knew what an adventure we were embarking on and there’s so much more to come. Buckle up!”

“Killing Eve has been one of my greatest experiences and I look forward to diving back into Eve’s remarkable mind soon,” said Sandra Oh. “I’m so grateful for all cast and crew who have brought our story to life and to the fans who have joined us and will be back for our exciting and unpredictable fourth and final season.”

“Killing Eve has been the most extraordinary journey and one that I will be forever grateful for,” said Jodie Comer. “Thank you to all the fans who’ve supported us throughout and come along for the ride. Although all good things come to an end, it’s not over yet. We aim to make this one to remember.”