KATE Garraway has admitted that her National Television Awards win was "bittersweet" as she shared her pain at husband Derek Draper not being well enough to attend the bash. 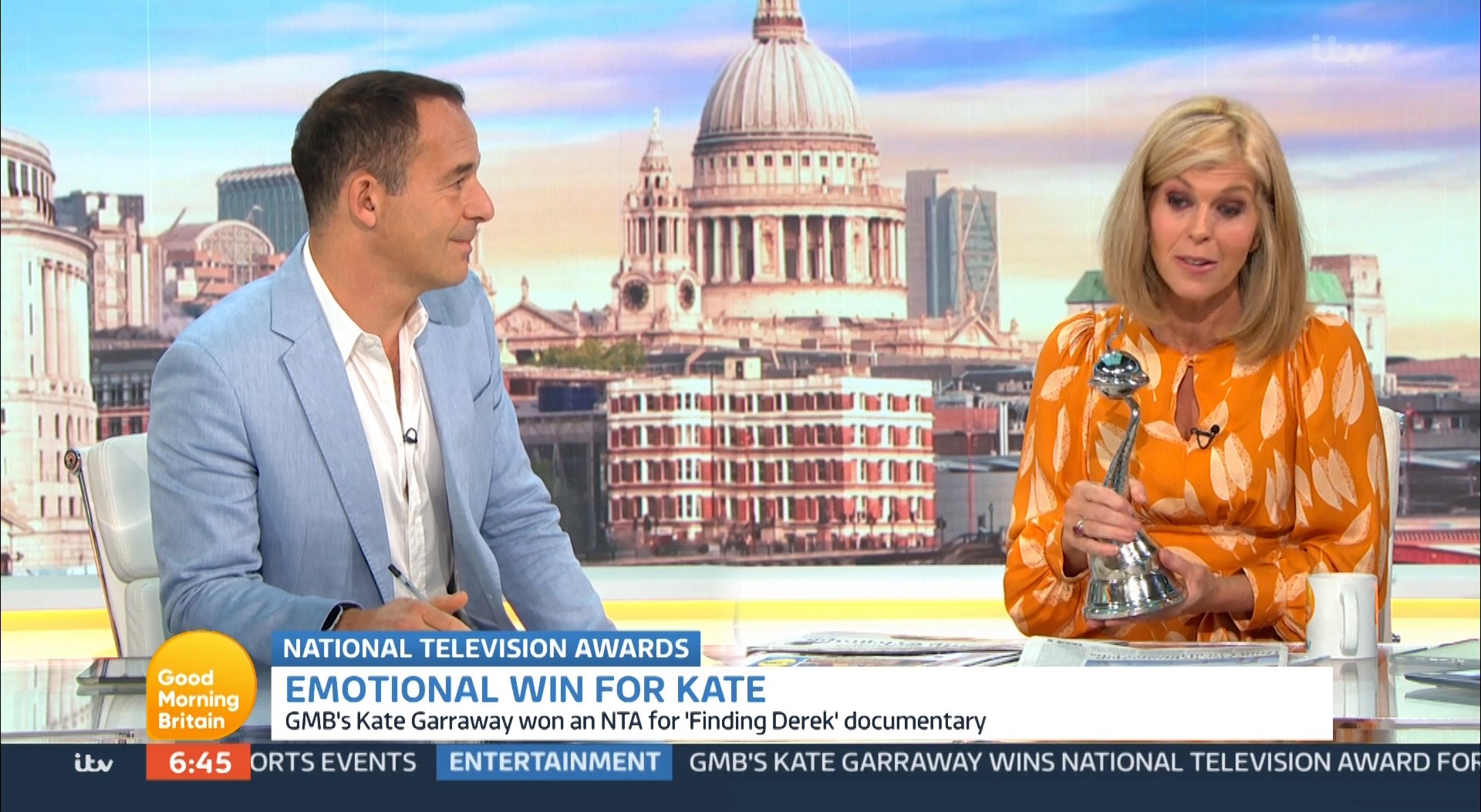 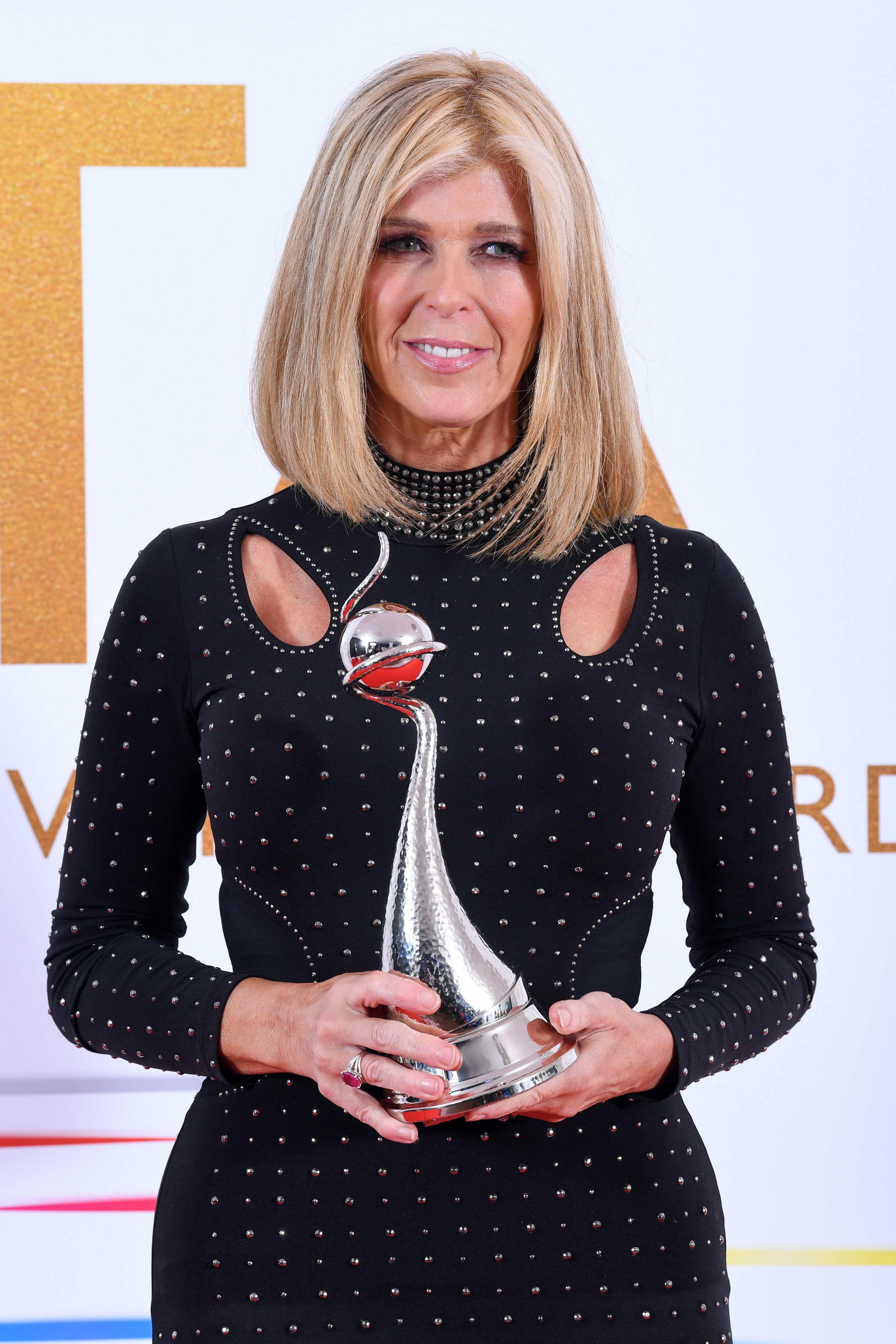 And despite her success, she still managed to turn up for work on Good Morning Britain at the early hour of 6.30am, where she opened up about her win.

The TV favourite admitted that she hadn't been home yet after staying at a nearby hotel to get to work on time, but she did FaceTime Derek to tell him about their win.

Proudly presenting her gong on the breakfast show, Kate told viewers: "Thank you so much to everybody for voting, it means everything and as I said last night, this is for everyone really. I think the reason why it did so well is because everyone has a slice of this in their life. This is for everyone going through the pandemic, let's keep going and celebrating joy."

She went on: "It's very, very tough – it was bittersweet, last night he was not well enough to come – not any question of it. I was in such a daze and didn't expect to win, I went on stage completely bewildered and struggled to get my words out."

Discussing her decision to video call Derek later in the evening, Kate explained: "This is a win for all of us, the one person I couldn't have there was Derek. I didn't go home last night, I booked a hotel room really near the ceremony as I knew I was coming here today.

"I managed to wake up Darcey on her phone and said: 'Can you please take the phone down to dad', she woke woke him up, he was a bit bewildered but he definitely knows. He was so happy, you can see in his eyes, and he was very happy that I was happy."

The documentary followed Derek's gruelling battle with coronavirus, which he was hospitalised with in March 2020 before spending over a year in intensive care.

Taking to her Instagram page early this morning, the presenter shared a screenshot of Derek on the video call.

She captioned the emotional post: "Wow. Thank you so so much. Have been in such an emotional daze all night I failed to get a single photo of me or the brilliant @flickerproductions team who made #findingderek @theofficalntas !!

"But maybe this is the photo you most wanted to see anyway – Me FaceTiming derek (via Darcey’s phone!) to tell him we had won! From him and from the bottom of our family’s hearts THANKYOU.

Kate was visibly stunned when she was announced winner last night, and wiped away tears as she composed herself before giving her speech.

Finding Derek was a moving account of his year in hospital as Kate continued working on GMB while caring for their two children.

Derek's body was ravaged by the virus, with his kidneys failing, his liver and lungs damaged and his heart and pancreas malfunctioning.

Viewers saw Kate struggling to come to terms with the fact Derek, 54, is unlikely to be the same again after doctors told her he was the sickest man they had to treat in the past 12 months.

She received a standing ovation from a star-studded audience at London’s O2 Arena as she stepped up on stage to collect the gong.

The star added backstage: “I wasn’t sure about coming, not because I’m not extraordinarily proud of it, but it felt a strange time to be leaving the family and I’ve been feeling very sad about Derek.

“On the way I met someone who had lost her husband and it’s for them. It’s everyone’s story.” 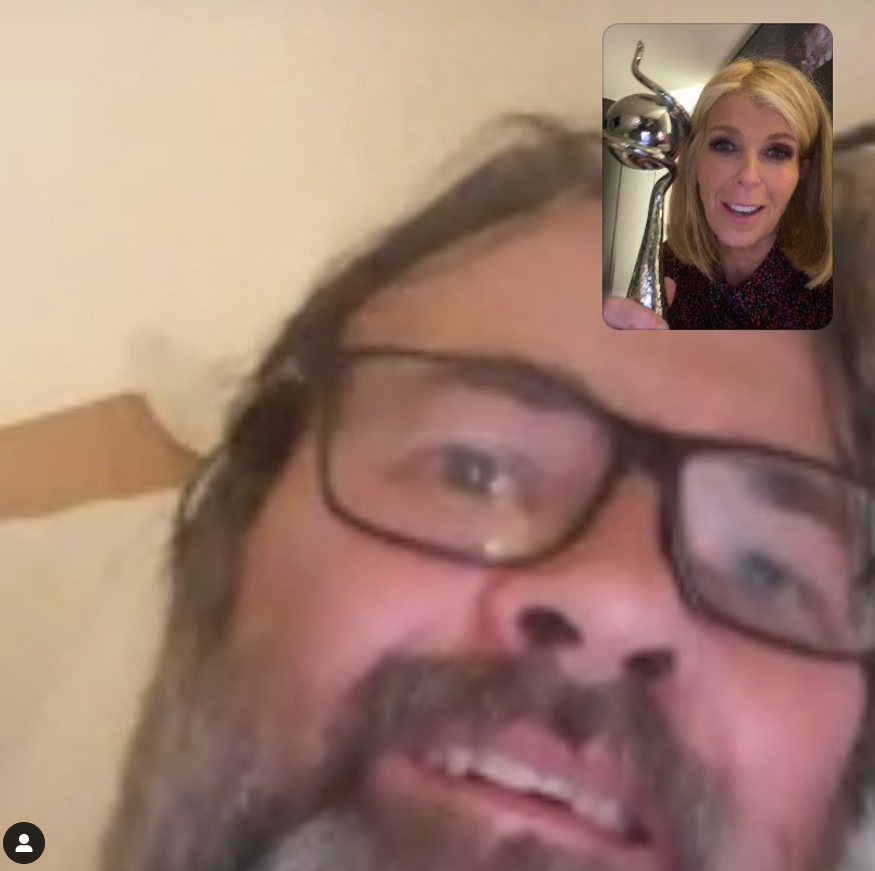 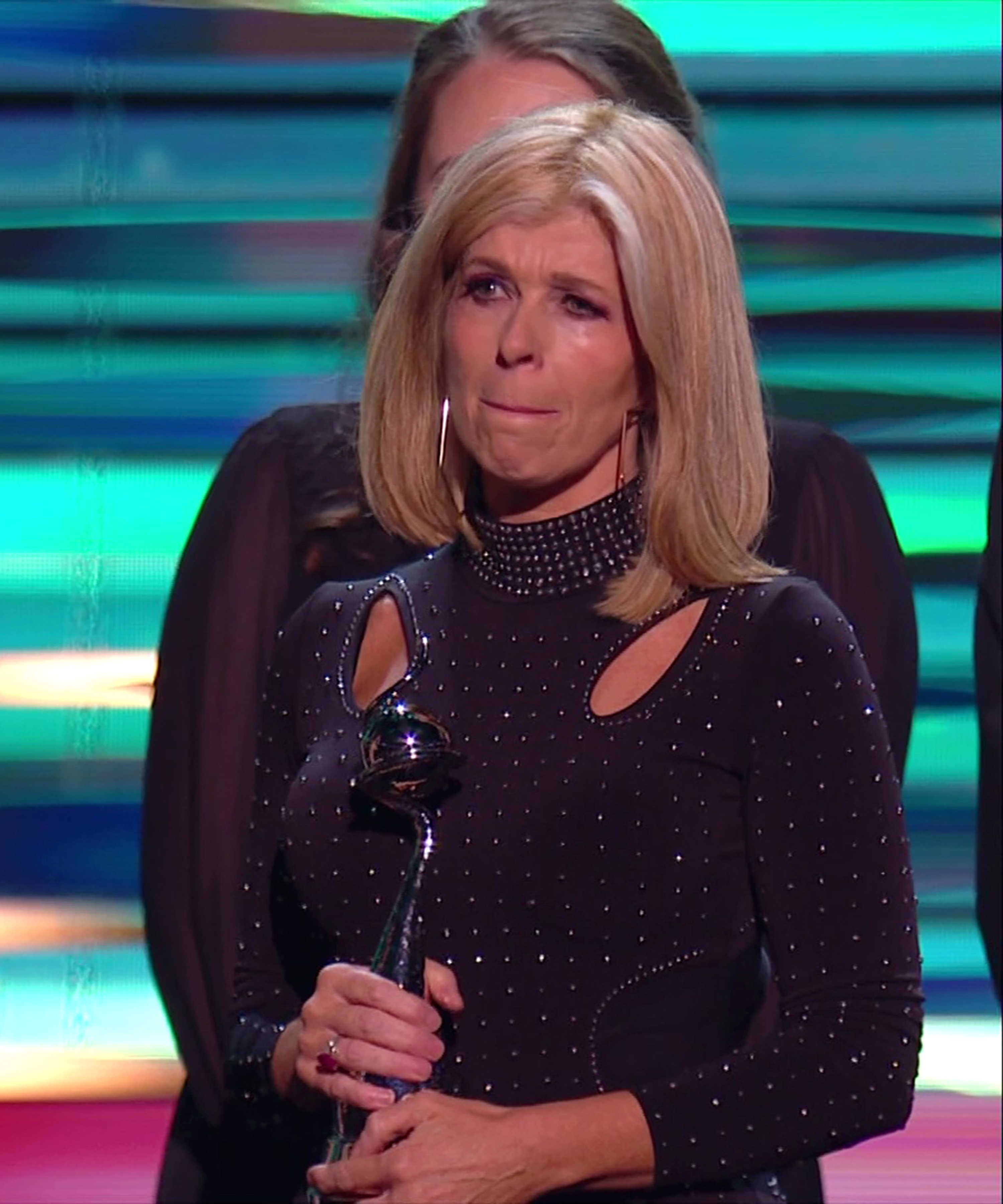