Jersey Shore: Family Vacation Season 4 concluded on Sept. 2, but the fun isn’t over according to executive producer SallyAnn Salsano. The reality TV mastermind behind the MTV series tweeted about a Jersey Shore: Family Vacation “special” slated to air next week. Here’s what we know about the upcoming episode, plus details about the reality series’ confirmed season 5. 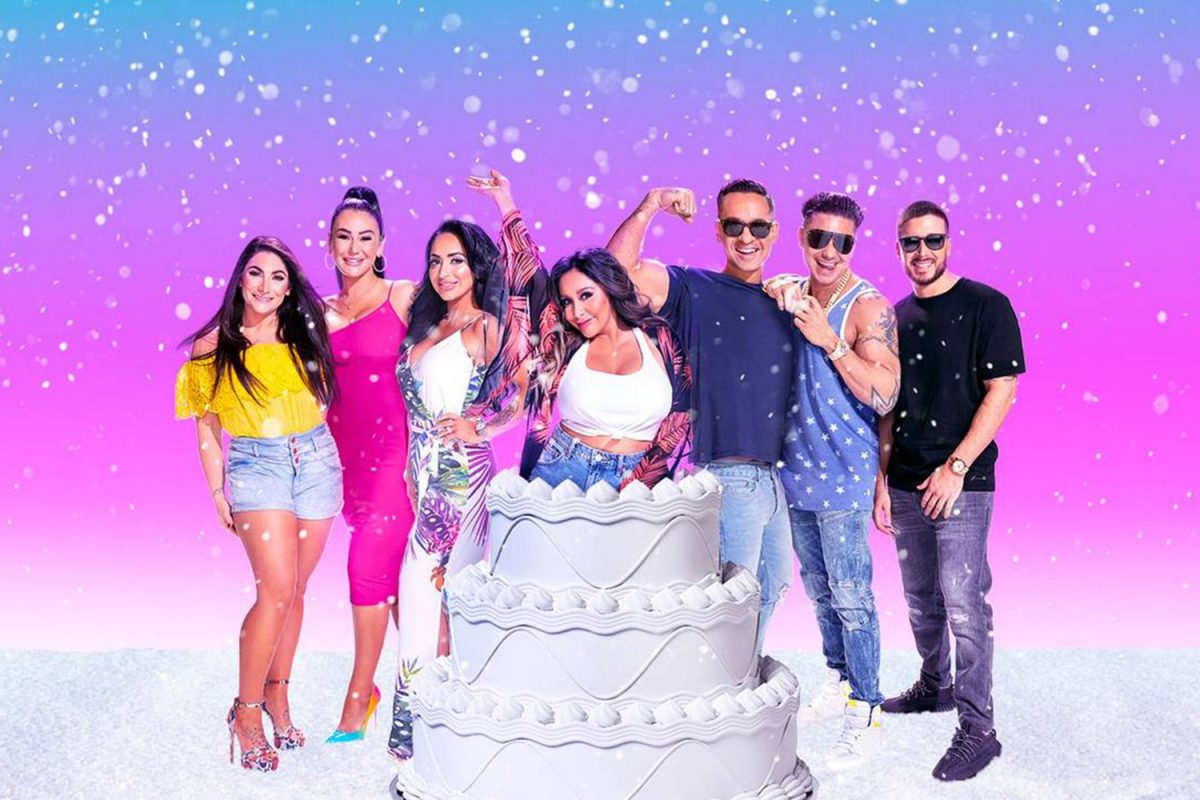 ‘Jersey Shore: Family Vacation’ Season 4 goes out with a bang

Mike “The Situation” and Lauren Sorrentino revealed the sex of their son, Romeo Reign, in December 2020. But that didn’t stop “Big Daddy Sitch” from wanting to run through a wall and redo the reveal in the season 4 finale of Jersey Shore: Family Vacation.

“We will avenge the loss that happened 10 years ago,” Mike tweeted during the episode, referring to the wall in Italy he hit headfirst during season 4. Part of the big reveal involved the rest of the roommates blasting off cannons full of colored powder.

Angelina Larangeira accidentally aimed hers right at her husband, Chris’ face. “Dam, did I just shoot my husband in the eye with a canon???” she tweeted during the episode.

The Jersey Shore: Family Vacation cast, including producer Salsano, tweeted as the finale was airing. “Thank god he’s okay,” Angelina said in another tweet. According to Salsano, there’s more to the story of Angelina hitting Chris in the face that will allegedly be addressed in the special next week.

MTV to air ‘The Meatball Day Wrap Up Special’ on Sept. 9

During the Sept. 2 episode of Jersey Shore: Family Vacation, one fan had concerns regarding Angelina’s actions. Their tweet read: “Why are they acting like [Angelina] did that purposely to Chris. It was a total accident, & anyone that watched this episode should know this!”

“Tune in next week!!” Salsano replied to a tweet. When another fan asked about the season being over, Salsano clarified: “A special next week.”

According to the episode description: “The gang kicks it off by heading to Las Vegas. After partying through Sin City, they head back to the East Coast, celebrating milestones in Atlantic City and settle in for an extended summer stay at the shore, reliving their glory days.”

The new season’s release date has not been announced. However, “Snooki” will be back. “Season 5 marks the official return of reality TV icon Nicole ‘Snooki’ Polizzi to the cast,” the network’s announcement reads. “The ‘Meatball/Mawma is here!’” At the time of publication, Ronnie Ortiz-Magro’s return to the reality series in season 5 is unconfirmed.

However, Ronnie hinted at the potential of his return to TMZ in August 2021. “Hopefully the end of season 5 [I’ll be back],” Ortiz-Magro told the outlet. “All the fans love me and I love them too, so I’ll give them what they want.”