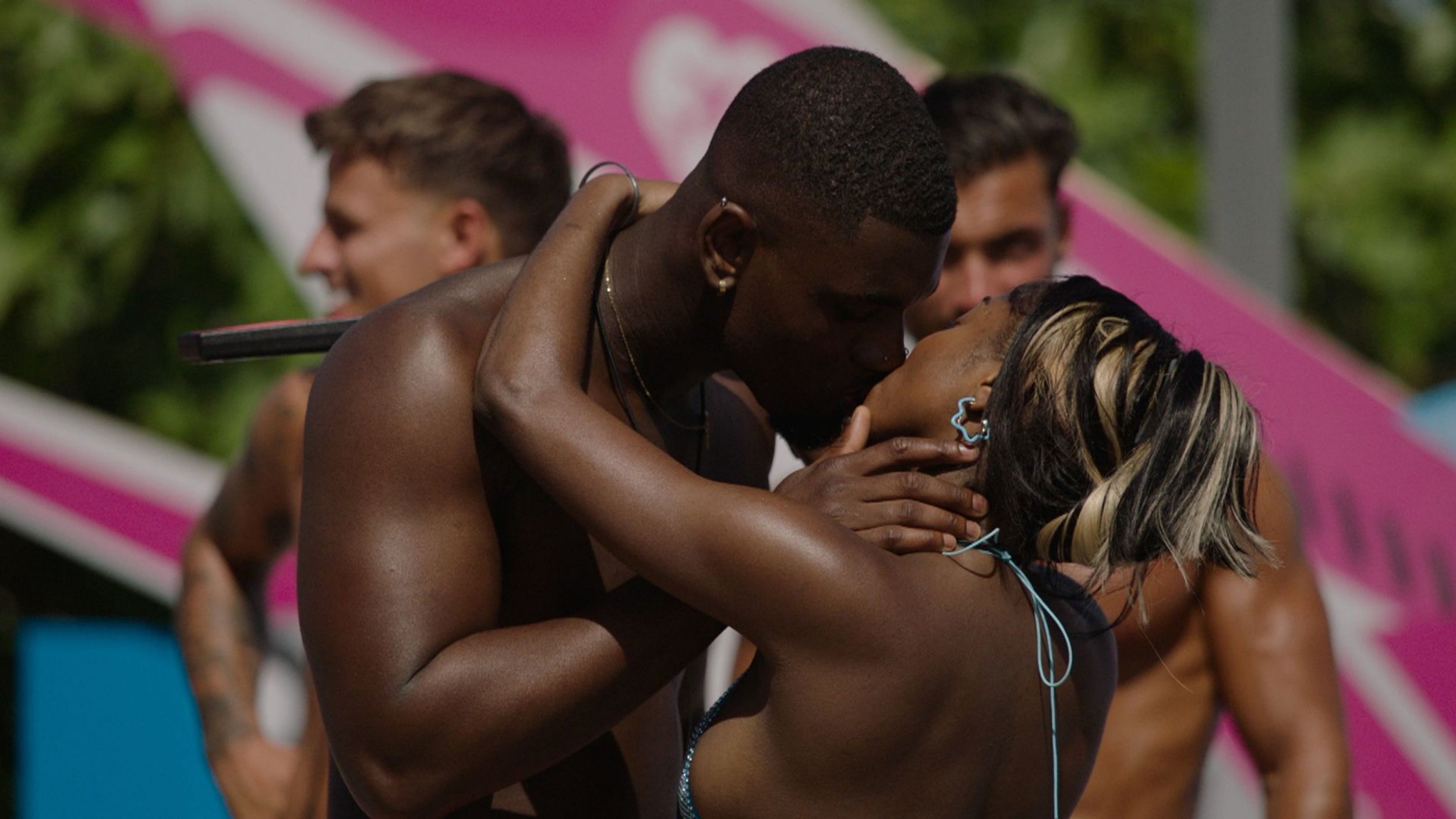 As Love Island’s Danica Taylor tried to relay the details of what happened with Billy Brown between the sheets, she mentioned that they got a bit carried away.

When Indiyah Polack probed for more, she asked ‘Was it the salon?’ Then Danica herself admitted she didn’t know the terms to use but eventually explained that they were both ‘clients’ and received reciprocal ‘manicures’ followed by a waggle of her fingers.

Watching this exchange felt like applying a thick layer of factor 50 cringe all over my body. Seeing three adult women talking about sex in code felt antiquated and immature.

Furthermore, if the contestants on Love Island don’t even understand the absurd euphemisms they’ve created to describe sexual acts, what hope do we have as viewers?

Why are Islanders still sugar coating the fact that they’ve been intimate in their couples? They should be able to talk about engaging in consensual, sexual acts like adults.

As the sun scorches each year, new bombshells explode onto our screens, and everyone takes to Twitter to share the best memes, the Islanders come up with another ambiguous term for any form of intimate or sexual contact. Then each year, viewers are left slightly perplexed, guessing at what they could mean or what actually transpired.

Early on in the season, Ekin-Su Cülcüloğlu asked the other girls on the terrace: ‘Anything happened in the beauty salon last night, ladies?’ and Paige Thorne responded with ‘No, mine’s not up and running yet. It’s still going through planning at the minute.’ And thus the salon was born.

Since then, we’ve had Tasha Ghouri explain that she got a manicure ‘with mouth’ from Andrew Le Page, while Dami Hope often makes references to ‘telescopes’, ‘pipettes’ and ‘bunsen burners’ (jury’s still out on that last one).

Even the ever-fiery and direct Ekin-Su admitted last week that she ‘blow-dried something’ but didn’t elaborate any further.

I think, for the most part, it’s obvious enough what the islanders are referring to when they say they got a ‘manicure’. But why do these acts need to be decoded by viewers?

If contestants are mature enough to appear on the show, to consent to engaging in sexual acts, are comfortable enough to do it under the covers in a room full of people – and on a show with a viewership of millions – then I think they should be mature enough to call sex acts by their names.

There’s no need to refer to ‘pipettes’ or ‘bunsen burners’ (seriously, what does the latter mean?)

I understand contestants have families and friends at home watching their every move, but this is a show that broadcast two islanders (Terry Walsh and Emma-Jane Woodham) openly having sex over the covers in 2016. Contestants, as well as families and friends alike, know what they’re in for by signing up and taking part in the show.

While I don’t think they should explicitly show the acts themselves, as this has led to disastrous consequences for Islanders in the past – former contestant Zara Holland lost her Miss GB title for having sex onscreen in 2016 – I do think that talking about it openly could prove beneficial for both Islanders and viewers.

Today, we’ve come along leaps and bounds as a society, and we’re a lot more predisposed to openly discussing intimate relationships with our friends and families. We’ve moved swiftly on from a time where people didn’t have sex before marriage, contraception wasn’t legal and sexual discussions among young people were all very hush hush.

Younger people are the main demographic of Love Island viewers (in 2019 over 43% of viewers were under 30). In a world where a lot of young people learn about sex and relationships online, through social media and TV, why not provide positive examples for them to learn from and relate to?

A show as big as Love Island has the opportunity to have a powerful impact on young people in this way.

Imagine we saw the exchange between Danica, Indiyah and Summer but flipped on its head – Danica openly expressing herself and relaying exactly what happened to the other girls.

There would be no room for ambiguity, and it would provide a positive example of how to openly discuss sex and relationships without resorting to childish analogies. As a viewer, I can’t help but think how refreshing that could be.

If Islanders were to have open and honest conversations about sex, it could help to promote safe, happy and positive sexual experiences for others. Especially when a lot of the discussion around the couples this year has been about toxicity, misogyny and sexism.

A good counterbalance to this could be portraying sexual relationships in a positive and empowering way by discussing them openly, directly and without any references to beauty treatments.

I like a manicure as much as the next girl, but getting my nails done isn’t the same as getting up close and personal with another person.

They should say it like it is, and I think we would all be more grateful for it.