I'M A Celebrity… Get Me Out Of Here! have confirmed that AJ Pritchard WILL be "dancing his way into camp" after lining up Chelcee Grimes to replace him.

The 26-year-old star's stint on the ITV reality show was up in the air after he tested positive for coronavirus. 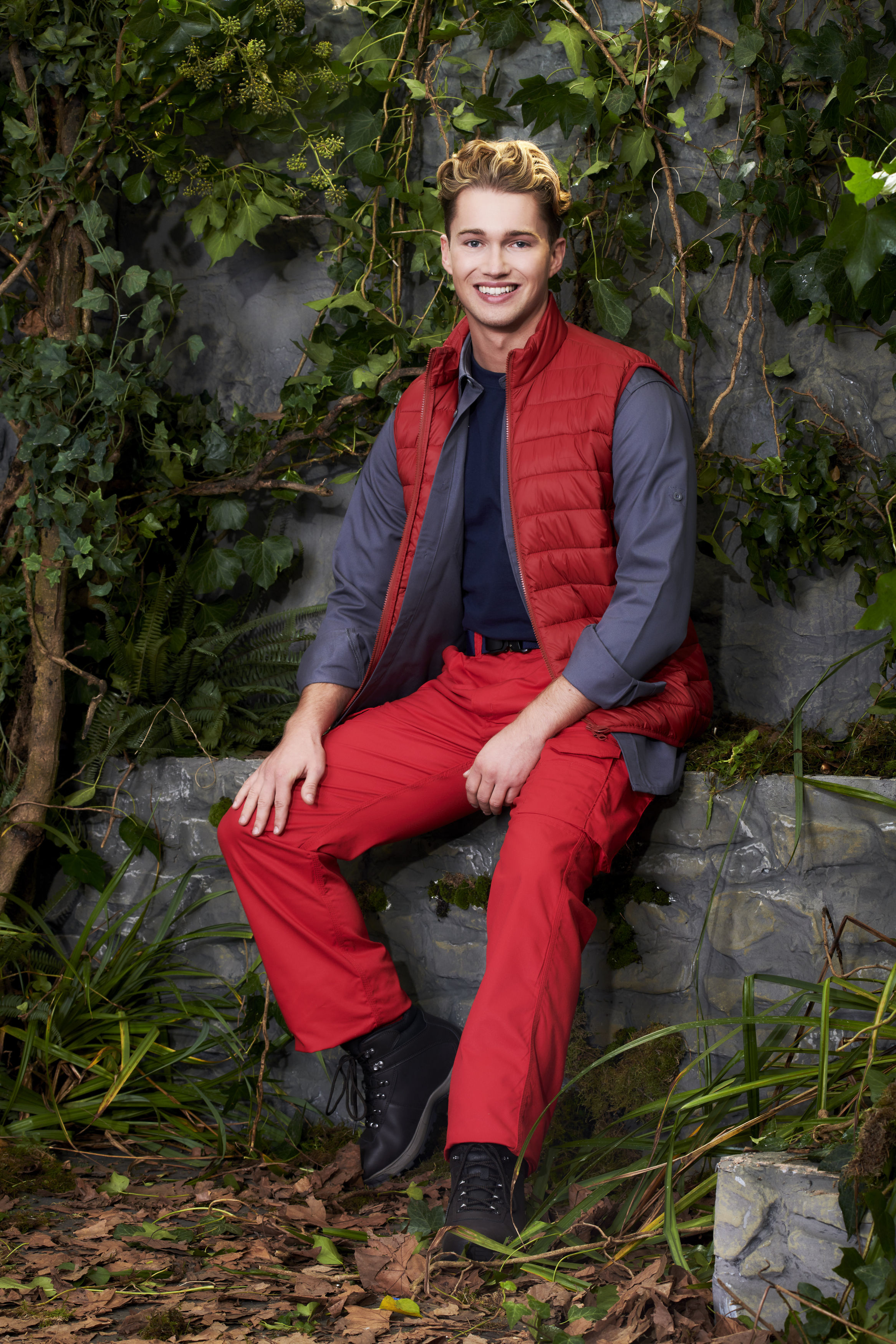 But he appears to be out of the woods, with the show's official Twitter page excitedly promoting him as one of this year's finalised contestants.

Alongside a picture of AJ in his I'm A Celeb gear, the page wrote: "He's leaving his fake tan, jazz hands and glitter behind but we're hoping he brings those ballroom moves with him – it's not long until @Aj11Ace will be dancing his way into Camp! #ImACeleb".

The photo lists key credentials about the campmate, including his phobias being "heights and claustrophobia".

He'll be joining the likes of Shane Richie, Giovanna Fletcher, Mo Farah, and Jessica Plummer when he enters the spooky Welsh castle during Sunday's launch show. 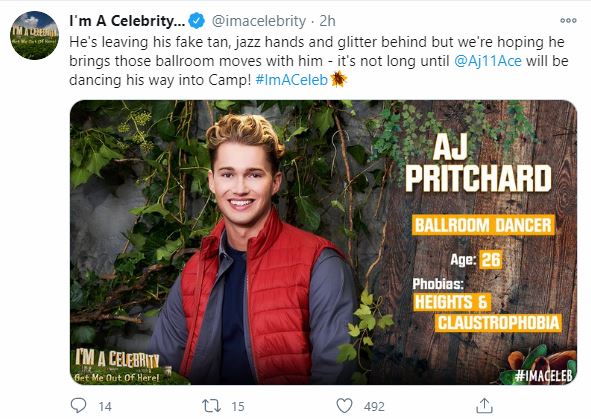 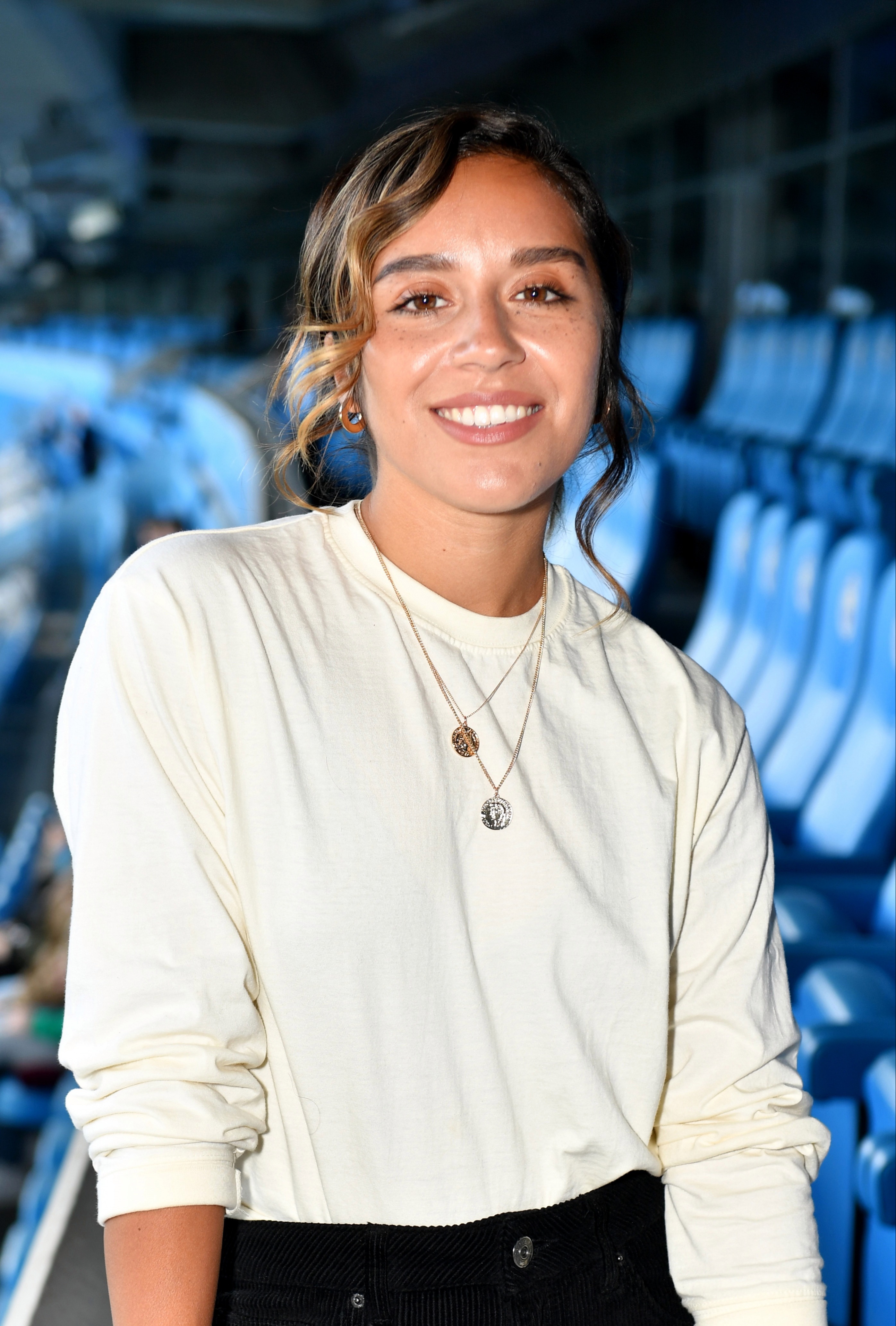 The Sun Online previously revealed that panicked producers arranged for footballer turned musician Chelcee to stand in for AJ at the weekend if he was unable to make it in.

Chelcee, 28, has spent two weeks isolating near Abergele ahead of a potential stint in Gwrych Castle.

It came after The Sun revealed how former Strictly Come Dancing star AJ Pritchard had tested positive for Covid-19, less than a week before heading into the legendary show.

Insiders told how he tested positive for the virus early in his enforced two week isolation ahead of the show starting on Sunday, November 15. 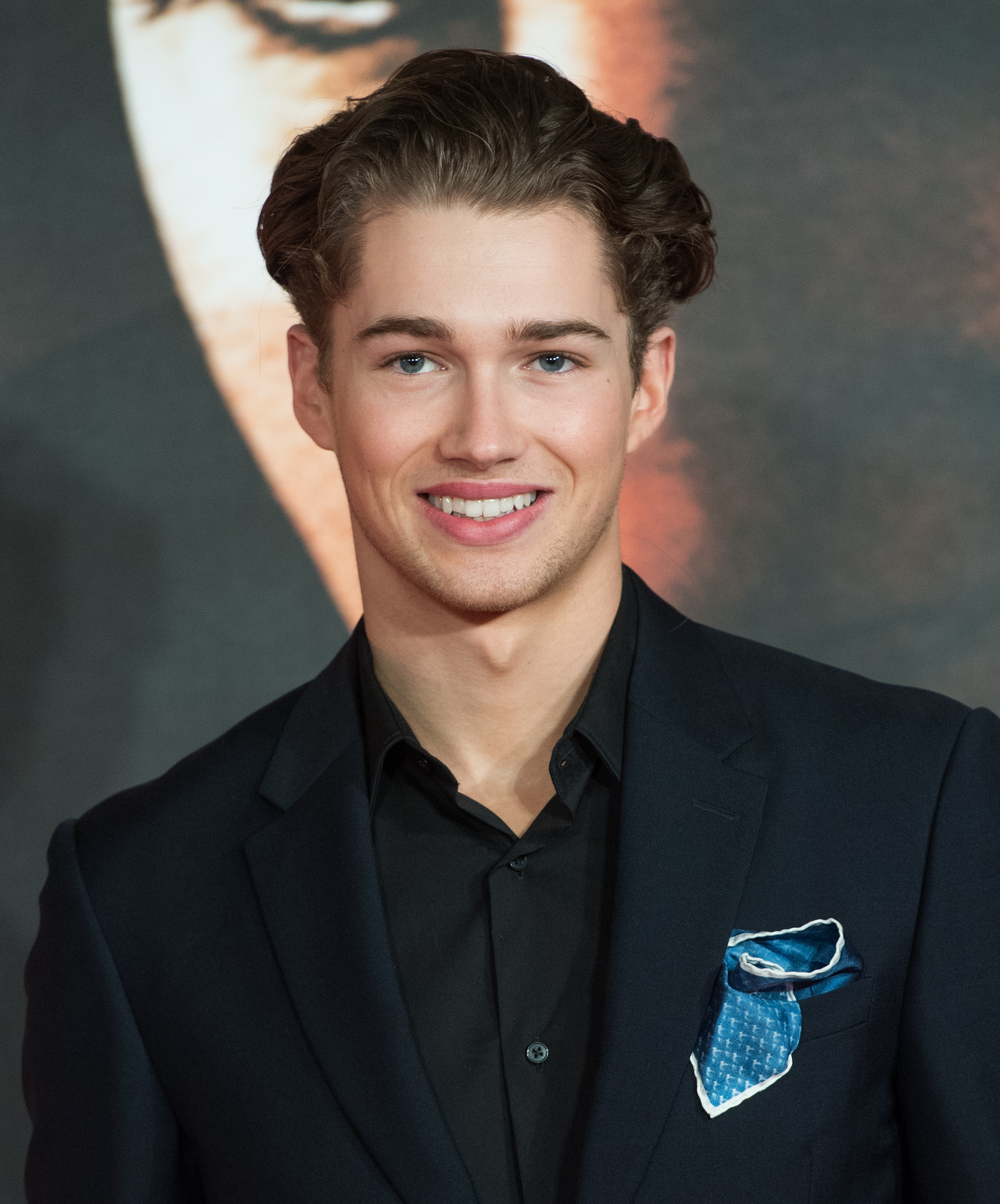 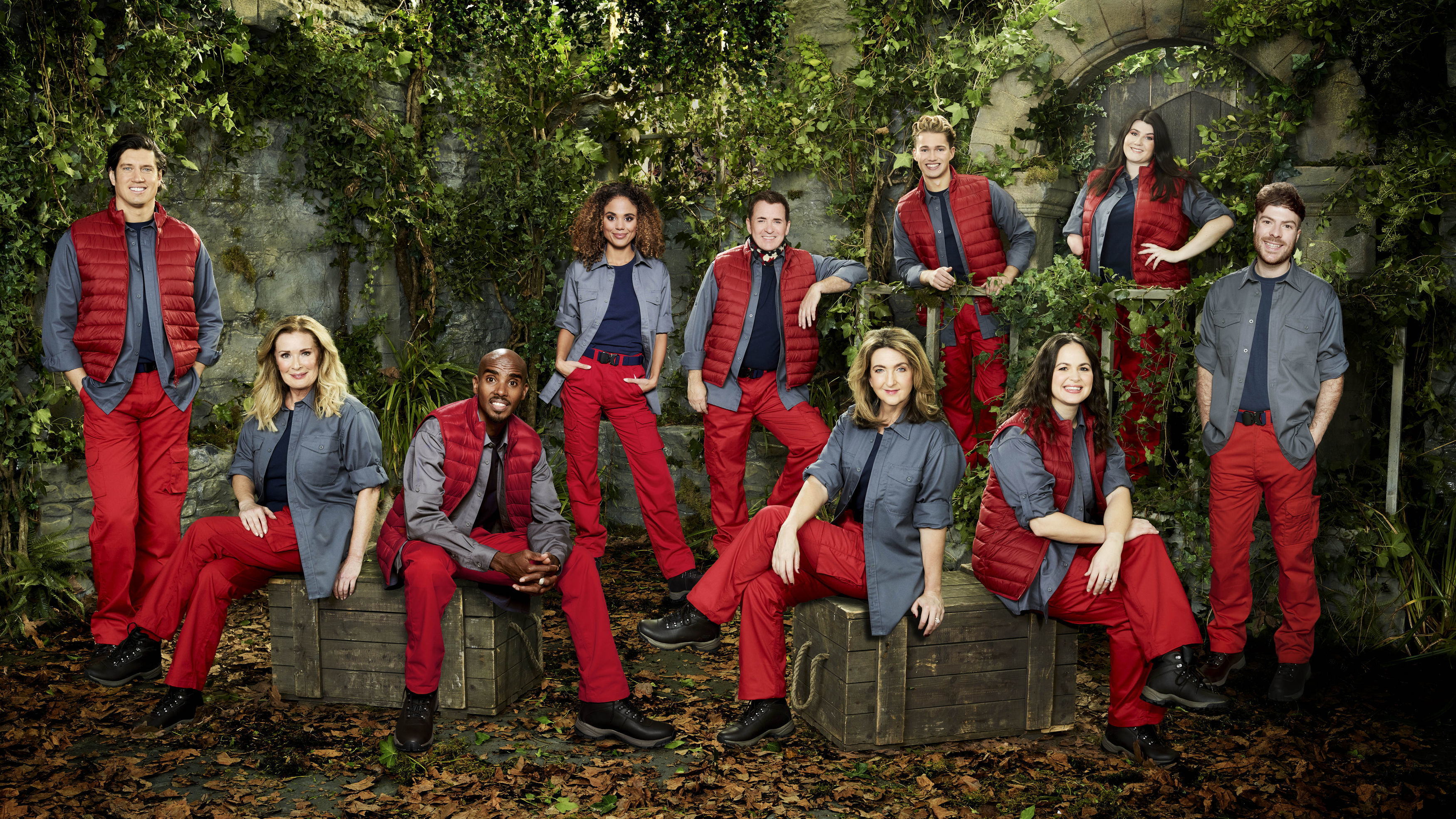 A source said: “All of the celebrities are being tested regularly as part of ITV’s plans to make sure the show goes ahead.

“They’re taking zero risks and AJ will be tested again in the coming days. If that comes back negative he’ll start filming at the end of the week as planned, if it comes back positive again they still have a few days to play with, so everyone is quite calm at this point.

“ITV have always been prepared in case of one, or more, dropouts so have had Chelcee and others ready to go. She’s been squirreled away in a cottage nearby just in case she’s needed.” 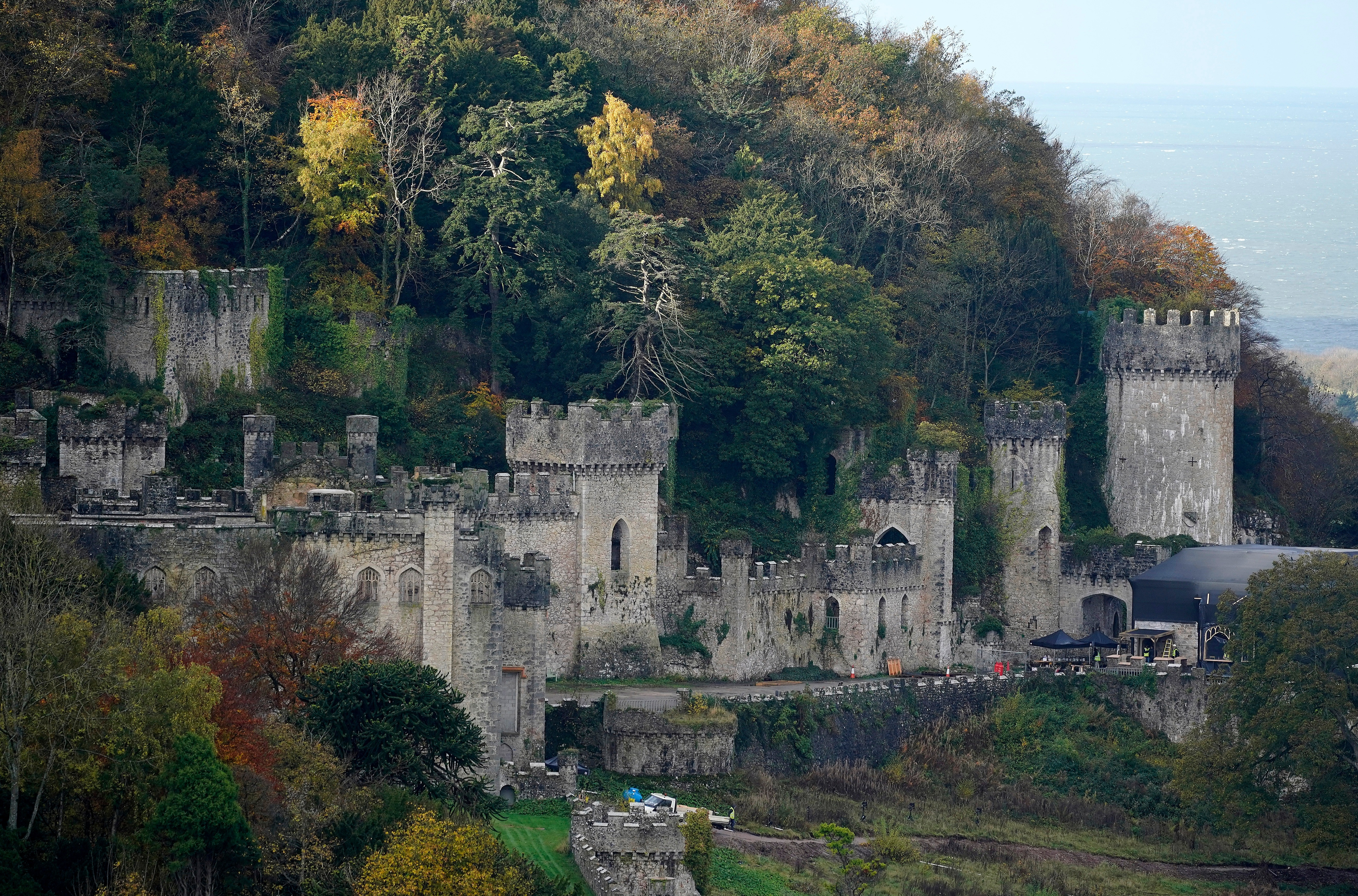 A spokesman for ITV said: “We can confirm that one member of the cast has received a positive covid result and that individual is self isolating where we are giving them all the support that they need.

"I’m A Celebrity has robust health and safety measures and protocols in place in order to operate safely within Covid-19 guidelines.”

I'm A Celeb is taking place in Wales instead of its usual setting of an Australian jungle this year due to travel restrictions amid the ongoing pandemic.

Hosts Ant and Dec are returning to host the show, with regular testing allowing them to breech social distancing guidelines while on screen.

Tags: A, celebrity, confirm, I’m
You may also like
Celebrities News