Existing protocols will remain in place as talks continue 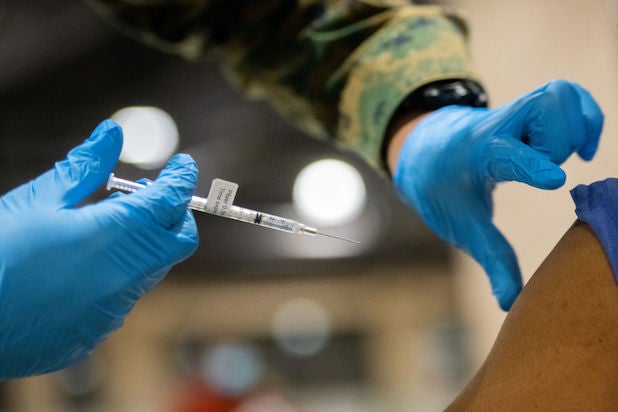 In a joint statement released late Wednesday, the Alliance of Motion Picture and Television Producers (AMPTP), along with Hollywood’s top guilds announced that talks on revising COVID-19 protocols will continue beyond the June 30 deadline.

The existing Return to Work safety protocols that have been in place since September will remain in place until revisions are complete. The Directors Guild of America, SAG-AFTRA, IATSE, the International Brotherhood of Teamsters and the Basic Crafts are all involved with talks with the AMPTP, which represents Hollywood’s major studios in the talks.

Sources with knowledge of the talks tell TheWrap that plans had been made to make some form of change to the Return to Work agreement as infections have rapidly decreased in the United States, particularly in California, where most safety mandates for businesses have been lifted since June 15. This is in large part to efforts to get Americans vaccinated, with approximately 46% of the U.S. population having received either two doses of the Moderna or Pfizer vaccine or one dose of the Johnson & Johnson vaccine.

But concerns over the spread of a more contagious variant of the virus known as the Delta variant have thrown a wrench in Hollywood’s talks. Earlier this week, the Los Angeles County Department of Public Health recommended that the public continue to wear masks in public places regardless of whether they are vaccinated, an advisory that has been echoed by the World Health Organization but not by the Center for Disease Control.

Currently, film and TV shoots are required to have all cast and crew wear masks on set except for actors that are performing. More stringent protocols, including face shields, have been in place for departments like hair and makeup that require close contact. Regular testing for the virus has also been mandated, prompting the rise of companies like startup Kameo that have offered tailored testing services to the entertainment industry.