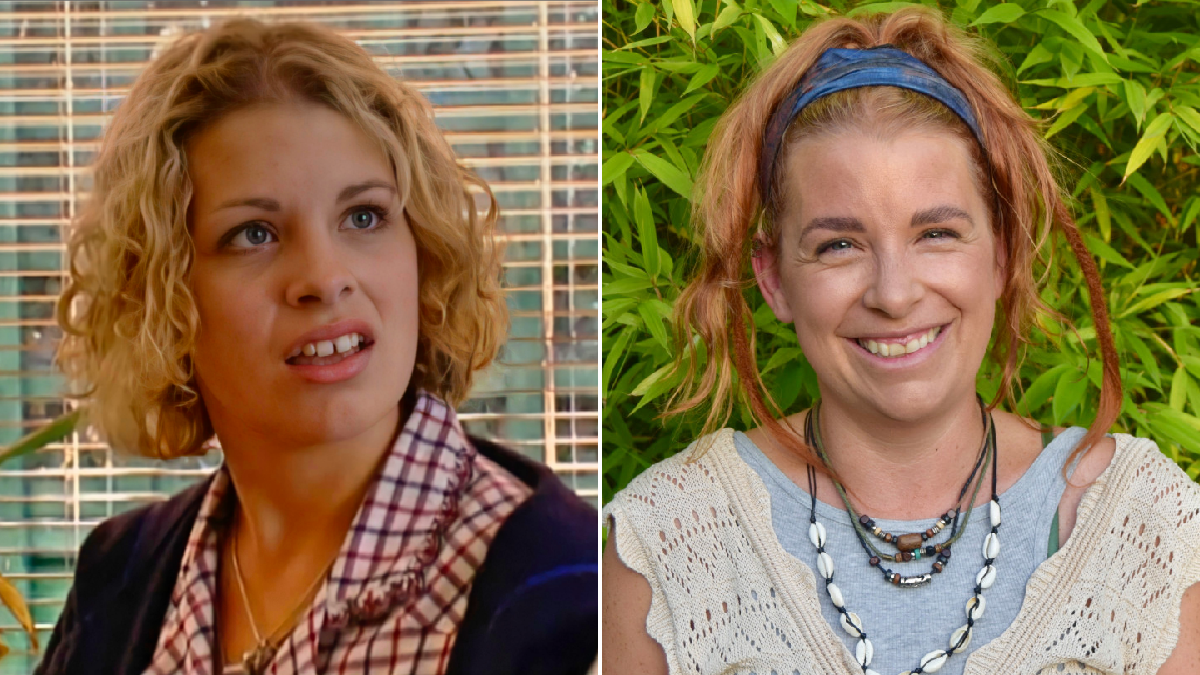 Hollyoaks left fans in shock, after announcing that Zara Morgan will return to the eponymous village 16 years after her departure, with actress Kelly Condron set to reprise her iconic role.

Known for her witty remarks and penchant for causing trouble, Zara made quite the impression on viewers when she first rocked up in the Channel 4 soap back in 1999.

But after a whopping 16-year absence, Zara is back in town!

‘It’s probably as big a shock for me as it is for [the audience], to be honest!,’ actress Kelly Condon exclusively told Metro.co.uk, discussing what it’s like reprising her role after so many years.

‘I’m loving it, it’s brilliant. It feels different, and yet it still feels very, very similar.’

‘I’ve been asked [to return] a couple of times before, but it’s never quite worked out. It’s never been the right time. This time, I got the call to come back, and I think in lockdown, everyone’s mindset changed slightly, and I just thought: ‘Why not?’

Zara arrives back in the village after she finds out about her mum Sue’s (Marian McLoughlin) funeral on social media, and it’s safe to say that Luke gets quite the shock when he sets his sights on his estranged sister, who turns up on his doorstep to give him a piece of her mind!

‘It’s just not nice, is it? It’s not a nice thing to find out on social media!,’ said Kelly. ‘When she returns, as you can imagine, [she is] very angry!

‘Luke is shocked! Zara’s like: “Don’t you recognise me? I’m back!”. She’s just like: “What are you stood there for? Let me in!” This is the last thing that Luke thinks is ever going to happen!

‘Zara and Luke have always had a really good sibling relationship. He’s always been the one that stuck up for Zara. I think she’s upset with him now though, finding out about the funeral on social media. That’s quite upsetting!’

The character has matured significantly since we last saw her, but Kelly reckons that she’s still very much the same person at heart.

‘Zara has been working in Thailand for an NGO,’ explained Kelly. ‘She’s been lobbying the government on environmental issues.

‘She’s quite smart and she’s quite with it, but she’s still the gobby Zara that we all used to love! There is definitely, definitely some classic Zara still in there!

But just what does the future hold for her?

‘Zara is going to be sticking around a little after the funeral for sure,’ teased Kelly, ‘but I can’t really say much more, I’m afraid!

‘She is very big into making a difference with climate change and environmental issues, so I imagine she’s going to have an impact on the village – whether they want it or not!’

Hollyoaks will air Zara’s return on Wednesday August 4 at 7pm on E4, but you can catch a glimpse off her first scenes in the new Summer trailer which drops on the Channel 4 soap’s social media channels at 5pm.

Tags: Channel 4, gary lucy
You may also like
Celebrities News