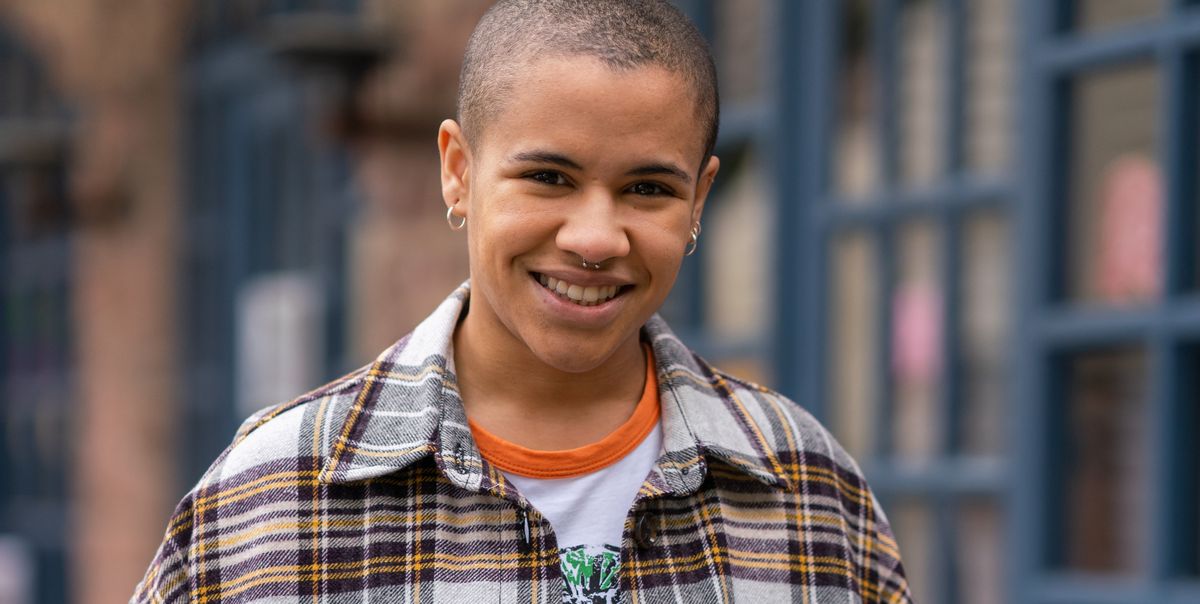 Hollyoaks has confirmed that Ripley Lennox is set to reveal that they are non-binary in upcoming scenes.

Ripley, portrayed by non-binary actor Ki Griffin, will tell friends Ollie Morgan (Gabriel Clark), Imran Maalik (Ijaz Rana), and Brooke Hathaway (Tylan Grant) that they are non-binary, which means that they identify as neither male nor female.

As part of LGBTQ+ history month, the Channel 4 soap released a documentary style video, titled What is Non-binary Gender Identity?, which dropped today on the serial drama’s social media platforms, and can be viewed below.

The video in question sees Ki describe what non-binary gender identity is, why using the correct pronouns is important, when they started to identity as non-binary, and what it’s like to play their character, Ripley.

‘It’s wonderful to have that positive representation for non-binary people,’ said Ki, ‘Because we never see it, and it is so beautiful to be able to step in to the shoes of Ripley and be able to be like, guys look, a non-binary character played by a non-binary human.’

Using an analogy to describe what non-binary means to them, Ki added: ‘I like to say that I sit within the gender spectrum in a boat. Imagine a lake that’s got two banks, one is masculinity, and one is femininity, I got on my little boat in the feminine bank, and then never docked again.’

Ki’s character Ripley was recently added to Hollyoaks opening titles, alongside a series of other newcomers.

For Valentine’s week, Hollyoaks will also release special customised non-binary Valentines Day cards, which will be showcased on the soap’s official Instagram page on February 12.

Tags: Hollyoaks, Lennox, Ripley
You may also like
Celebrities News