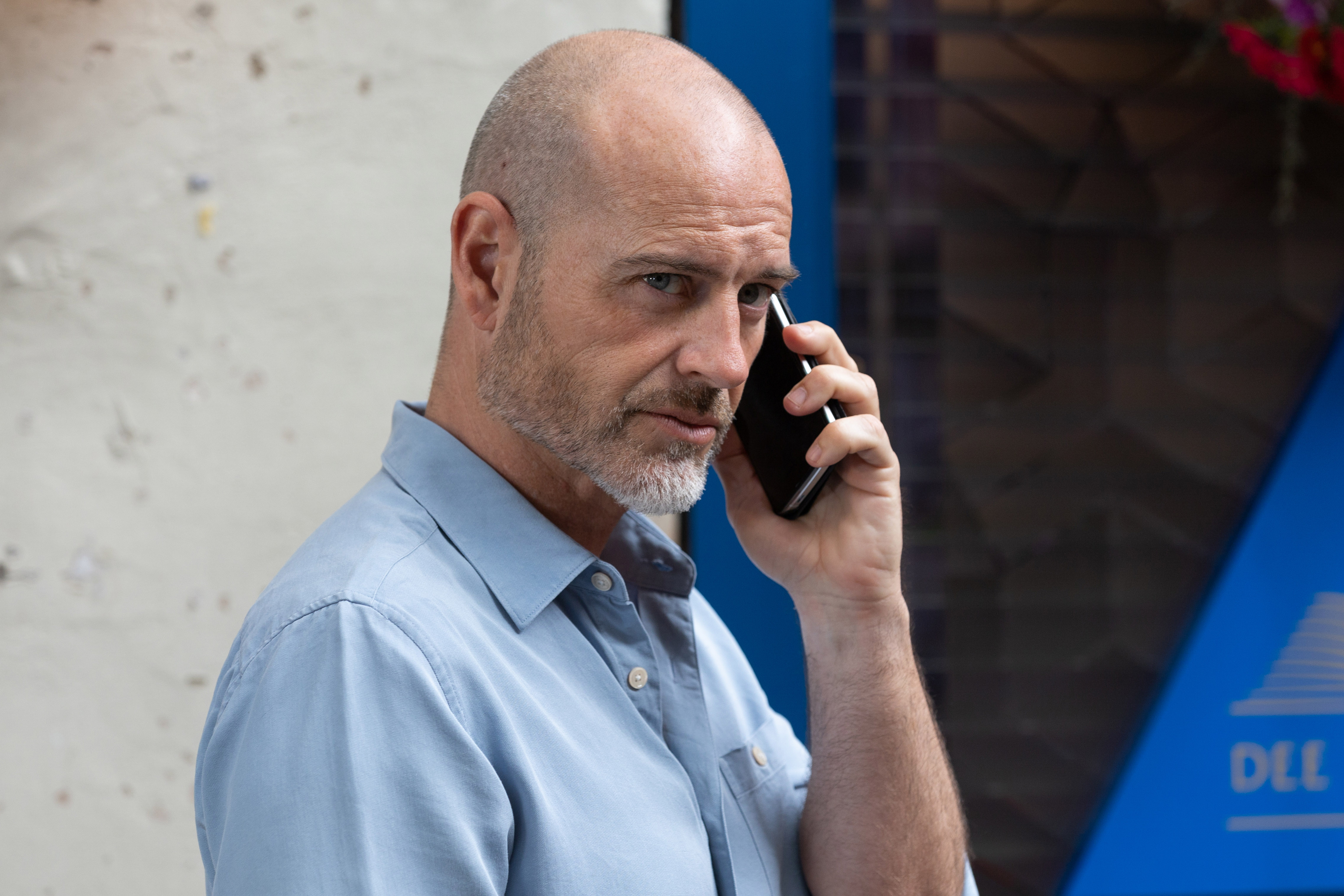 Hollyoaks fans woulds love nothing more than to see the back of scheming Fergus Collins (Robert Beck), and their wish may be granted in upcoming scenes, as the villain contemplates leaving the village.

Fergus has made quite the name for himself since rocking up several months ago, acquiring property after property and leaving chaos in his wake.

The property developer spies a new plan next week, when he and Warren Fox (Jamie Lomas) set their sights on The Hutch!

Tony Hutchinson (Nick Pickard) was forced to close his beloved restaurant earlier this month due to financial difficulties following the first national lockdown.

The legend, however, refuses to sell to Warren and Fergus, as he doesn’t want his pride and joy falling into the hands of two dodgy landlords.

Realising that their negative reputation is having an effect on them professionally, Warren and Fergus resolve to right their wrongs where Misbah Maalik (Harvey Virdi) is concerned.

The question is: will Misbah accept their apologies for the way they’ve treated her?

That remains to be seen, but there’s more trouble brewing as Timmy Simons (Sam Tutty) has bad news for Fergus!

Afterwards, Fergus informs Warren that their business is on the verge of collapse. However, he has a plan, but it’s one that’s far from above board.

Will Warren risk losing his kids again by doing what Fergus says? Here’s hoping not!

Fergus, meanwhile, has a proposition for Trish Minniver (Denise Welch), and it comes to light that he’s planning on leaving the village for good.

Trish later tells Maxine (Nikki Sanderson) about how she and Fergus are intent on departing!

Is Fergus set to get away with all of his heinous crimes? Will he leave the village?

Or will something – or someone – result in him staying put?