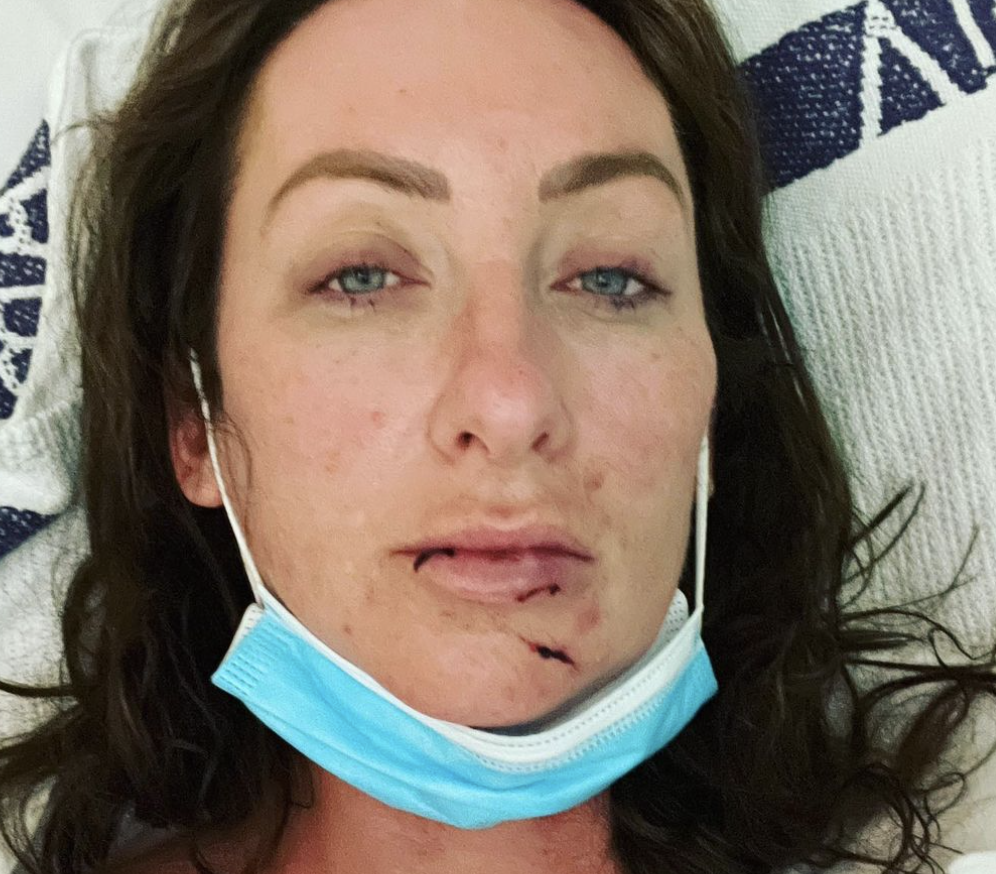 The TV star, 34, shared a picture of herself with a bloodied face in hospital on Boxing Day, detailing the terrifying ordeal.

‘A broken jaw won’t stop me from having a Merry Xmas,’ she wrote alongside the photo as well as another picture taken with her fiancé Alex Richards.

‘A steep stair case + drinks + drugs found in my system that I didn’t put there = Christmas through a straw.’

Praising her fiancé Alex, she continued: ‘Could’ve been a lot worse so I’m bloody thankful & also for this man [Alex Richards] who is now my live in nurse, chef and just the best career I could ask for [love heart emoji].’

Faye’s Gogglebox partner Anastasia Katselas commented: ‘OMG Izzy. Get Well,’ while her co-star Faye Kontos added: ‘Far out Izzy, yes could have been worse and thankfully it’s not, I hope you have a quick recovery.’

The incident comes after Isabelle announced in November she’d suffered a miscarriage.

‘I was pregnant and then I wasn’t,’ she said on her Instagram Stories.

‘Miscarriage is so hard… and after experiencing it myself recently and hearing the stories of other women and couples, I realise how common it is,’ she wrote to Instagram at the time..

‘I feel that it’s clearly not spoken about openly enough. It’s been a really rough time… the rollercoaster of getting my head around being a mother again and then suddenly having it taken away.’

She continued: ‘What’s also been challenging is simultaneously supporting myself but also [fiancé] Alex as we process our individual losses.

‘We shared our happy news openly with our friends and family early on and we don’t regret this because it’s enabled us to be so well supported as we get through this.

‘I now understand all the amazing women who have been through this and my heart goes out to all of you… wherever you are.’

And in September she revealed she had been diagnosed with premenstrual dysphoric disorder (PMDD), an even more serious form of premenstrual syndrome (PMS) that further affects physical and mental health.