The presenter was grilling the minister about the coronavirus vaccine when he called her out for extending his appearance on the show by just TWO minutes. 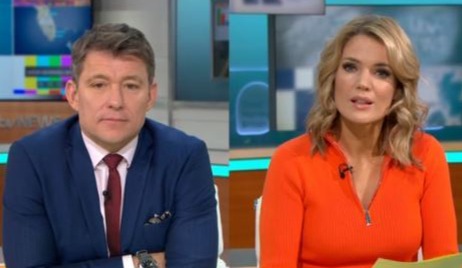 Highlighting a recent poll data from the Royal Society of Public Health that said 57 per cent of black, Asian and minority ethnic (BAME) people would take the vaccine compared with 79 per cent of white people, Charlotte said:"When you look at the statistics 57 per cent of people from a BAME background said they would…"

Cutting in, James told her: "I'm terribly sorry, you guys have overrun.

"I have to go over to another channel now so I do apologise.

"We had agreed to finish by 8.40am because I am expected now on another TV channel." 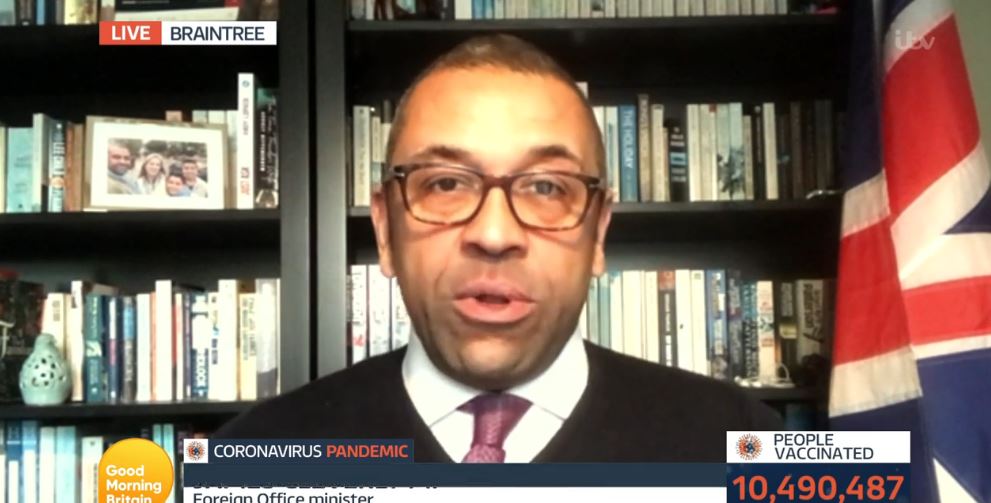 Charlotte appeared lost for words initially, before insisting on getting the answers she wants in future.

"We will have to leave it there in that case," said Charlotte.

"But hopefully we can get you back on another time to talk about that because it's obviously a very important issue and would be interested to know what's being done at government level to tackle the discrepancy between the figures. James Cleverley thanks for your time."

As James disappeared off-screen, Charlotte's co-star Ben Shephard teased: "I can't believe you kept him longer than he was supposed to be here.

She replied: "I know but I had a really important point that I wanted to ask him. 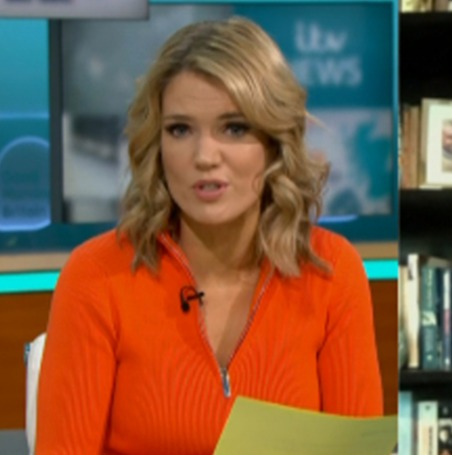 "We've got lots of questions and not a lot of time to put it to them. It was a really important one."

Ben added: "We try to put as much as we can to these ministers in a very short period of time."

Two vaccines are currently being rolled out across the UK – with a record-breaking day achieved last week when nearly 600,000 jabs were given in just 24 hours.

Vaccine rollouts from Pfizer/Moderna and Oxford/AstraZeneca are in full swing.

Statistics show those from BAME communities are less likely to want to get the vaccine.

It comes after some patients have refused to have the vaccine when offered it after hearing fake news that the jabs contains animal produce.