“Honestly, we’d have to see what was going on,” Jay Wallace tells The New York Times, calling the scenario “unlikely” 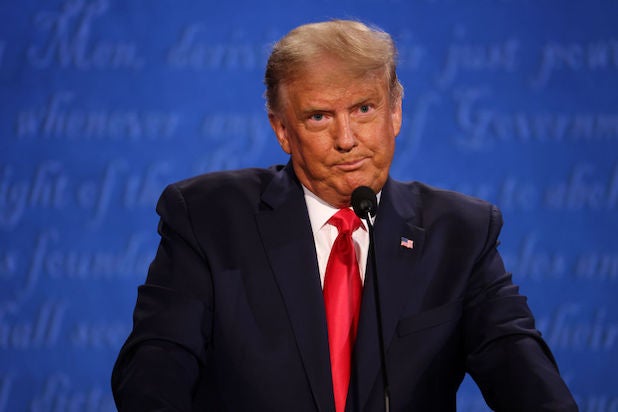 Fox News Media president Jay Wallace thinks it’s “unlikely” that President Donald Trump will call into the cable news channel as America waits to see whether he or former vice president Joe Biden has won the election Tuesday — and he’s not sure if he’d put POTUS on air even if he does.

“Honestly, we’d have to see what was going on,” Wallace told The New York Times in a story published Saturday.

“I wouldn’t think he would call in, knowing that the squad is on that is on,” he said, referring to the fact anchors Bret Baier and Martha MacCallum will be leading Fox News’ election night coverage; they are not Trump’s favorite Fox friends, though Sean Hannity and Laura Ingraham will also likely make appearances.

“Whatever he were to say wouldn’t sway anything when it comes to what we’re counting,” Wallace added, making reference to Fox News’ decision desk, led by consultant Arnon Mishkin, which will be isolated from Baier and MacCallum while counting votes on election night.

For months, the president has been attacking the network he used to praise, though he still regularly calls into shows like “Fox & Friends” and “Hannity” for long interviews. Fox News never responds to his attacks — which are often launched on Twitter — but has defended its polling unit when Trump has attacked it directly.

“The biggest difference between now and 2016 is @FoxNews,” Trump tweeted Tuesday. “They are a whole different deal. Despite this, our campaign is doing much better, with bigger crowds and even more (much!) enthusiasm, than we had in 2016. Big Debate & SCOTUS Win! Real Polls have us winning everywhere!”

“Now @FoxNews is playing Obama’s no crowd, fake speech for Biden, a man he could barely endorse because he couldn’t believe he won. Also, I PREPAID many Millions of Dollars in Taxes,” the president tweeted, responding to his presidential predecessor’s reference to a recent New York Times report that said Trump paid $750 in federal income taxes in 2017.

Tags: Fox, Hedges, I, News, on, president
You may also like
Celebrities News