The astronauts in “For All Mankind” are icons of their world. In this branch of the Space Race multiverse, where the battle for supremacy beyond the atmosphere is the stuff of headlines and not 50th anniversary specials, the two Cold War powers operate like the bygone studio system. People in restrictive contracts, marketing stars to gin up extra publicity, culture-rocking events that have massive geopolitical ramifications, and extreme burnout on a grand scale.

Now in Season 3, the astronauts who made up the initial space program have each taken on their own kind of mythical status. Those who have died sacrificial deaths have been memorialized. Some who are still living have become infamous departmental legends and others have become even more prominent national figures. Over the show’s nearly three decades of story, the early Apollo astronauts have become not just household names but monumental figures of public life.

So there’s something operatic about the idea that this same handful of individuals have become a tiny collection of interplanetary Forrest Gumps, present for each new important development in humanity’s expansion outward into the cosmos. Margo Madison (Wrenn Schmidt) is still the main decision-maker at NASA, Ellen Wilson (Jodi Balfour) is deep into an ambitious political career, Danielle Poole (Krys Marshall) is a leading commander and pilot within the astronaut ranks, Karen Baldwin (Shantel VanSanten) is an ascendant entrepreneur, and Ed Baldwin (Joel Kinnaman) is still the disgruntled, chip-on-his-shoulder Ed that’s been wrestling with his own regrets and mortality since the show’s opening episode. 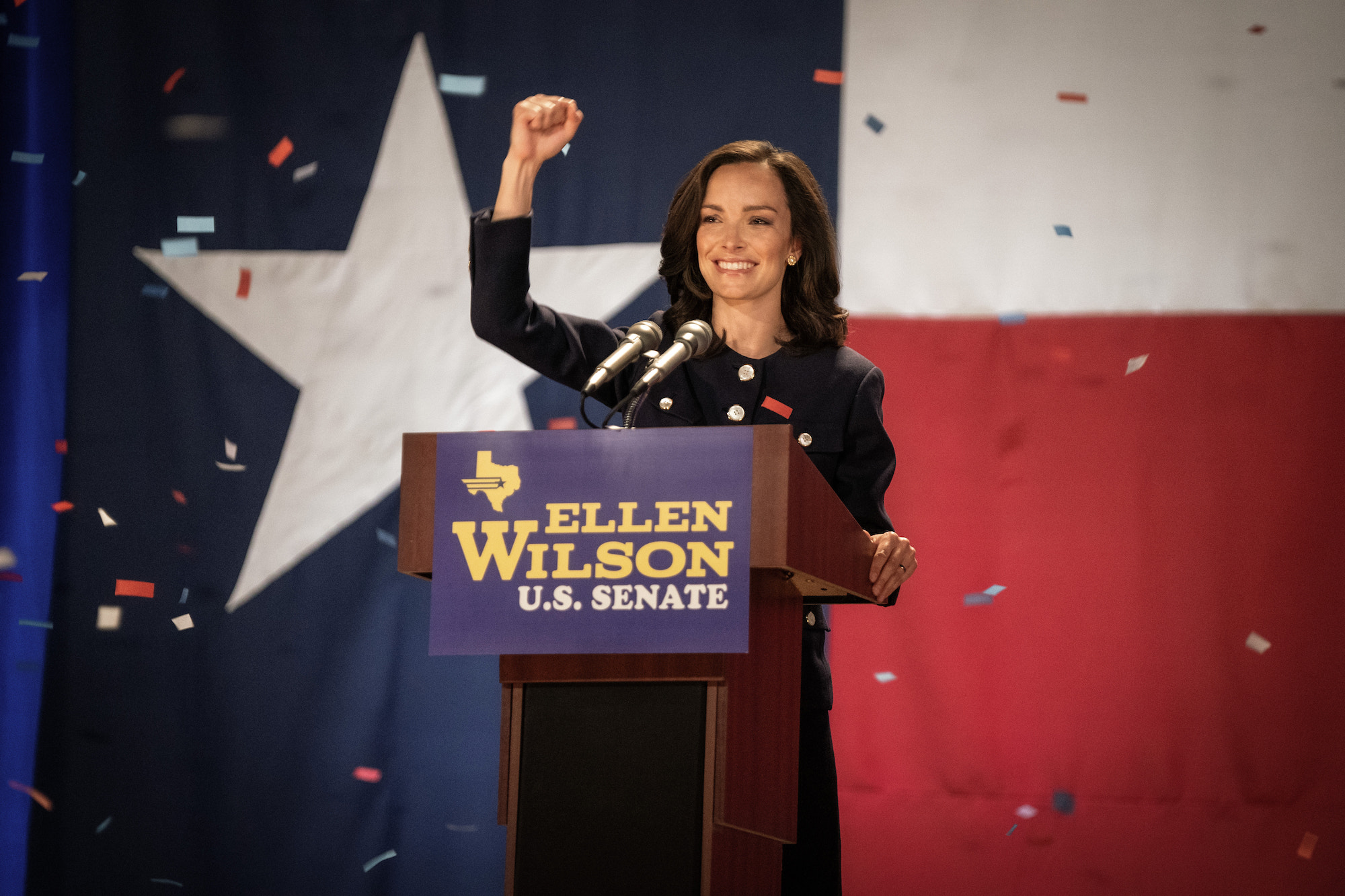 While it makes sense to follow through how this narrow group’s accomplishments and actions reverberate throughout an entire generation, the Season 2 finale promise of landing someone on the surface of Mars brought with it the possibility of a completely reshaped ‘90s. The show’s second season also brought in the adult versions of youngsters Aleida Rosales (Coral Peña) and Danny Stevens (Casey W. Johnson), expanding the show’s central roster to show how the choices of their elders trickled down to those who looked up to them. Yet, this season returns to the same few people as globally relevant difference-makers, even to the point where that sense of recycling and entitlement becomes a key early plot point.

Part of that has been the show’s design from the start. This is a show that is still content to shoehorn in a parade of Bizarro World headlines that feel content to remix world history rather than forge a distinct path. This is also a universe where some lingering interfamily squabbles have infinitely more effect on humanity’s technological, scientific, and cultural understanding than the murder of a world leader glancingly acknowledged in the season’s opening minute and never really acknowledged again.

Dev Ayesa (Edi Gathegi) feels like a natural corrective. He arrives as the hotshot private enterprise tech CEO trendsetter, who does all but say that he’s going to “disrupt” the mid-‘90s. Gathegi brings a much-needed level-headedness, making Dev more of an internalized technological showboat than a boisterous blowhard who would throw off the show’s calibration. But even then, like the other cast additions in this season, he’s swallowed up by the immense gravitational pull of the Baldwin family, who as a unit have an effect on the world more than any group with another surname.

Having that past history between the key players in this season’s voyage-to-Mars drama means lighting more and more matches near the industrial fuel tanker of space travel. “For All Mankind” has always been shrewd about showing the domino-like nature of problems up in the air. Small issues balloon, and not just when it comes to errant debris or system malfunctions. Away from the comfort and safety of a home planet, everything becomes interconnected and delicate to a degree that this show more than understands. But the idea that it’s same few people and their long-simmering uneasiness that kicks off so many of these problems is what keeps this show from truly feeling like a daring, expansive use of the storytelling tools at its disposal. 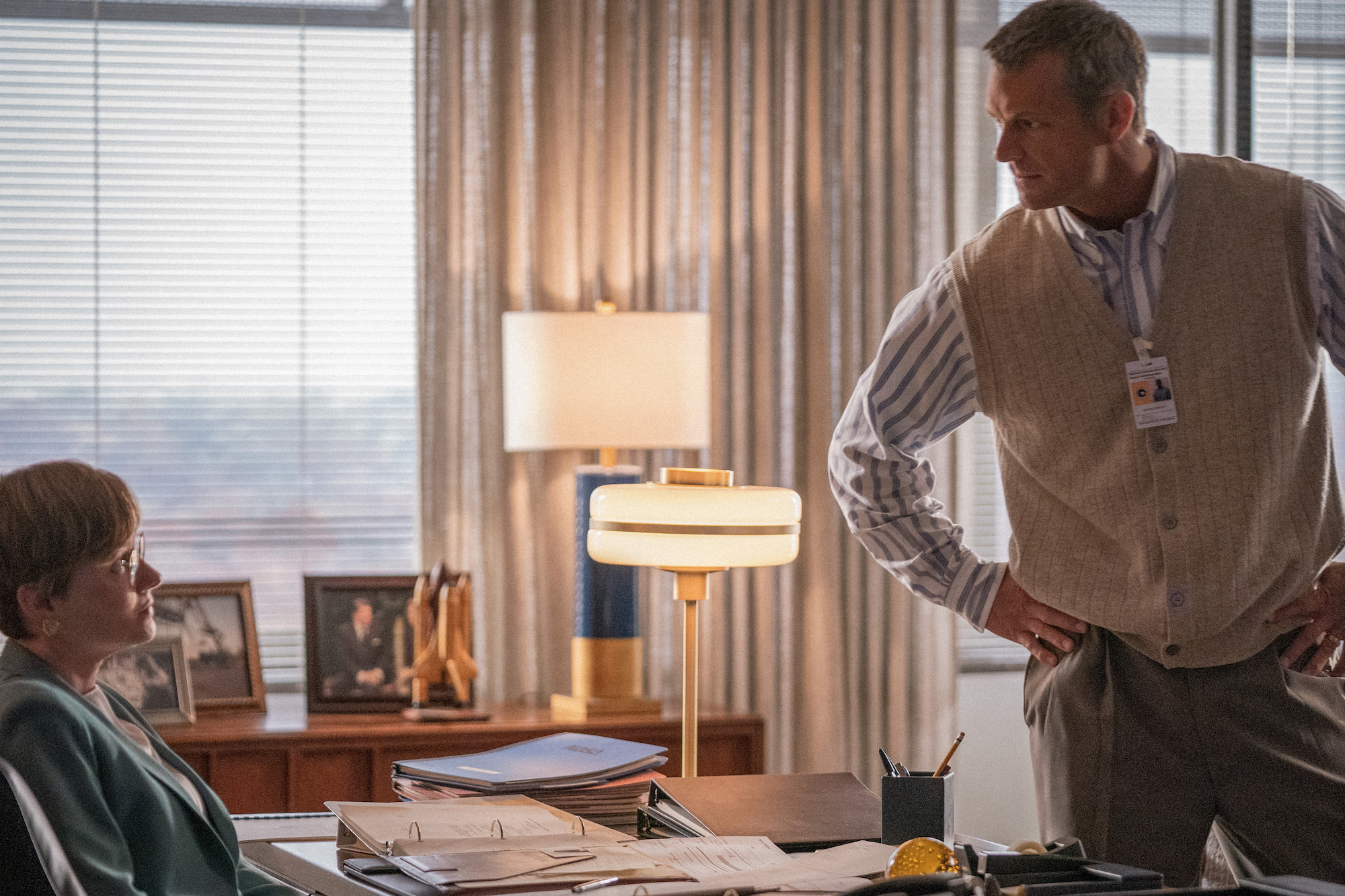 Even with Mars on the horizon, most of these characters are still locked into modes we’ve seen them in for years now: Ed is the untrusting workaholic, Danny still hasn’t forgiven his parents, Margo is still trying to balance her incredible job demands with a few tiny slivers of deep personal connection. One area where Season 3 manages to cover new ground is with Karen, who gradually becomes the most valuable piece of these new episodes. Karen still carries the deep sadness of losing one child and the physical distance from another, yet this season doesn’t restrict her to those. Her desire to make something of her own gives her a different path to forge. VanSanten finds a new kind of calm determination in the character, taking Karen beyond being a grieving mother and into a more active relationship to this strange interconnected effort to live beyond Earth itself.

On a technical side, “For All Mankind” still excels at its own logistical demands. Production designer Dan Bishop continues to thread the needle of this imagined new technological reality, particularly as things progress further away from Houston. There’s an efficiency with how the show sets up the demands of these missions without oversimplifying the legwork that all these team members are doing outside the moments we see them on screen. The ship designs and the control room interiors are functional without being sterile, particularly as this season shows multiple possible approaches to the same ends.

Yet those achievements are still contained within a show that often feels all-or-nothing. Effective in its quiet moments and in the sequences where catastrophe strikes, “For All Mankind” still struggles with that middle ground. The steps to get between the two often feel tenuous, and it doesn’t help when old friends and foes are pushed together with cosmic implications or given particular roles to keep them in the fold. Plenty of Season 3 moments arise from certain characters’ stubbornness to relinquish the past and embrace a new set of possibilities with fresh people at the lead. “For All Mankind” still manages to be a compelling, propulsive show, even if it often falls prey to that same idea.

“For All Mankind” Season 3 premieres Friday, June 10 on Apple TV+.