The fall festival season took off with a rash of big awards titles at Venice, which opened Wednesday with rapturous reviews for Pedro Almodovar’s “Parallel Mothers” (which will also close the New York Film Festival), and Telluride, which launched on Thursday with a mix of Cannes hits (“Red Rocket,” “The French Dispatch,” “A Hero”) and world premieres.

While Venice went forward with a live festival last year, Telluride 2020 was shut down by the pandemic, and fest director Julie Huntsinger said at Thursday’s opening day press conference that putting on this year’s festival was “a miracle,” as many stars and filmmakers, including Will Smith and Joaquin Phoenix — the stars of the Thursday night world premieres “King Richard” and “C’mon, C’mon,” respectively — were unable to attend due to constantly changing local Covid restrictions.

Venice day two brought more raves for Jane Campion’s “The Power of the Dog” (Netflix); the director, Kirsten Dunst, and Benedict Cumberbatch will wind their way to the Rockies to join co-star Kodi Smit-McPhee for Saturday’s first of two Campion Tribute screenings. Cumberbatch also stars in Will Sharpe’s “The Electrical Life of Louis Wain” (Amazon) which Huntsinger described at the opening day press conference as “eccentric AF.”

She reminded that Telluride welcomes a wide range of movies, from challenging arthouse fare to mainstream crowdpleasers like Reinaldo Marcus Green’s tennis world biopic “King Richard” (Warner Bros.), which played well on Thursday night. (Many of us will be playing catch-up all weekend.)

The opening day brunch was a sunny, cheerful mountaintop affair as the grateful film community greeted old friends and welcomed several Telluride first-timers, including MGM-UA chief Michael DeLuca, accompanying actress Haley Bennett and director Joe Wright, the husband and wife team behind the musical “Cyrano.” Wright initially wanted to see Bennett and Peter Dinklage perform the story onstage, but then turned into a movie during the pandemic. “Cyrano” debuted Thursday night as part of a Dinklage tribute.

(Telluride attendees who fantasized about seeing MGM/UA’s “House of Gucci” will be disappointed, as Ridley Scott opted not to submit the film to festivals; his other film, Disney’s “The Last Duel,” only plays Venice before hitting theaters on October 15.) 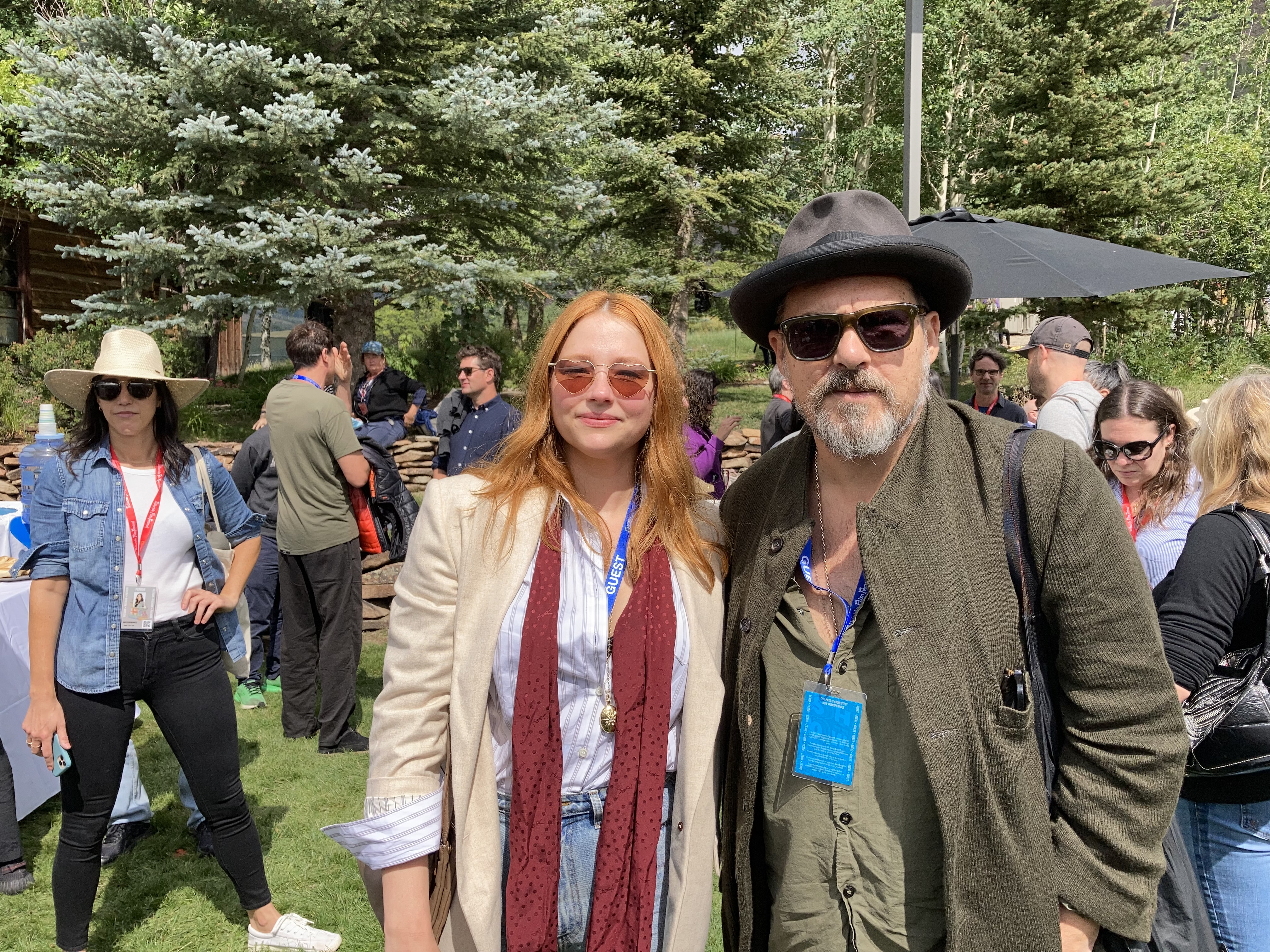 Sir Kenneth Branagh and Jamie Dornan, the writer-director and star of world premiere “Belfast” (November 12, Focus), which Branagh wrote and directed during the pandemic, were also new to the festival. The movie “is the story of something that happened to me when I was nine years old,” said Branagh at the screening, “and which changed my life forever. It also affected many, many others in profound ways that reverberate to this day. I’ve been waiting and wanting to tell this story for 50 years, and repeatedly hearing during that time that the sound of this city and its people making such cacophonous and beautiful noise in my head. So the beginning of this lockdown, I knew that finally, attention must be paid. So after 50 years, I listened. And I wrote down what I heard. These events take place in a great northern city on the island of Ireland, a long time ago in a place called Belfast.”

The black-and-white personal film, set in 1969 and accompanied by a Van Morrison soundtrack (which may be frowned upon in some quarters), focuses on young Buddy (Jude Hill) who lives on a street that is attacked by Catholic rioters trying to push Protestants like his family out of the area. His movie-loving mother (Caitriona Balfe) and father (Jamie Dornan) want to hang on to their way of life, surrounded by neighbors and family like their parents (delightful Ciaran Hinds and Judi Dench) they’ve known their whole lives, but are forced, as The Troubles continue, to consider moving out of the country.

During the pandemic, Branagh worked with his editor virtually and enjoyed the process, obsessing over his home Avid to find moments he wanted to include. Branagh has been Oscar-nominated for writing (“Hamlet”), acting (“My Week with Marilyn”), and directing (“Henry V”), and could return to the fray with this moving portrait of a family under stress.

Because Riz Ahmed couldn’t make it to the festival, providing a live satellite feed to his tribute instead, Huntsinger decided to show his Amazon thriller “Encounter,” the sophomore film of Michael Pearce (“Beasts”), on Day One at the Patron screening, informing Pearce that morning. The sensitively directed story of an ex-marine (Ahmed) who tries to save his two young sons from an alien invasion of microscopic parasites, “Encounter” leans on Ahmed’s finely tuned performance, but the twisty hybrid genre film met with mixed reaction.

Today at Telluride: a slew of new documentary offerings, while Venice braces for the premiere of Pablo Larrain’s much-anticipated “Spencer” and Denis Villeneuve’s star-studded “Dune.”

Tags: Oscars, Telluride
You may also like
Celebrities News