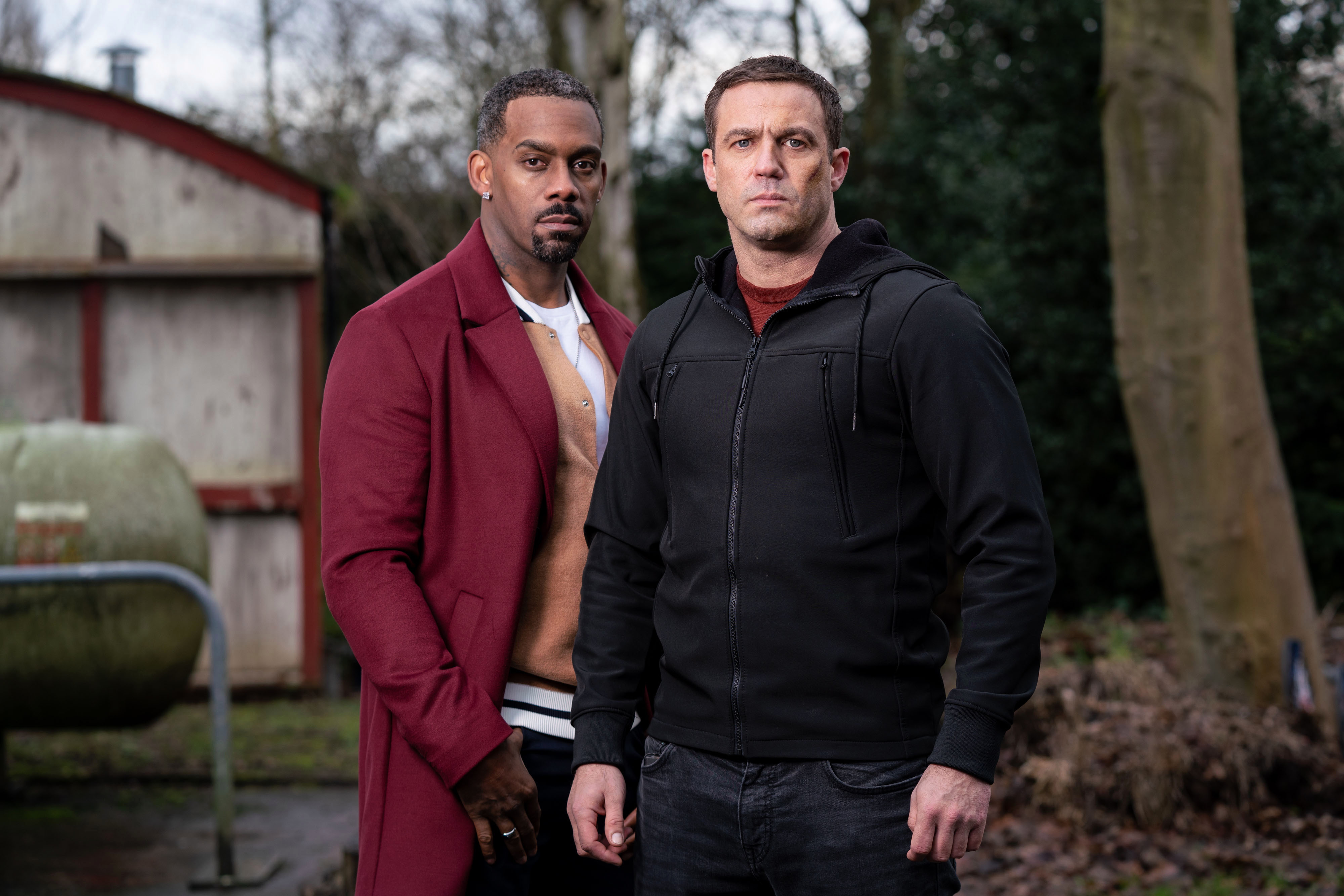 Felix Westwood (Richard Blackwood) has only just set foot back in Hollyoaks, but could we be bidding farewell to him once more – this time for good – as Warren Fox (Jamie Lomas) makes it his mission to murder him?

Warren prepares to leave the eponymous village himself during this Friday’s (October 15) edition of the Channel 4 soap.

Fergus, meanwhile, is focused on their final job ahead of their departure, but they receive an anonymous warning.

Who from, you ask?

Well, Warren reckons it’s Felix, and he wastes little time in confronting his former friend. Issuing him with a warning, Warren reminds Felix he will do just about anything to protect his family.

Across the village, Martine Deveraux (Kelle Bryan) prepares for her surgery, and while she’s got a number of supporters with her, Felix is noticeably absent, leaving her concerned.

When he fails to answer any of her texts, she questions his reliability once more.

Felix, however, appears to be just fine, as he tells Pearl (Dawn Hope) of his plans to propose to Martine before her surgery.

In fact, he vows to be there for her, and thus sets off to be by her side. Warren, however, makes a promise to shut Felix up once and for all.

Will Felix lose his life at Warren’s hands?

That remains to be seen, but the following episode, airing on Monday October 18, there is a worrying phone call from Felix which leads to panic for the Deveraux clan – and a shocking turn of events ensue.

But is she correct? And is Felix dead?