Emmerdale resident Will Taylor (played by Dean Andrews) has tried to get a hold on his life after his past as a drug dealer was revealed to those in the village. Now, a newcomer to the ITV soap seems to be on a mission to ruin things for good – what will it mean for his relationship with Harriet Finch (Katherine Dow Blyton) and has he accidentally put his family in grave danger?

Will came under fire after a gun was discovered in the home he shared with Harriet by his grandson Lucas.

Harriet Finch and Dawn’s boyfriend Billy Fletcher (Jay Kontzle) were in the house when Lucas appeared with the gun, leaving them horrified.

Harriet decided to take matters into her own hands as she gave the gun to Cain Dingle (Jeff Hordley) to dispose of. 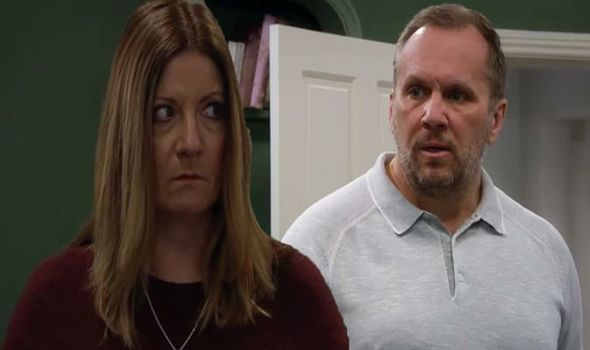 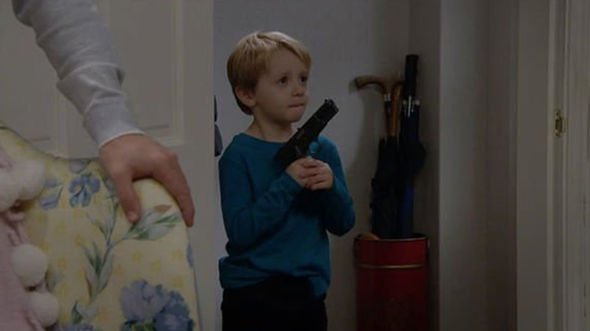 However, it quickly became clear that she had made the wrong decision as Cain accidentally shot his own son Nate Robinson (Jurell Carter) after a case of mistaken identity.

He ended up in hospital but Cain was quickly rumbled by Nate’s mum Cara (Carryl Thomas) who became increasingly suspicious.

Luckily, Nate made a quick recovery but unfortunately, the villagers responsible are not yet in the clear.

Today, a newcomer, DI Malone (Mark Womack), arrived in the village to get to the bottom of the details surrounding Nate’s shooting. 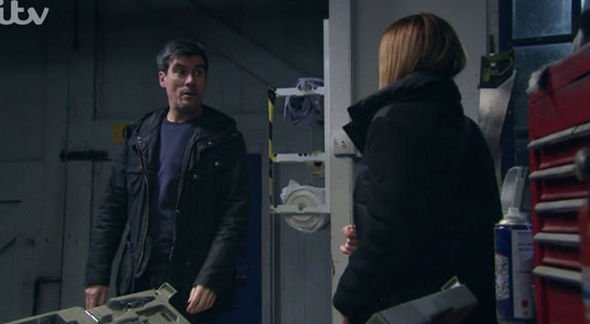 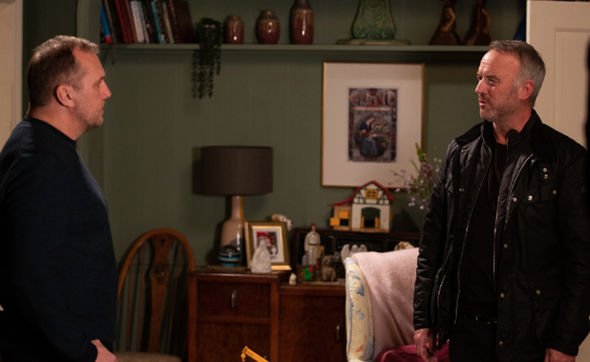 Cain disposed of the gun but tonight’s episode saw him in new danger as the police were granted a warrant to search the farm.

He came face to face with the policeman for the first time as he turned up on Cain’s doorstep.

He explained: “In a nutshell, that warrant gives us the license to search the premises, upside-down inside out. Surely it’s not going to be this easy, is it?”

Later on, the police turned up on another resident’s doorstep as ex-copper Harriet was met with a surprise when former colleague DI Malone arrived at their house.

As the pair caught up on the past, she told him: “Feel free to have a look around the house. It’s fine, we have nothing to hide. Do you want to start upstairs?”

“I’ve got a few questions of my own, do you mind if I leave you to it? It’s nothing to worry about, just a couple of things I need tidying up,” DI Malone told her.

Things soon took a dark turn as it emerged Will had worked for the shady policeman as he demanded to know where his gun was as he started to dig up dirt from the past.

Will continued to deny knowing the location of the weapon but the policeman wouldn’t back down, telling him: “Well I’ve got worse, so I’m going to ask you again, where’s my gun?”

He replied: “Gone, Cain Dingle destroyed it, I’m telling the truth I swear, it was him that did the shooting.”

Will pleaded: “What do you want from me? Please, Harriet, Dawn and her son, they’re not part of this.”

It’s clear there are things from the past Will has concealed from his family, could he end up in further trouble as DI Malone fails to back down?

Could Will have put his nearest and dearest in danger, and will his relationship with Harriet be at risk as his darker side is at risk of being exposed in greater depth?