Emmerdale resident Nate Robinson (played by Jurrell Carter) hasn’t had it easy since he arrived in the Dales last year. It emerged he was in fact the son of resident bad-boy, Cain Dingle (Jeff Hordley). Some ITV viewers were left baffled earlier this week after his death appeared to be confirmed by Ria Hebden on live on Lorraine in a huge blunder.

Mysterious Nate first showed up in the village last year, coming to work with Moira Barton (Natalie J Robb) on the farm.

However, what was unknown at the time was he was in fact the estranged son of Cain – his mum Faith Dingle (Sally Dexter) dropped the bombshell late last year.

Nate had pursued an affair with Cain’s wife Moira as it emerged after he had been looking for revenge after learning of Cain’s relation to him.

The events were enough for Cain to issue Moira with a divorce as Nate has tried to form a relationship with his dad. 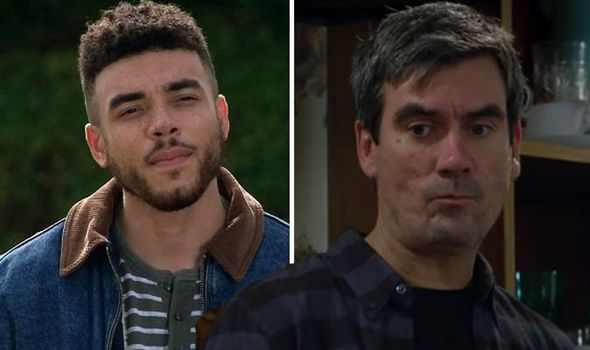 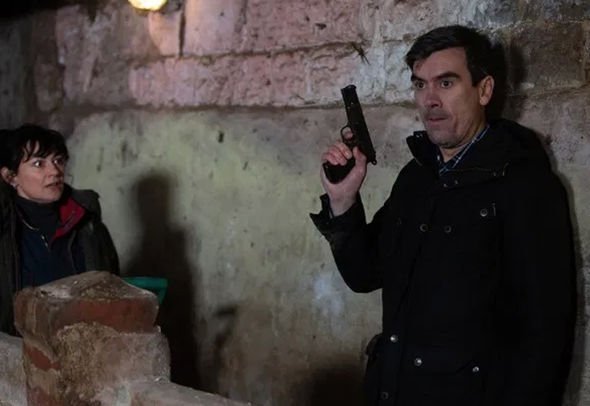 However, things took a dramatic turn in recent weeks after Cain dramatically shot Nate by accident.

It came after Will Taylor’s (Dean Andrews) past began to unravel when his young grandson, Lucas, found a gun in the house.

A worried Harriet quickly came up with a plot to get rid of the weapon as she passed it to ex-lover Cain Dingle, but it soon became clear it had fallen into the wrong hands.

When Cain’s estranged wife Moira Barton (Natalie J Robb) suspected she had rustlers on the farm, Cain came to her defence as he revealed he had a gun.

He shot Nate, believing it was someone breaking into the farm, which left him lying in hospital. 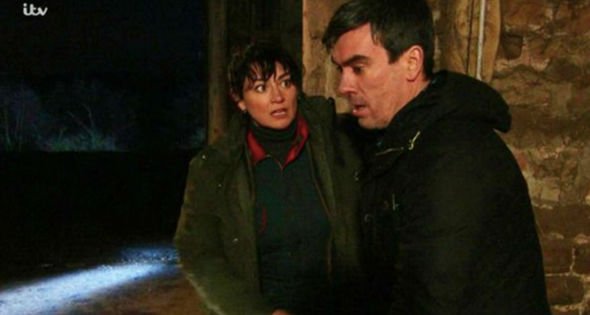 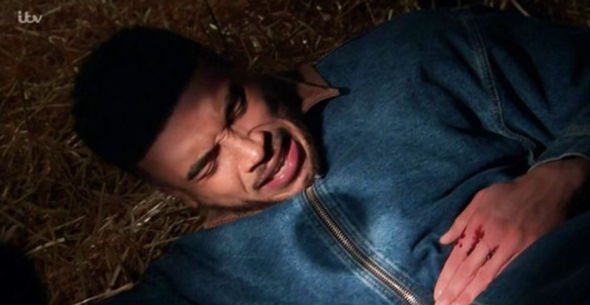 He managed to make a quick recovery and has been featured heavily on-screen in this week’s episodes.

Some fans were left baffled when showbiz reporter, Ria Hebden, appeared to ‘confirm’ the character had been killed off after seemingly making an error on ITV daytime show, Lorraine.

She told host Lorraine Kelly: ”I want to talk about Emmerdale cos it’s the aftermath of Nate’s death.”

Lorraine appeared to miss the error from the Ria as she nodded and continued: “Detective Inspector Malone is growing very suspicious of Cain,” before viewers were shown a teaser clip.

Fans were left baffled by the segment on Lorraine as Nate has managed to recover from the wound after there were initially fears around whether he would survive.

Taking to Twitter, one fan said: “Either she’s made a mistake or has released a spoiler on #Lorraine regarding #Emmerdale. What did she mean tonight’s episode is the aftermath of Nate’s death? He’s not dead? @reallorraine.”

Another echoed: “@emmerdale Nate has just been killed off on @Lorraine.”

“If Nate was dead he had a pretty good ghost in yesterday’s episode  #Lorraine #emmerdale,” joked a third viewer.

#Lorraine Sorry whose death in Emmerdale? Nate’s death? When did that (not) happen?” wrote a fourth.

Luckily, an unnamed show source has confirmed Nate Robinson is not set to die in the foreseeable future.

It would be a shame if the character was to exit as he has recently struck up a romance with Tracy Metcalfe (Amy Walsh).

Cara Robinson (Caryll Thomas) left this week after giving Tracy her blessing as her son decided to stay for his new lover – will the pair see romance continue to blossom or will there soon be trouble in paradise?