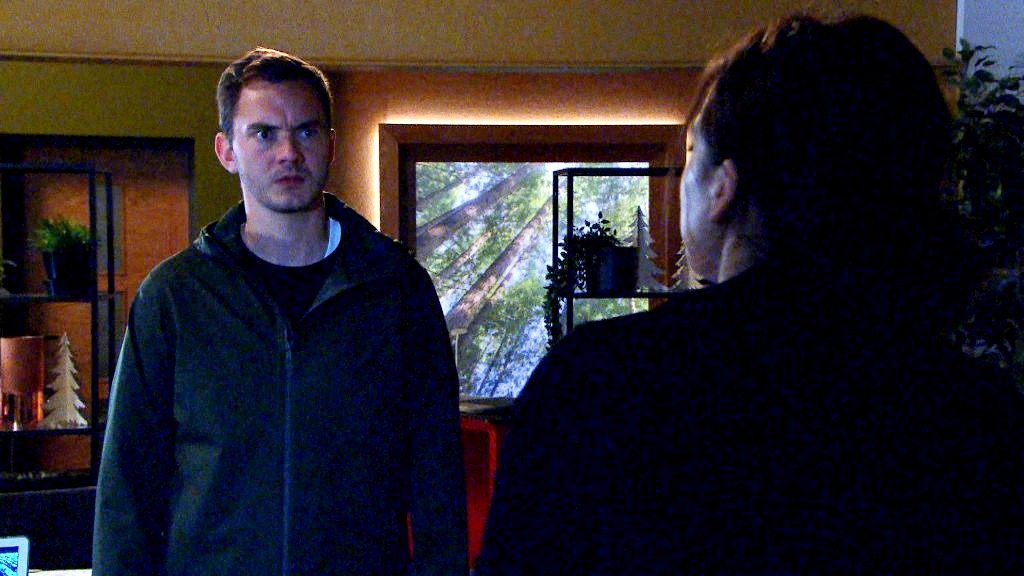 A showdown between killer Meena Jutla (Paige Sandhu) and Ben Tucker (Simon Lennon) looks set to end in death in Emmerdale when a fight leads to Meena being left out cold.

But has Ben killed her? And what leads to the shocking events?

When he hears he hasn’t got the job due to the survival challenge disaster, Ben is fired up about taking all the blame and convinces Aaron to keep Jai distracted while he goes to the HOP to find some evidence to clear his name.

Having broken into the HOP office Ben is at a loss after failing to uncover any new evidence on the bridge collapse. Ben finally turns to the body camera and is horrified as he watches the shaky footage of the attempted drowning of Victoria.

Ben calls Billy and begs him to come to the HOP and witness this disturbing footage, but Billy’s still annoyed after their earlier run-in and refuses.

Unbeknownst to Ben, Meena is sat with Billy and has heard everything about the potentially incriminating evidence.

Ben’s interrupted by a noise and finds Liv amongst smashed wine bottles as she drunkenly steals booze from the Hide. Ben orders her home, unaware they are both being watched by another intruder.

Ben’s left regretful after the continued confrontation with Liv turns physical and she ends up leaving with his phone. Ben’s surprised and unnerved when a smiling Meena then appears in the office.

Meena lunges to grab the camera from him but fails to wrestle it from him and he makes off with it.

Meena gives chase but slips in the wine Liv spilled earlier. As Meena lies lifeless on the floor, panicked Ben has no idea what to do. Is she dead and will Ben flee? Or will Meena come round and have her revenge?