Emmerdale resident Vanessa Woodfield (played by Michelle Hardwick) was left devastated to discover she had been diagnosed with bowel cancer. As her partner Charity Dingle (Emma Atkins) and the rest of her family have rallied around her for support, some fans of the ITV soap pointed out some inaccuracies from last night’s instalment, where Vanessa had an operation to try and remove the tumour.

Power-couple Vanessa and Charity have had a turbulent few months in the Dales after the latter became embroiled in a dangerous feud with Graham Foster (Andrew Scarborough).

When Graham was killed last month, Charity was one of the residents in the frame for his murder.

It came after she had left Vanessa at the altar to deal with Graham after he blackmailed her son Ryan Stocks (James Moore).

Although Vanessa later forgave her beloved fiancée, their happiness was short-lived after she received some sad news. 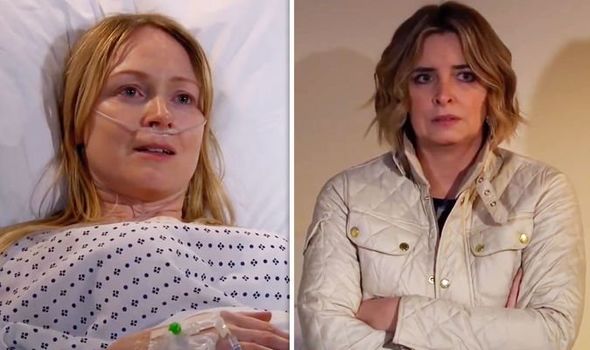 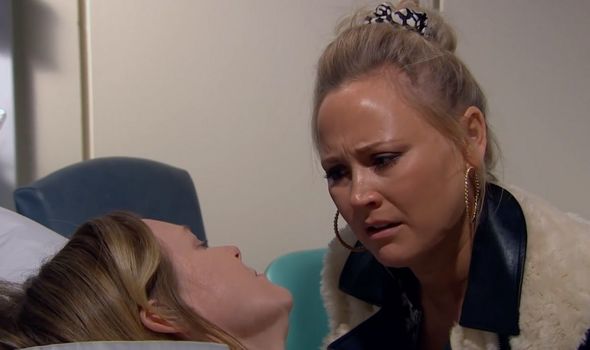 The vet was diagnosed with bowel cancer which she initially tried to hide from her family.

However, she was forced to reveal the news when she received a date for her operation on her birthday.

She was taken into surgery in last night’s episode to remove the tumours on her bowel and lymph nodes.

It came after she told her sister Tracey Metcalfe (Amy Walsh) she had made a will, but to not tell anyone. 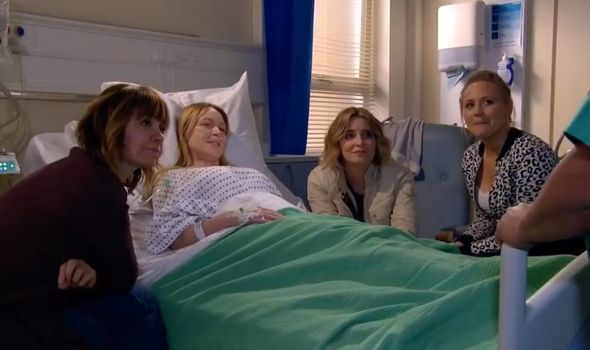 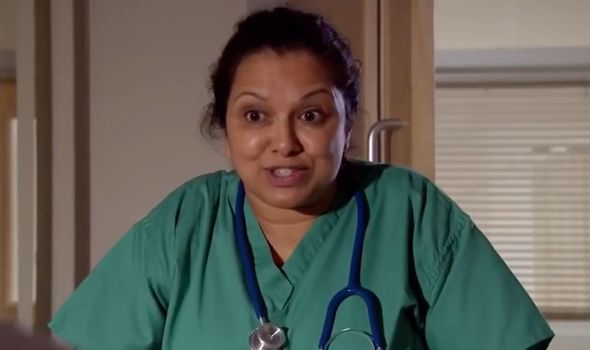 Later, Vanessa and her nearest and dearest, Charity, Tracey and Rhona (Zoe Henry), were informed the operation had been a success.

The surgeon told the trio: “You’ll also be relieved to find out how well your surgery went.

“I’m very confident we managed to remove the tumour and the affected lymph nodes. There were no nasty things waiting for us.

“As sure as it’s possible to be. And we were able to avoid fitting a stoma. You did brilliantly.”

Vanessa was left in tears after she discovered she would still have to have chemotherapy despite the good news.

“I’m afraid I’d still like to proceed with a course of chemotherapy. As we discussed in the clinic it makes sense to do a belt and braces job,” she was informed.

However, some viewers were left unimpressed by last night’s scenes and quickly took to Twitter to point out inaccuracies in the plot.

One wrote: “Sack the scriptwriters and researchers, or at the very least give them some life lessons! Vanessa had a major operation and taken back to the ward? Not intensive care of high dependency unit? #Emmerdale”

Another added: “I can’t believe Vanessa comes out of major surgery to remove the cancerous part of her bowel and doesn’t need a drip and morphine and hasn’t had a stoma fitted. But then soap operas aren’t real.”

“#Emmerdale Wouldn’t the tumour and lymph nodes go to pathology? Wouldn’t be able to tell her as soon as she comes round for goodness sake. Mind you it’s a tale,” added a third.

As Vanessa starts on her journey of chemotherapy, will she make a full recovery, or will there be more bad news in store?