Emmerdale resident Cain Dingle (played by Jeff Hordley) has found himself embroiled in a new feud with evil copper, DI Malone (Mark Womack). As he went to confront him last night, the policeman quickly got his revenge. However, some watching at home were left baffled after Cain’s garage was trashed but nobody in the village seemed to notice.

DI Malone entered the Dales last week to try and get to the bottom of the shooting of Nate Robinson (Jurrell Carter).

ITV viewers saw Cain accidentally pull the trigger on his own son as he protected his estranged wife, Moira Barton (Natalie J Robb).

However, it was Nate who was shot in a case of mistaken identity as Cain is now in danger of being prosecuted for his crime. 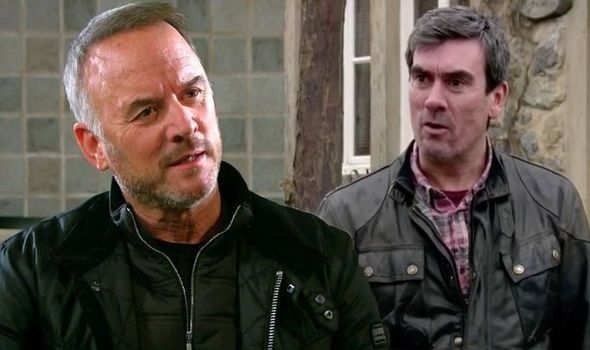 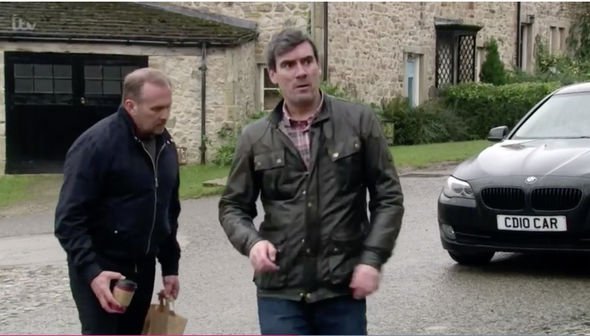 DI Malone arrived as it soon became clear there was unresolved history between him and fellow resident, Will Taylor (Dean Andrews).

Viewers know Will has a sketchy past and is a former drug dealer, who worked for Malone in the past.

Last night, Cain decided to take it upon himself to confront the policeman over his behaviour towards Will and urged him to leave him alone.

It seemed to be a step too far as Malone decided to show he meant business and wouldn’t be backing down anytime soon. 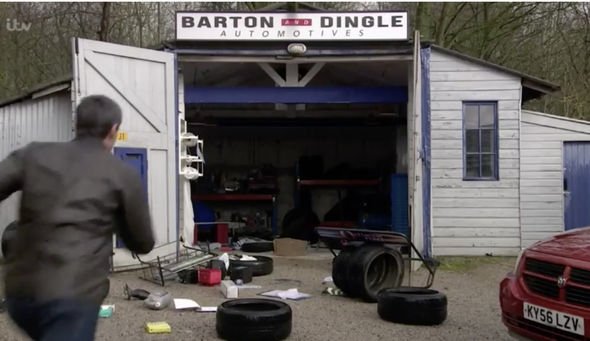 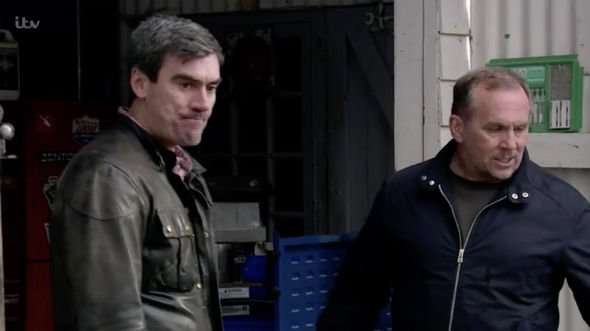 When Dan Spencer (Liam Fox) temporarily left the garage, Malone took the opportunity to demonstrate to Cain the lengths he would be prepared to go to.

Viewers were left baffled last night after Cain’s garage was trashed by the dodgy copper.

Cain returned to work to see Barton and Dingle Automotives had been wrecked, hours after he’d met with Malone.

However, nobody witnessed the events taking place, and viewers took to Twitter to question how he managed to get away without being seen.

One confused viewer asked: ”A little village like #emmerdale and nobody saw or heard Cain’s garage getting turned over?”

Another added: ”That garage gets turned over in that tiny village and no one saw/heard anything??!!!”

A third questioned: ”So the garage in the middle of a village has been smashed to bits in broad daylight and no one saw it??”

A fourth shared: “The garage gets ransacked and nobody in the village heard or saw it? Jeez-o.”

There was more harm to come as Cain received a phone call from Moira informing him one of her bulls had been slaughtered.

It soon became apparent DI Malone was behind the cruel act as she asked if Cain had recently made enemies.

Malone suggested harm could come to his young son, Isaac – what lengths will Cain go to in order to keep his family safe?

Could Cain accidentally end up putting his family in grave danger or will DI Malone have met his match?