Ron and Hermione’s first kiss was the moment ‘Harry Potter’ fans waited 7 movies to see. Emma Watson confessed during the ‘Harry Potter’ reunion that kissing Rupert Grint was ‘one of the hardest things’ she’s ever had to do.

Almost every aspect of the Harry Potter movies was touched on in the Harry Potter 20th Anniversary: Return To Hogwarts special, including Ron and Hermione’s first kiss in Harry Potter and the Deathly Hallows — Part 2. After years and years of build-up, these two characters finally locked lips in the Chamber of Secrets after defeating a Horcrux.

Emma Watson admits that she was “really scared we were never gonna get it because we just couldn’t take it seriously.” She and co-star Rupert Grint were constantly laughing as they tried to film the kissing scene. “I knew I was going to kind of have to be the one to kind of make this thing happen because Rupert was not gonna… so I just had to go for it,” Emma says in the special.

By the time they had to film the kiss, Emma and Rupert had known each other for nearly a decade. They had become close friends, which made it difficult for Emma to take the kiss seriously. “Kissing Rupert is one of the hardest things I have ever had to do. It just felt wrong. So wrong on every level because Dan, Rupert, and I are so much siblings,” Emma confesses. 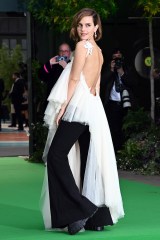 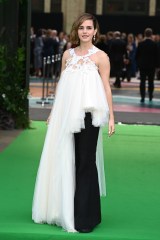 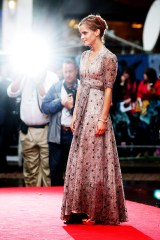 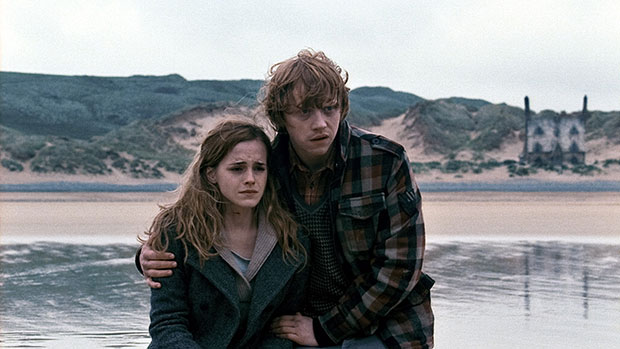 Ron and Hermione’s kiss is a game-changing moment for their characters. As every Harry Potter fan is aware, the pair ends up getting married and having a family. In the flash-forward at the end of the final film, Ron and Hermione have two kids — Rose and Hugo. Harry Potter 20th Anniversary: Return To Hogwarts is now available on HBO Max.