The contestants have been dealing with the fallout following Mad Movies night, which revealed clips of the islanders being tempted during Casa Amor.

Luca boiled over during the episode after being made to watch footage of Gemma and Billy talking, and nobody could convince the fishmonger that she wasn’t entertaining anything romantic.

Former politician Ed delighted in discussing the latest episode of Love Island as he fronted Monday’s GMB alongside Ranvir Singh, and he didn’t hold back his reaction. 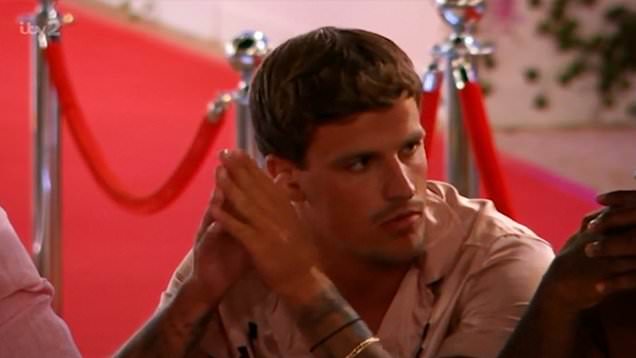 ‘I thought in the first week or so, Gemma, Michael Owen’s daughter, had a bad start, but actually, I think she has really done well,’ Ed began. ‘Luca, last night, it was disastrous. What was he doing?’

He continued: ‘They’re on a show called Love Island, right? They’re supposed to flirt with each other.

‘Luca and Gemma have been getting on really well, they were separated in different villas.

‘Gemma, as far as I can see, had a pretty mild conversation with Billy, and Luca last night was “I’ve been betrayed, no bird treats me like that”. It was awful!’

After Sunday’s episode, his loved ones posted some of the abusive messages directed at the Love Island star on Instagram.

They wrote: ‘Please, please, please stop messaging abuse. Luca can’t even see it… the people that love him most can.

‘I’ve just been sick from crying so much at the death threats (an hour on from that last story). How can people be so inhumane.’

Good Morning Britain airs weekdays at 6am on ITV and Love Island continues tonight at 9pm on ITV2.