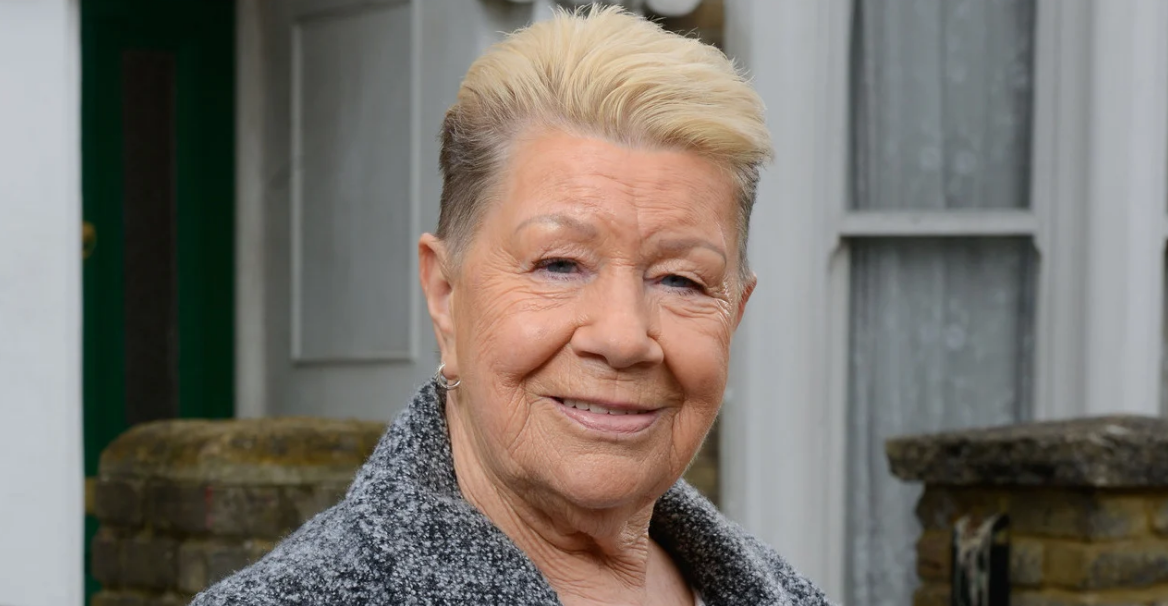 Fans were left mourning and Fat Elvis was left in a state by the dramatic news that Big Mo was the latest EastEnders exit to rock the Square, with speculation rife online among fans and others that the star, Laila Morse, had been axed.

But as we caught up with the iconic actress to get the real story on saying goodbye to Mo, she was as bemused as everyone to find herself on the cover of Sunday papers.

Here, she reveals the decision to say goodbye to Mo was hers entirely and promises we haven’t seen the last of the troublemaking scamster!

What was behind the decision for Mo to say goodbye?

I made the decision a while ago that I wanted to move to Spain so I let the team know that was my plan. They said they would love to have me come back now and again when there was a need for Big Mo to return which was lovely to hear. I mean it was ideal as this opportunity gave me the chance to spend more time in Spain, in the sunshine!

In real life – such as Brexit and the Covid-19 – got in the way of your plans?

Well yes! I mean obviously the situation of Brexit has changed a few things that now make it tricky for me to move out there permanently and then of course the pandemic has hit which has put everything on hold but I can’t complain as I’m in a very fortunate position.

Is it still your eventual hope to move to sunnier climes?

I’d love to! I love the sunshine so the chance to live abroad but have the opportunity to pop back to Walford when they needed me is just the perfect situation.

Were you surprised by the reaction you’ve had about you leaving?

Yes. I mean with what’s going on in the world I was surprised to be splashed across the front of a newspaper! But it has also been lovely to see how much Big Mo means to many people. So for those thinking Big Mo will be gone forever, I can tell you that is not the case.

When I first mentioned my plans to them they asked me if I would return – ‘of course’ I said. Why wouldn’t I? It’s a lovely place to work, I have lots of friends there so it’s not something I would even have to think about.

What were reactions from bosses Kate Oates/Jon Sen to you leaving?

Well it’s not unusual for people to come and go in soaps so I just explained that what I wanted to do which was to be abroad a lot more. They completely understood and asked if I would still be willing to return at times and of course I would! I love the show and have all my friends there. Popping back now and again is a lovely position for me to be in, especially if I could be sitting in the sunshine!

A lot of people are sad to see that Mo is going, it must be nice that there is still so much love for her!

Oh it is! I mean I have taken a break before so it is not a new thing for me but it is lovely to know that the viewers are going to miss her. I’ll miss her but it won’t be forever – it’s hopefully more a ‘hasta le vista’ than goodbye!

What is your favourite thing about playing Mo?

Well it’s never dull when she’s around is it? I love the relationship she has with her family, there isn’t a day that goes past where we aren’t all laughing. She gets to say a lot of things I wouldn’t dare.

Would you be mates with her in real life? I’d love to have a night in the Prince Albert with her!

I think I would actually. I mean I’m not sure I would buy any of her rubbish but I think she would be good fun to be around. It certainly wouldn’t be quiet!

Will you continue to watch EastEnders when you leave?

Of course. I will still keep watching and I will stay in touch with everyone. Like I said, when I knew they were keen to have me back again it was perfect. I mean you can never take anything for granted so that was lovely to hear.

What kind of form would you say the soap is in right now; and how hard are people working to get around Covid restrictions to bring the drama?

Well we consider ourselves lucky to be working right now, a lot of people are unable to do so. It has obviously changed a lot with how we film but we just all get on with it and try to make the best material we can. They have put so much in place to keep us all as safe as they can but also to keep the show on the road. We’re all very proud of what we are achieving.

What are you most looking forward to when Covid restrictions lift? How hard have you found things?

Well for me, getting out to live in the sun! I’ve always spent a lot of time in Spain but this time I wanted it to be a little more permanent but we will just have to wait and see when that will be now.

Have you a message for the EastEnders and Mo fans as you leave for now?

Well I haven’t gone yet! And hopefully it won’t be long before she is back again causing trouble…