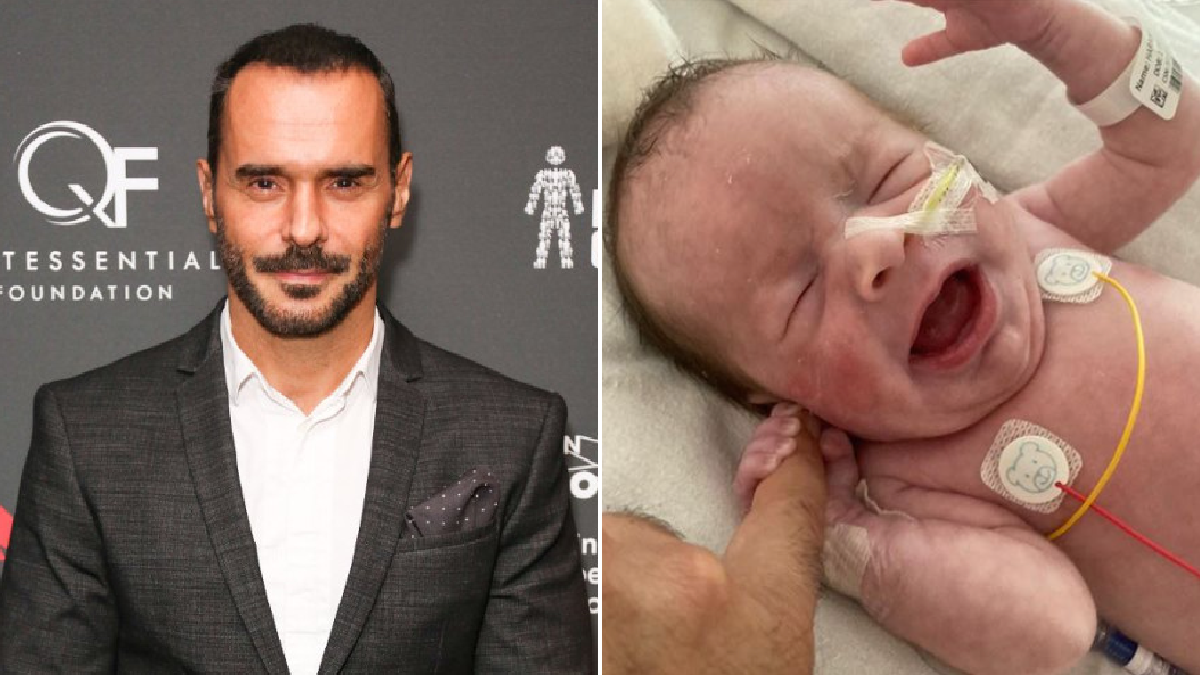 Michael Greco is hopeful that his newborn son Gianluca is ‘over the worst’ of his troubles.

He shared at the time that Gianluca had been born with gastroschisis, a rare genetic disorder when the baby’s abdomen does not develop fully while in the womb.

The soap star has now given fans an update on the baby boy, sharing a new picture of him on social media.

‘I have absolutely been overwhelmed by how many of you have contacted me about the welfare of my beautiful baba Gianluca,’ wrote Michael on Instagram, alongside the picture.

‘He has a few more weeks left in the hands of the experts at Great
Ormond Street Hospital.

‘Thankfully he seems to be over the worst of his troubles but it’s still
too early to see if his bowel will settle down and start to function
normally.

‘Probably the hardest few weeks of my life but we are so in love with this beautiful, strong boy and nothing else really matters right now.

‘Once again I thank you from the bottom of my heart for your incredible
support.’

Former co-star Tamzin Outhwaite, who played Mel Owen on EastEnders, commented: ‘oh my goodness… I had no idea he had been born. That’s incredible. sending you so much love and positive vibes. congratulations’

Michael revealed the birth of Gianluca to his followers in early July.

‘The little man was born prematurely due to the fact that previous scans had failed to pick up his rare birth defect called Gastroschisis.

‘The consultant suggested it was best for him to born early so that he could get the necessary care and attention.

‘‘He was born at University College of London Hospital @uclh Their staff were extremely professional and Mother and Baby could not have been in better hands. Dad was a “tad” emotional to say the least!’