Whitney Dean (played by Shona McGarty) handed herself into the police during the 35th anniversary of EastEnders after she killed Leo King (Tom Wells) in self-defence. After months of stalking and tormenting Whitney put an end to Leo, but her time in prison hasn’t been an easy ride and tonight saw Gray Atkins (Toby Alexander Smith) drop her case. Is this the end of Whitney Dean?

Last week Whitney was denied bail after Leo had his suspicions about whether she was telling the truth or not.

As viewers know, when Leo was killed, Whitney left him on the kitchen floor and rang Mick Carter (Danny Dyer) to come and help her.

He convinced her to take the murder weapon in her bag to the anniversary boat party and throw the knife over the edge and into the Thames.

However, Whitney had been keeping her interaction with Mick a secret in the hopes she would be let off claiming self-defence. 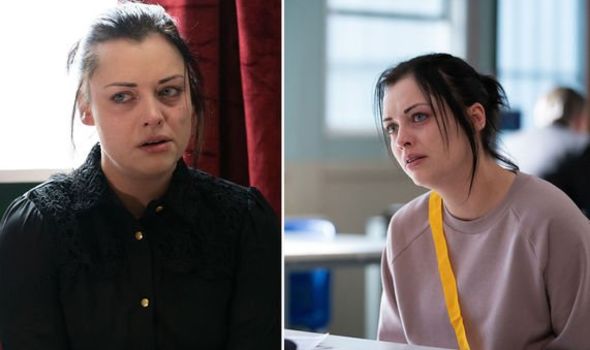 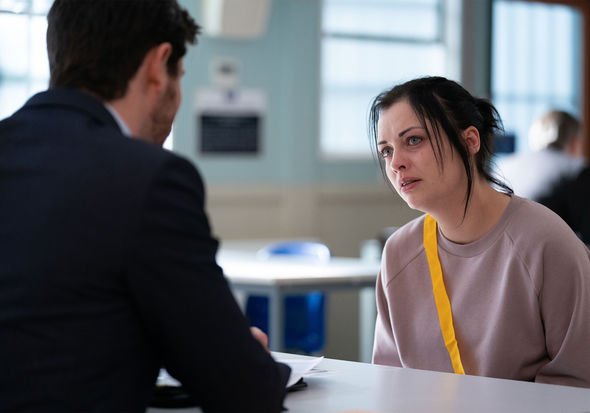 Tonight, however, saw the aftermath of Gray’s suspension from the law firm, but this left Whitney vulnerable.

Whilst waiting for Gray to turn up for their meeting, a prison guard told her that her visit had been cancelled.

Whitney said: “No it hasn’t. He can’t have cancelled. He’s my solicitor.

The guard was quick to explain: “He left a message. He’s not going to be representing you anymore.”

What does this mean for Whitney? Gray was seemingly perfect to represent her, but it all depends now if she can find someone else, and quickly. 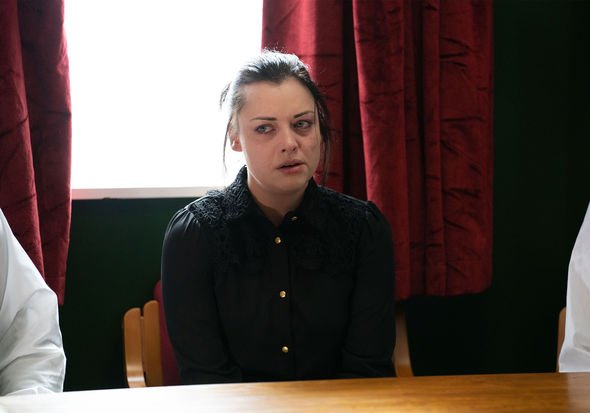 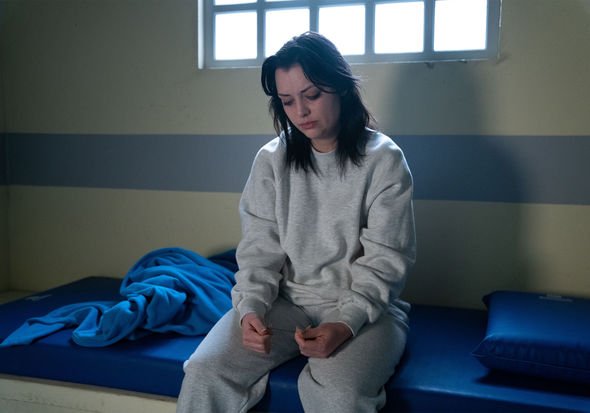 At the end of tonight’s episode, the guard returned with Whitney’s food tray, but the Albert Square resident was sitting with bloodied knuckles and told him to take it away.

He told her not to be stupid and she said: “Maybe that’s what it will take to get people to listen.

“I’m not that person the lawyer said I was. I ain’t going to eat another mouthful until they start listening.”

But what does this mean for Whitney? Will anyone be able to come in and save her or will she be left in the cell for good all because she was trying to defend herself against the sinister Leo King?

Elsewhere on the Square, things went from bad to worse for Gray as Chantelle Atkins (Jessica Plummer) came in with a box of his possessions from work.

Gray is known for his abusive behaviour and viewers have watched in horror over the last six months as he has abused his wife.

It has gone from emotional to psychological to physical abuse and tonight was the tipping point when he blamed Chantelle for making him represent Whitney to begin with.

He held his wife up to a wall holding on her hair as he blamed her for making them move to Albert Square in the first place.

Mitch Baker (Roger Griffiths) has been getting more and more suspicious of Gray’s behaviour over the last couple of months.

This week however will see him get the wrong end of the stick and accuse the abuser of an affair.

Will Mitch finally be able to save his daughter from this monster?

Or will Chantelle have to force herself to leave after months of abuse?

EastEnders continues on BBC One tomorrow at 7.30pm.