Ruby Allen (played by Louisa Lytton) has convinced Martin Fowler (James Bye) she’s pregnant with his child but not everyone in Walford is buying her good news. Stacey Slater (Lacey Turner) has been determined to prove the club owner was behind Kush Kazemi’s (Davood Ghadami) escape plot but will turn her attention to Ruby’s pregnancy in EastEnders. However, will Stacey succeed in exposing her former friend or will she push her closer to ex-husband Martin?

Ash Panesar (Gurlaine Kaur Garcha) tries to reach out to her ex-girlfriend but Iqra ignores her apologies.

Peter Beale (Dayle Hudson) finds Ash along in The Queen Vic and encourages her to go out with him to get over Iqra.

Meanwhile, Iqra chats to Martin in the cafe who inadvertently lets slip Ruby is pregnant. 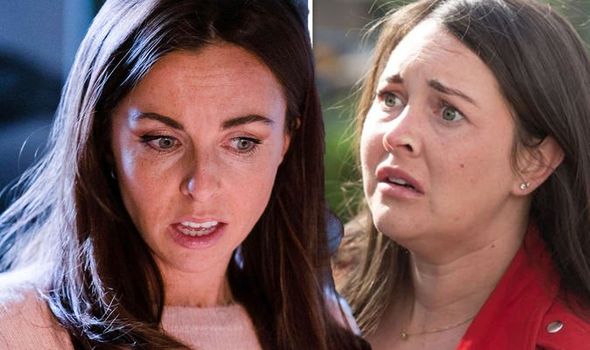 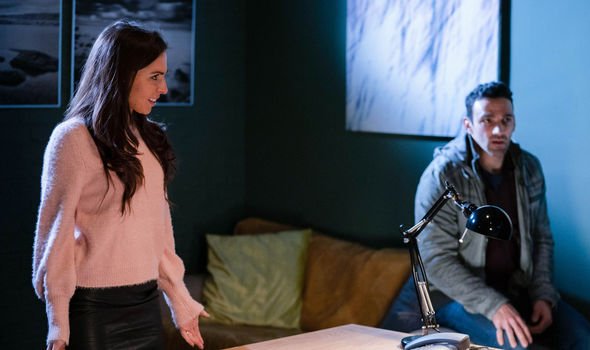 Iqra’s left hopeful the change in Ruby’s circumstances could lead to the club owner taking pity on her pregnant sister.

Vinny Panesar (Shiv Jalota) begs his sister’s ex-girlfriend not to punish her for his mistake but she refuses to listen.

Iqra congratulates Martin and Ruby before telling them about Jags and Habiba Ahmed’s (Rukku Nahar) news.

Martin dismisses the revelation and reiterates how grateful he is to see Jags getting the punishment he deserves in prison. 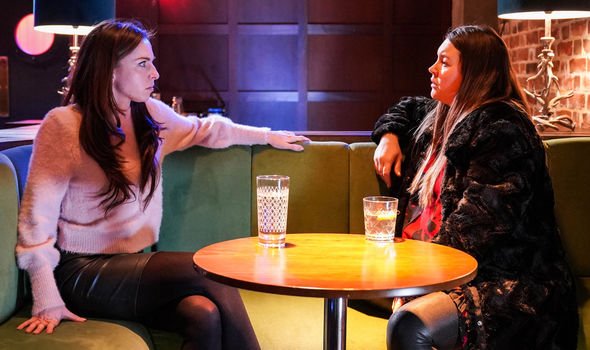 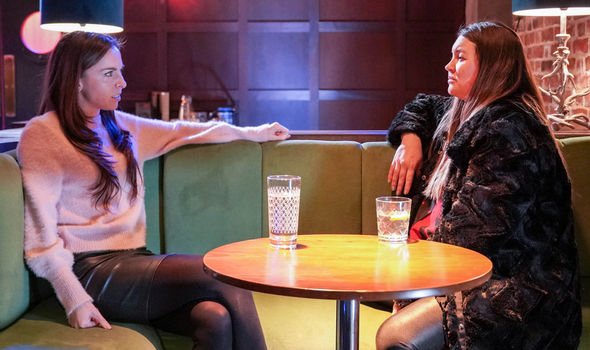 Later, Iqra visits Martin and tells him Ruby was responsible for his attack and Jags is innocent.

The security guard is horrified and turns to Kush for help but the market trader is wary of criticising the club owner.

Kush then tells Stacey what has happened and finally admits Ruby was behind his escape with Arthur.

The mother-of-three is furious with Kush but accepts he was afraid there was no other option for him left if he wanted to spend time with his son and avoid prison.

Stacey is adamant Ruby is responsible for all of the Slaters’ hardship in recent months and accuses her of faking her pregnancy to keep Martin close.

She decides to take matters into her own hands and marches over to the club telling Kush to meet her there.

Viewers will see Stacey pretend she wants to make peace with her former friend but she soon reveals her motive.

Ruby tries to shrug off her accusations but she could be left mortified if Stacey asks her to prove she’s pregnant there and then.

Ruby knows Martin’s children mean everything to him and how devastated he was by Kush’s disappearing act.

EastEnders fans know Ruby has faked her pregnancy to keep her husband close after fearing he wanted to leave her.

But she may feel it would be easier to pretend she’s lost their baby rather than admit to paying Kush to take his son out of the country.

Will Stacey blackmail her nemesis into doing a pregnancy test to keep Martin from finding out the truth?

EastEnders continues on BBC One Friday at 8.10pm.