EastEnders resident Phil Mitchell (played by Steve McFadden) finally discovered his wife Sharon Mitchell’s (Letitia Dean) infidelity with Keanu Taylor (Danny Walters) at the end of last year. However, more tragedy struck when Phil’s adopted son, Dennis (Bleu Landau), died after the boat party last month. Now, could he be in danger of taking the blame for Dennis’ death as the pair clash in a major way next week?

Tensions came to a head between Sharon and Phil last Christmas after the latter discovered he was not the father of his wife’s soon-to-be born baby.

Phil subsequently chucked Sharon out of the Mitchell household as she asked Ian if she could stay with him in the meantime.

However, as she made preparations to flee Walford with her son Dennis and his newborn sibling to start a new life away from the Square.

Things failed to go as planned when Dennis put himself in danger after ending up on the boat party with Ian Beale (Adam Woodyatt) was on the warpath. 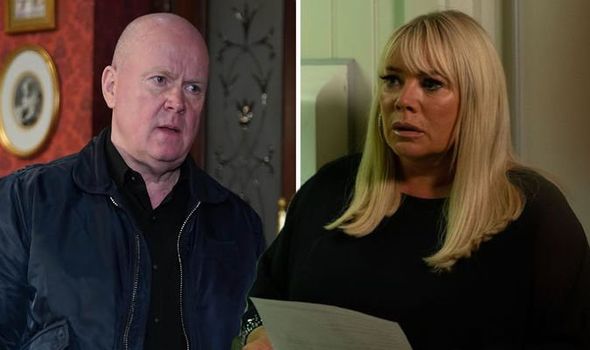 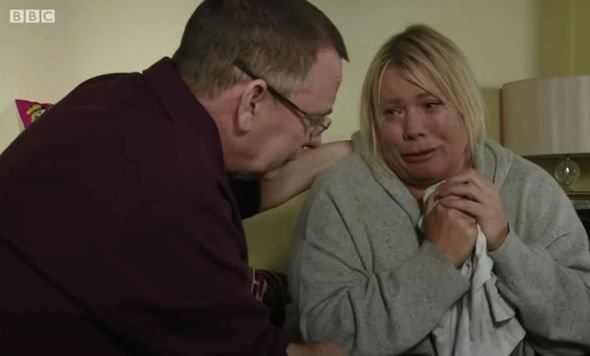 He discovered Sharon’s son was responsible for the online abuse his son Bobby Beale (Clay Milner Russell) had received, which led to him being viciously attacked.

Ian decided to lock Dennis in a room on board the boat but lost the keys when the vessel started filling with water.

It was a decision that later proved fatal as Dennis failed to escape the boat in time and didn’t survive the events of the evening.

At the same time, Sharon was in labour with Kathy (Gillian Taylforth) by her side as she was none-the wiser to what she was about to discover. 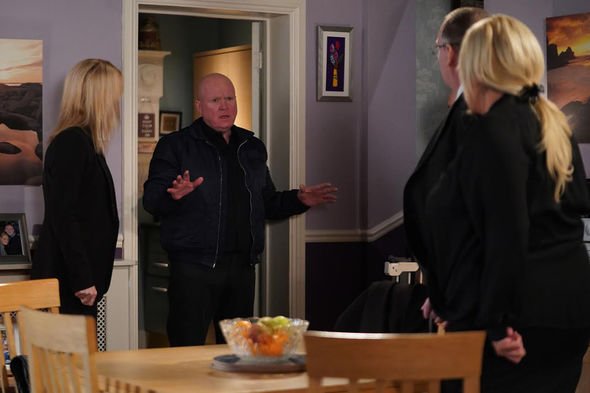 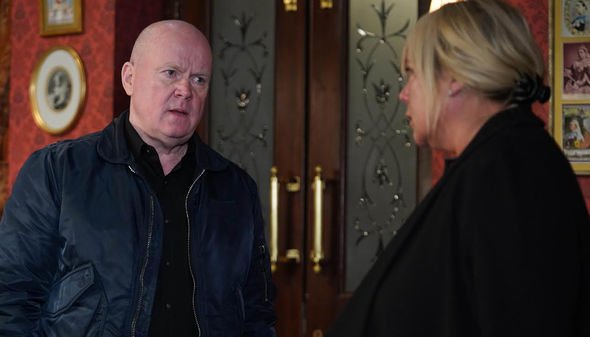 She gave birth to a baby boy, Kayden, but moments later, Keanu came to inform her of her son’s death.

Keanu quickly left Walford for good after Sharon told him she never wanted to see him again but someone else will continue to feel the wrath of Sharon as she struggles to deal with her grief.

Sharon is currently unaware of Ian’s role in her son’s death as he has continued to be wracked with guilt over what he has done.

Ian and his mum Kathy have rallied round Sharon as she continues to find it difficult to come to terms with her loss.

This week, things will step up a gear as Sharon will have to say goodbye to her son as his funeral approaches.

As Sharon prepares to leave, she is met by an unexpected visitor, leaving her thrown.

Estranged husband Phil will show up unannounced at the Beale’s household and asks to speak to Sharon.

However, a grieving Sharon will instantly point the finger at her estranged husband and blame him for Dennis’ death.

The pair quickly clash, but with Phil unaware of Ian’s involvement in Dennis’s sudden death, could he take the wrap for the tragic events?

If Phil admits he is to blame, could he end up in trouble with the law if Sharon decides to phone the police?

In reality, it is Ian who should be taking the blame as his secret doesn’t look to stay that way for much longer.

Will Ian finally confess to Sharon what he has done, or could he take desperate measures to ensure she doesn’t hear the truth?

EastEnders continues on Monday at 8pm on BBC One.