Linda Carter (played by Kellie Bright) jeopardised her marriage when she continued to prioritise her alcohol addiction over her marriage despite numerous pleas from Mick Carter (Danny Dyer) to get help. But, when the landlady almost lost her life in EastEnders’ tragic Thames boat accident, she realised she wanted her marriage to work and the couple have been getting back on track ever since.

Linda left Mick devastated when she served him with divorce papers in the lead up to the Queen Vic’s celebratory boat trip on the Thames.

She felt as if the Carter’s were conspiring against her to take Ollie away and decided she needed to act first.

After months of hitting the bottle, Linda’s addiction took a heartbreaking turn when she put Ollie’s life in danger.

While looking after him, she turned the oven on before passing out drunk and when the fire alarm went off, Ollie ran away looking for a quiet space to hide. 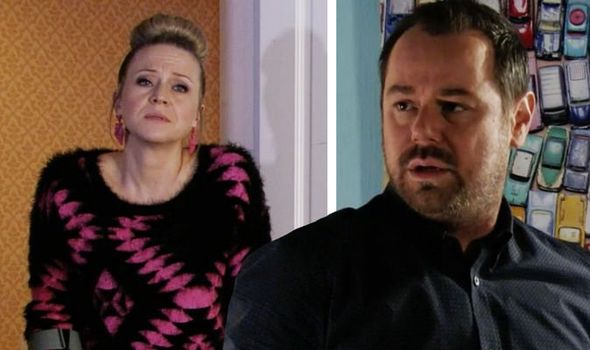 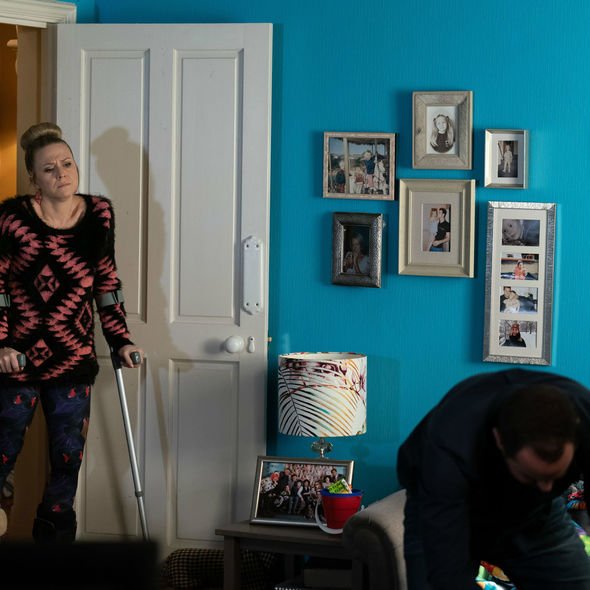 Mick found Ollie on the roof of the Queen Vic and luckily his son was unharmed but the incident kicked off a series of events that led to Linda resorting to divorce.

However, Linda had a change of heart just before the Queen Vic punters were due to leave the Square for the boat party, but changed her mind when she saw Mick with Whitney Dean (Shona McGarty).

She then got drunk and embarrassed herself in front of her punters on the boat by insulting Mick and accusing him of having an affair with Whitney.

But, when she went off in search for more alcohol, Mick chased after her when he realised the boat was sinking and his wife was in danger. 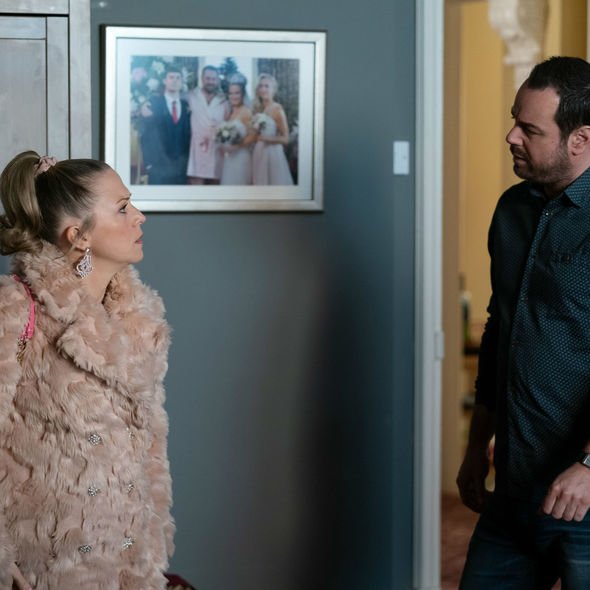 Mick found Linda trapped below deck and they pair reconciled as the room before being rescued.

Since the incident, the landlady has been doing everything she can to prove to Mick that she wants to change and even attended her first Alcoholics Anonymous meeting.

But, in upcoming scenes, Mick will make a life-changing decision about the Queen Vic to ensure Linda’s sobriety isn’t damaged by their choice of work.

The EastEnders favourite has been pulling pints ever since he joined the soap in 2013 but Mick will be selling up and moving out of the Queen Vic.

As Linda continues get a grip on her battle with alcoholism, Mick will decide its best to move leaving an empty spot behind the bar.

A soap insider told The Sun: “With Linda struggling to quit booze it makes sense Mick moves the family out the pub.

“His decision will spark a bidding war between some of the residents who fancy taking on the biggest job in Walford.

“Viewers will be sad to see Danny no longer behind the bar, but that doesn’t mean he won’t return at some point in the future.”

While the Carters move out of the pub, could Mick be planning a life away from Albert Square and a fresh start for his family?

The family have been through some tough times in Walford and it might be time for them to leave a number of bad memories behind.

However, with Mick and Linda out from behind the bar, Sharon Mitchell (Letitia Dean) and Phil Mitchell (Steve McFadden) are set for an explosive battle.

Sharon grew up in the Queen Vic and the Mitchell dodgy dealer will be determined to stop his ex-wife getting what she wants.

EastEnders continues tonight on BBC One at 8pm.