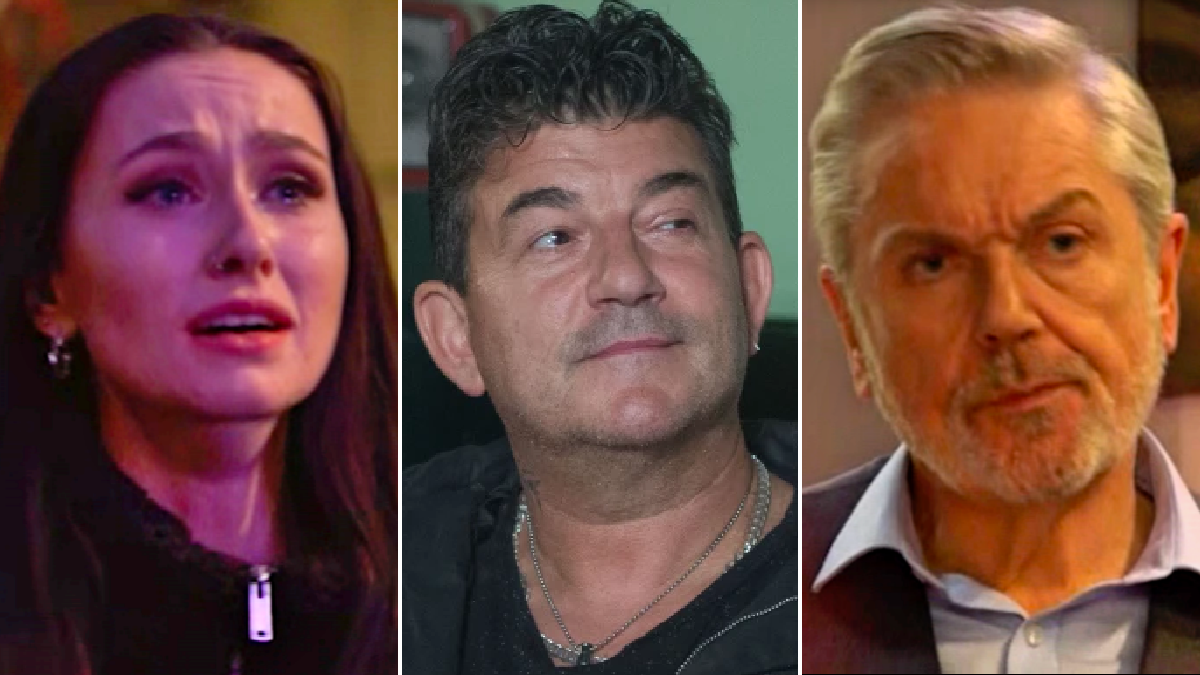 EastEnders does love a good twist, and this year’s festive outing delivered the mother – or father? – of them all, as Dotty Cotton (Milly Zero) discovered that her uncle Rocky (Brian Conley) might actually be her dad!

Did not see that one coming!

The troublesome nightclub manager was hellbent on supporting her mum Sandy Gibson (Martha Cope), who rocked up on Christmas Eve, after going missing several weeks ago.

Sandy, knowing that Rocky wasn’t actually Sonia Fowler’s (Natalie Cassidy) father, proceeded to taunt him, prompting Rocky to reveal that he was the one who called the ambulance when she overdosed a couple of weeks ago.

Dotty, however, overheard the revelation, and – heartbroken – railed at her uncle for lying to her when she was worried sick about her mum’s whereabouts.

With the meal well underway, she decided enough was enough, and exposed Rocky’s true identity in front of all those in attendance.

Sonia was heartbroken, as was Kathy Beale (Gillian Taylforth), who kicked him out of her home before bursting into tears.

Sandy, meanwhile, berated Dotty for blowing the big secret, claiming that they could’ve ‘milked’ that one for years to come.

Conflict ensued between the mother and daughter duo, as Sandy set off once more. Before departing, however, she dropped a huge bombshell on Dotty, claiming that the legendary nasty Nick (John Altman) isn’t actually her dad.

But who is? Well, Rocky, of course!

Dotty was speechless, and pleaded with her mum to tell her if she was just fibbing, or if she was being honest.

Sandy, however, opted to keep this information close to her chest. If proven true, this is a huge ‘retcon’, given that Dotty has always been known to viewers as the daughter of nasty Nick.

EastEnders continues Boxing Day at 10pm on BBC One.